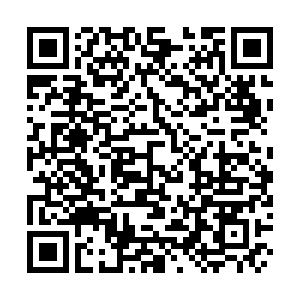 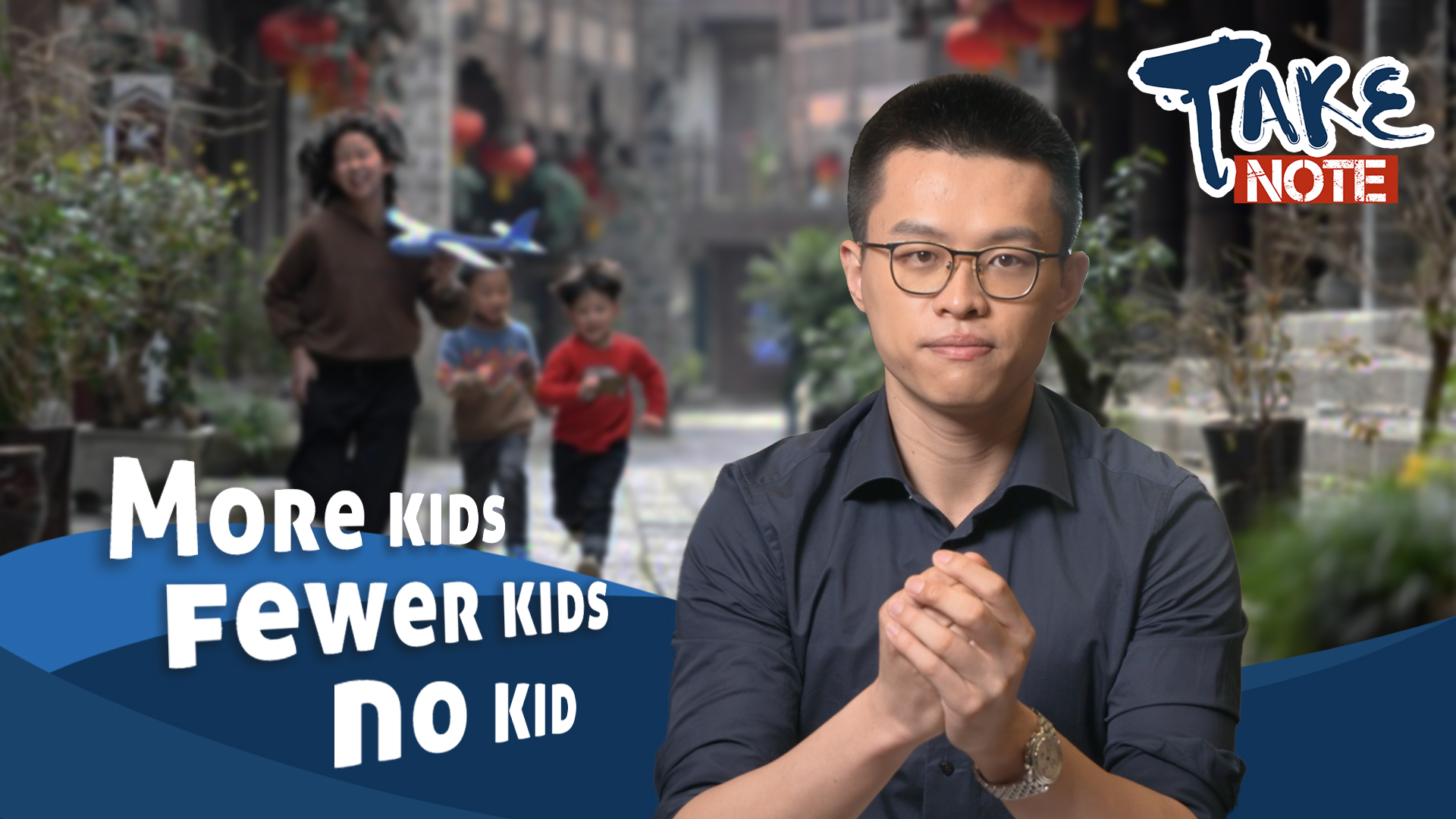 Editor's note: The video column does what the name says – take note of ideas that may make people uncomfortable. By taking notes and breaking down various opinions, we try to provide an alternative line of thinking that will hopefully generate deeper discussions. As China's Two Sessions kicks into gear, CGTN Take Note takes you to the street to hear how the public views one of China's most pressing issues: the demographic problem. We asked several citizens and experts for their thoughts and here's what they had to say.

Ms. Li, a human resources officer, said that "If the population continues to decline, it will have an impact on society as a whole. And it will affect every aspect of our own lives."

China's birth rate has been falling. To slow down the fall, the Chinese government adopted the two-child policy in 2016. Couples were allowed to have a second child. But it wasn't enough. Ten million babies were born in 2021, down from 12 million recorded in 2020 and 14 million in 2019. As a result, 2021 saw the slowest population growth in nearly 60 years. It grew by only 480,000 people. Meanwhile, the population of over 60-years increased by more than 3 million from 2020 to 2021.

An aging population presents legitimate concerns for our economy and society. As a result, the nation is calling for more newborns. But, people aren't just numbers on paper. For the general public, every adult has his or her own priorities when it comes to life choices. Having kids is a choice and a very personal one.

In between lies, for the lack of a better word, the "conflict."

Ms. Li, a stay-at-home mom, said in the interview that "for example, as far as I'm concerned, I think it's financially stressful to have even just one child now because we tend to give our child better natal and prenatal care and a better upbringing nowadays." A lot of manpower and material resources have been invested in the kid, she said. "So I think this is why many young adults choose not to have children. A major factor is the economic concerns," Li reasoned.

Mr. Li, a media professional, said that he feels everyday living pressure, pressure from work and family pressures are all pretty heavy.

University student Ms. Lin believes the source of the pressure and burden is education. "Taking myself as an example, my parents invested most of their resources into my education during my upbringing. So I feel that if every kid takes up that much investment, it'd be quite a heavy burden for the parents," she said.

Pressure, pressure, pressure, and expensive, that's what you hear. When people talk about having children in China these days, they usually ask two questions: First, do we want to have children? Second, can we afford to have one?

The rising standard of life created by China's economic development is making the idea of raising children more daunting. As you can see from the people we talked to, if you want to do it right, it means more time, energy and money invested. But then, the lack of kids could make sustaining that standard difficult. So the fear is that, without enough population growth, we wouldn't be able to maintain the economic growth we've enjoyed for the last decades.

Yong Cai, Assistant Professor of Sociology at UNC-Chapel Hill, said that "We will see a gradual shrinkage of the so-called young labor force if we define that from roughly 20-30 years old. That's a fact because that generation has been born, and we will see a gradual decline. But, at the same time, the old generation will grow." And according to Yang Jinrui, the deputy director of China's National Health Commission's population surveillance and family development department, the window for reaping demographic dividends is about to close.

The question is what should the government do?

Ms. Li, a stay-at-home mom, told us that "I think that housing, especially to control the high housing prices in cities such as Beijing, is important, as well as increasing the income of young people. Couldn't their income be increased? Changing (the situation) would be a very realistic problem." And that improving economic status is a very realistic question.

Media professional Mr. Li believes it's about strengthening the supportive measures. "For example, China has a very good policy, the special individual income tax deductions. I think more items could be added to the tax-deductible categories. This could alleviate the financial pressure that every family is facing right now, such as the upbringing of children, the cost of food and clothing, education and so on," he said.

Ms. Li, the human resource officer, looks at the issue from the employment of women. She believes that, if more "safeguards" are provided, then female employees would feel safer. "Because workplace competition is pretty intense right now, especially if the female employee gives birth to a second or third child, her career path might be affected. So I think there are areas between employers and employees and job security that need to be strengthened," she said.

We also posed questions to Dr. Justine Coulson, UNFPA Representative in China. From her position at the United Nations, how's she viewing China's government's performance on this issue so far? And what more does she expect the government should do?

Dr. Coulson told us that the interesting thing about China is that the total fertility rate is about 1.3. But looking at it differently, if we look at how many children would people like to have, that number is about 1.8. This gap between the two numbers is what needs to be kept in mind when making policy decisions. "Are they adequate to really shift from that 1.3, the reality now, to that 1.8 in terms of enabling couples to really fulfill their fertility desires? So what we know globally is that it's important to have a package of different investments rather than just focusing on one particular element of support," she said.

But Dr. Coulson also believes that we have to be realistic about this. "So when we look at countries that have looked at their current low fertility and they've come up with a range of policies and packages to try and support couples to have more children, the trend we tend to see is… you will see a sudden bump or increase in fertility. But that won't get sustained," she said. Looking at the global landscape, she said that there aren't countries that have introduced policies or interventions that's taking the country back to the old days of replacement fertility at 2.1 or even 2.4. "So, we do need to be realistic about this," she said.

Being realistic means we have to ask a very realistic question: Is this going to hurt the economy? If it is hard to get back to the previous birth rate, we may have to work with the birth rate we could achieve.

I asked Coulson the question. What she told me is that we may have to think about this in a different way. She said that by 2050, 50 percent of the Chinese population will still be productive labor force. It is still a large pool of people. But, the way of "working" might be changing considerably. So the size of the new labor force might not be necessarily as important as its quality of it.

She believes that many labor-intensive jobs and roles we see today will be completely transformed over the next 20 to 30 years. So, having a large labor force may not be as important as having a well-educated, productive labor force.

What we see through these conversations we've had is that the "conflict" is rather a pool of different interests. Each individual has his or her own demand, and each requires an individual solution. And while the nation is calling on to have more children and doing all it can to facilitate that, the policies have to be humanized. There needs to be more high-quality supportive policies and mechanisms to help the people choose.