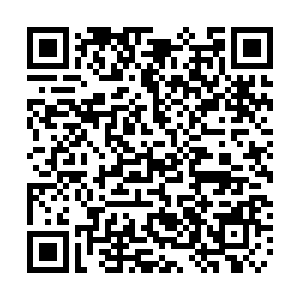 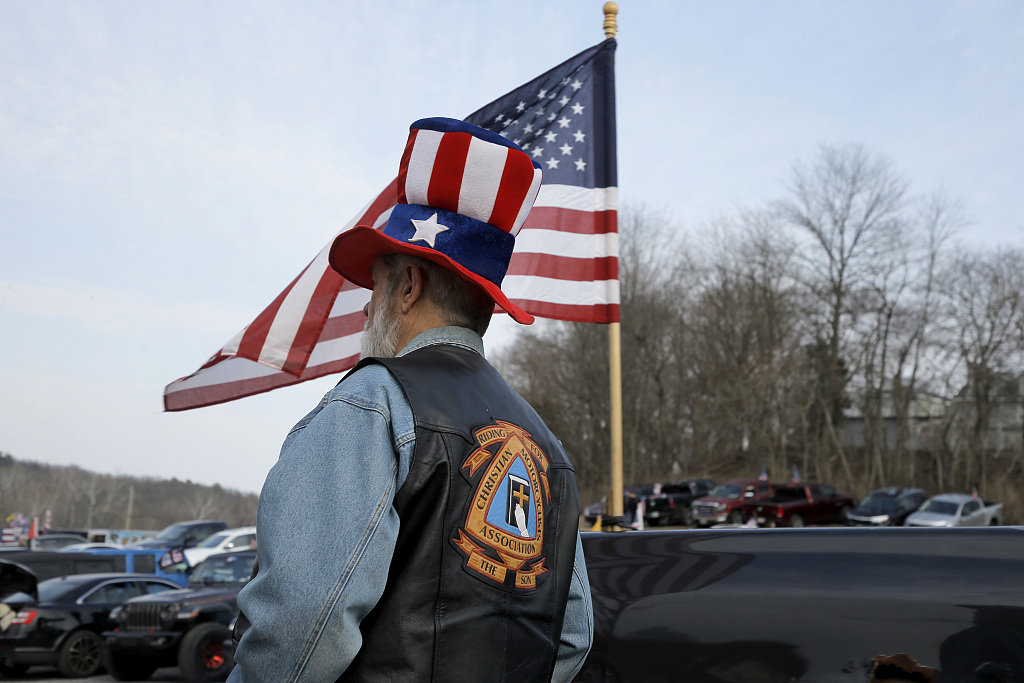 A man walks past an American flag during "Peoples Convoy" as it pauses for a second day at the Hagerstown Speedway in Hagerstown Maryland, U.S., March 5, 2022. /CFP

A man walks past an American flag during "Peoples Convoy" as it pauses for a second day at the Hagerstown Speedway in Hagerstown Maryland, U.S., March 5, 2022. /CFP

Opponents of restrictions intended to curb the spread of COVID-19 rallied at U.S. state Capitol on Saturday, calling on attendees to remain politically active in hopes of electing more conservative lawmakers.

Titled "Government Resistance Impedes Tyranny", some 700 people showed up for the demonstration, according to the Washington State Patrol. Some local semi-truck drivers and other vehicles participated in a convoy to attend the protest.

Though some of the mandates in the United States have already ended, such as a vaccine requirement for large events that was lifted March 1. A statewide mask requirement for schools, grocery stores, bars and other businesses is set to end on March 12.

The rally was organized by a coalition of groups. Some attendees carried flags and signs decrying "tyranny."

Several conservative political activists and politicians used the event to give stump speeches and to raise money for various lawsuits against state agencies.

The U.S.'s COVID-19 cases and deaths remain among hardest-hit countries worldwide. As of Sunday, it had a confirmed total of 79,265,854 COVID-19 cases and 958,437 deaths since the start of the pandemic, according to data from Johns Hopkins University.