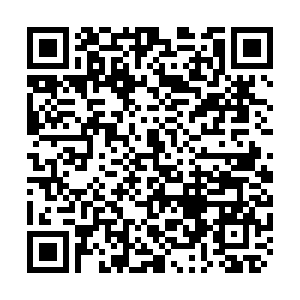 Iran and the International Atomic Energy Agency (IAEA) agreed to a roadmap on Saturday to resolve Iran's nuclear safeguards issues by June, a vital step as talks in Vienna over reviving the 2015 Iran nuclear deal enter the final stage.

The IAEA released a joint statement by its Director-General Rafael Grossi and the President of the Atomic Energy Organization of Iran (AEOI) Mohammad Eslami, after the two met in Tehran on Saturday.

The statement said the AEOI will provide to the IAEA written explanations about nuclear materials found at undeclared sites in Iran by March 20. By June, the IAEA chief will aim to report the conclusion on the issues after the agency's review.

The two sides agreed on the roadmap as negotiators in Vienna said they are close to reaching a deal on restoring the Iran nuclear deal, formally known as the Joint Comprehensive Plan of Action (JCPOA).

Enrique Mora, the European Union's coordinator for the Vienna talks, tweeted on Thursday that the negotiations have entered the "final stages," but "some relevant issues are still open and success is never guaranteed in such a complex negotiation."

Iran's safeguards issues are reportedly one of the outstanding issues in the negotiations in the Austrian capital. Safeguards, in the IAEA's parlance, refer to the agency's inspections and verification of a country's nuclear program.

Grossi on Saturday said in Tehran when meeting Eslami that the Vienna talks and the Iran-IAEA cooperation are interrelated, adding that if Iran and the IAEA do not reach an agreement on safeguards issues, it will be difficult to reach an agreement in Vienna.

Eslami said that one of Iran's red lines at the final stage of the Vienna talks is that "the alleged cases should be closed forever and do not cause any inconvenience."

Iranian Foreign Minister Hossein Amir Abdollahian also highlighted on Saturday the need for an independent, professional and impartial approach by the IAEA to Iran, according to the foreign ministry website.

The JCPOA was signed in 2015 between Iran and the P5+1 (namely the five permanent members of the United Nations Security Council – China, France, Russia, Britain and the United States, plus Germany), together with the EU.

However, former U.S. President Donald Trump unilaterally pulled Washington out of the pact in May 2018 and re-imposed sanctions on Iran, which prompted the latter to drop some of its nuclear commitments and advance its halted nuclear programs.

Since April 2021, Iran and the five remaining parties to the JCPOA have held rounds of talks in Vienna to revive the deal.