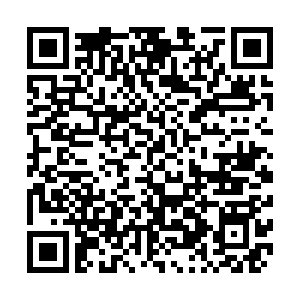 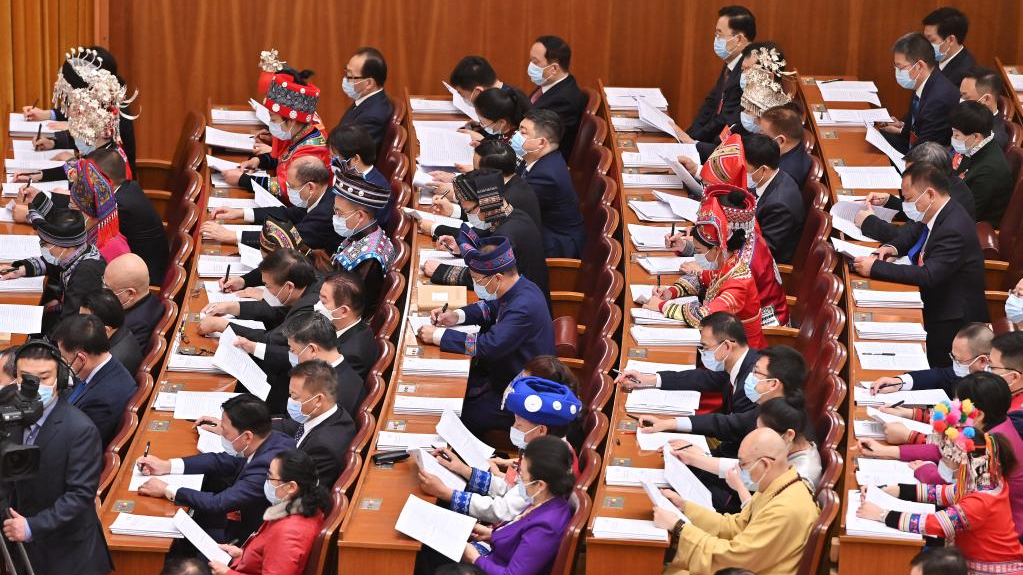 Deputies attend the opening meeting of the fifth session of the 13th National People's Congress (NPC) at the Great Hall of the People in Beijing, China, March 5, 2022. /Xinhua

Deputies attend the opening meeting of the fifth session of the 13th National People's Congress (NPC) at the Great Hall of the People in Beijing, China, March 5, 2022. /Xinhua

Editor's note: Josef Gregory Mahoney is a professor of politics and international relations at East China Normal University and a senior research fellow with the Institute for the Development of Socialism with Chinese Characteristics at Southeast University. The article reflects the author's opinions, and not necessarily those of CGTN.

If there is one unspoken message at the start of this year's annual meetings of the Chinese People's Political Consultative Conference (CPPCC) and the National People's Congress (NPC), it is precisely this: While many parts of the world are engulfed in chaos, China is moving steadily forward, step by step. Indeed, given all that's happened in the last few years and accelerated in the past month, it's impossible not to watch what's happening now in Beijing through the lens of mounting global conflicts and economic uncertainties.

And let's be clear, these global conflicts and disarray carry existential implications. One doesn't want to be alarmist but the bells are ringing. They're ringing on unchecked climate change and a pandemic that's still stalking the most vulnerable. They're ringing on increased inflation, threatening cost-push and food inflation, and with that unaffordable costs and growing hunger and instability in the developing world. They're ringing on a still expanding war in Europe that risks spiraling out of control and transforming world systems in ways that are impossible to foresee, but likely intersecting with already entrenched declines, making it harder and harder to deal with broader problems like climate change and the pandemic.

These bells are ringing everywhere but not in Beijing. To be sure, China is not immune to global disorder, and the Chinese can hear these bells ringing from afar. They are taking note and making necessary adjustments. But the one thing I hear from key sources from both inside and outside of China is the same: Who better than China has responded to these challenges – who better than China is positioned for more to come?

Unity and the CPPCC

Let's start with the CPPCC, since its session opens first and the story begins there. The speech by Wang Yang, a member of the Standing Committee of the Political Bureau of the CPC Central Committee and chairman of the CPPCC National Committee, above all emphasized national unity and the need for harmony. On the one hand, given intense political polarization and severe breakdowns in effective governance in the West, the lesson is clear: Stand together or fall apart. But the subtext, above all, is stand even closer together now that everyone else is falling apart.

On the other hand, the CPPCC is China's top national organ advising and consulting with the NPC, drawing together more than 2,000 members from a very wide spectrum of Chinese society, including leading government and non-governmental figures in politics, economics, academics, and the scientific and artistic communities. Therefore, it is the natural place for this message. In fact, perhaps no other state organ in the world represents more diversity in terms of differences and numbers. 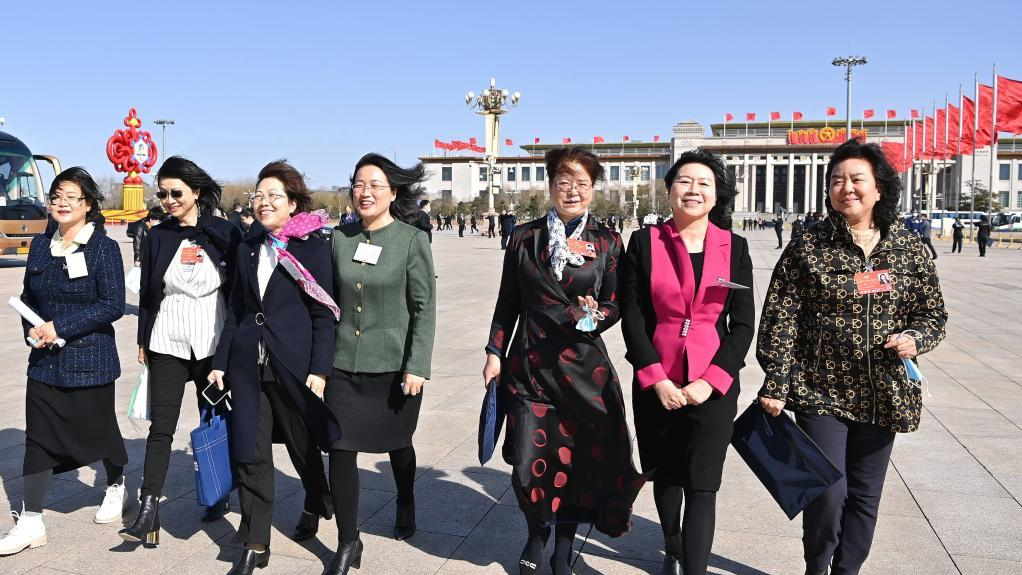 But in many respects, unity has always been the core message of the CPPCC and even its predecessor, the Political Consultative Assembly (PCA), which first met in Chongqing in 1946. That organization sought a political solution among competing political parties. Efforts fell short, of course, on the way to civil war. But in the period of the New Democratic Revolution that followed Communist victory in 1949, the CPPCC emerged as the apex of United Front efforts to legislate and produce the People's Republic of China's first Constitution, starting New China down the path of national recovery, reversing a century of losses and humiliation.

Although the NPC was given the power and responsibility to legislate by that Constitution starting in 1954, the CPPCC persisted in its role of uniting China and providing "a platform for participating in state affairs," as Xinhua has written previously, with representatives serving "as advisors for the government and legislative and judicial organs." This is the context of Wang Yang's speech: While others around the world hurt themselves and each other, let's strengthen our unity, let's do so with the value of inclusion, with the CPPCC exemplifying people's democracy and serving as a key component of whole process democracy. Let's push forward with an alternative vision of development, one distinct from failed Western norms, one that seeks socialist modernization and a shared destiny – first among ourselves but hopefully with others as well.

Governance and the NPC

It's well known that "governance" has been the focal point, the watchword of the fifth generation of Chinese leadership. Improving governance, making it clean, lean and green, is not only the key to understanding President Xi Jinping's tenure in the top position, it's also what distinguishes China from many other countries, in terms of both efforts and outcomes. Where would China be today without the anti-corruption campaign, without the drive to achieve xiaokang society (a moderately prosperous society) goals, without eliminating extreme poverty, without revitalizing the countryside, without implementing new policies advancing and regulation technology, responding to children's needs, and so on?

All of these efforts were well underway before the pandemic, as were new innovations helping China take giant steps forward as a technological society. This is why China was able to achieve so many remarkable goals, many recounted by Premier Li Keqiang in his annual government work report to the NPC. It's why China was able to control the outbreak, recover economically, and provide the rest of the world with the many goods it needed to survive the outbreak but could not produce for itself, including lifesaving vaccines. It's why China is still rising while others are not. It's why China is planning for the future while so many others are fantasizing about the past.

The latest government work report touches on nearly every facet of Chinese life. It's a very long document. But this doesn't mean we should instead fetishize certain details, like projected growth rates, although this is what a great many that follow the report do. For example, although Premier Li Keqiang announced a goal of 5.5 percent growth, it's well understood that the increasing value of the yuan and rising inflation abroad will probably depress exports, while inflation at home may complicate efforts to increase domestic consumption. In fact, there was some uncertainty as to whether a clear target would be announced at all, but now that one has, many will risk over-interpreting what it signals.

We know that Beijing wants to maintain growth rates at or above 4.8 percent to reach development goals, and we know the International Monetary Fund (IMF) is projecting something lower than this. What we don't know is how increasing global disorder will impact Chinese plans. This was previously demonstrated by China's experience with COVID-19. Growth rates fell well below goals but then rebounded extraordinarily, demonstrating once again not only the capacity for effective governance in normal times, but the incredible ability to adapt and effectively confront times of crisis.

This point, more than any others, more than any fact or figure, more than any accounting of last year's achievements or ambitions for more to come, should be the key takeaway from what we are hearing from the CPPCC and NPC. As the rest of the world stumbles in this period of growing global darkness, with some uncertain that they'll see brighter days or even the morning sun, the Two Sessions serve as beacons, showing the Chinese people and everyone else that through unity and common purpose, there is a way forward, there is a path, and Beijing is leading the way.