Download
5 rescued birds released back into wild in Beijing
CGTN 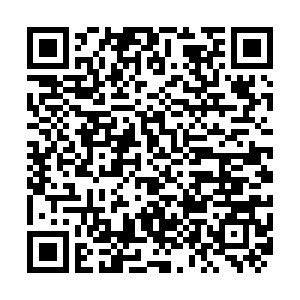 Five rescued birds have been released back into the wild in Cuihu Wetland in Haidian District, Beijing.

Three of the five birds are common kestrels, which are under second-class state protection in China. The rest two are a little egret and a common pheasant, which are second-class protected animals in Beijing.

All of them have recovered from injury after receiving meticulous treatment from staff at Beijing Wildlife Rescue and Rehabilitation Center. Researchers have put bands on their legs to learn about their migration and population change.

Cuihu Wetland, located in northwestern Beijing, is rich in wildlife. The staff chose the release site because the common kestrel, the little egret and the common pheasant are all common there. 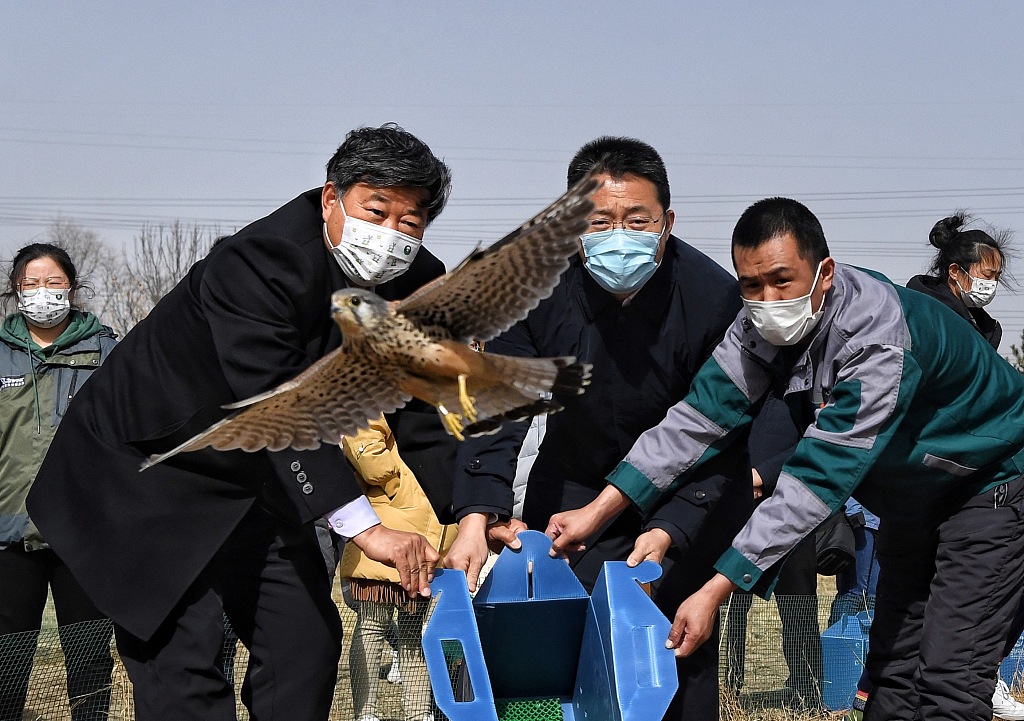 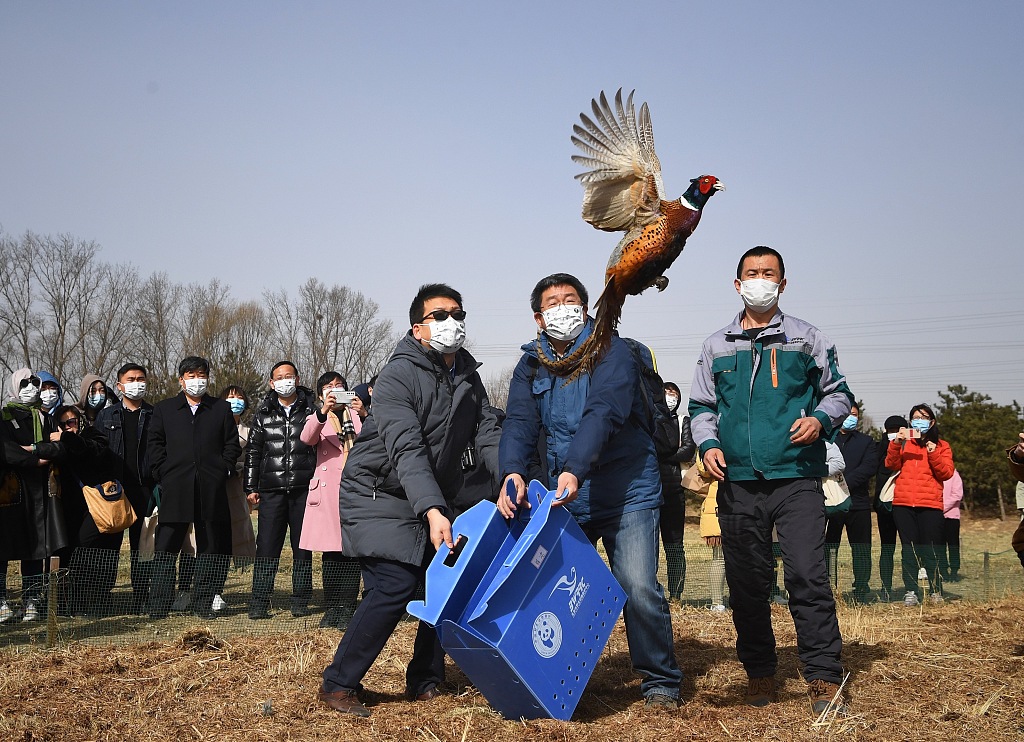 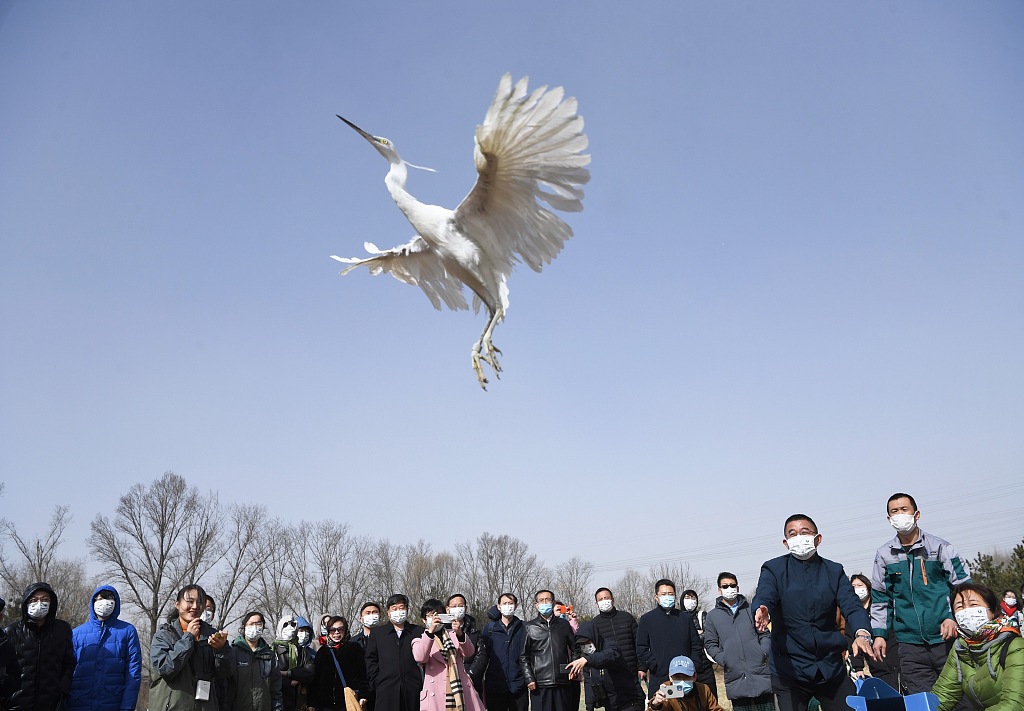 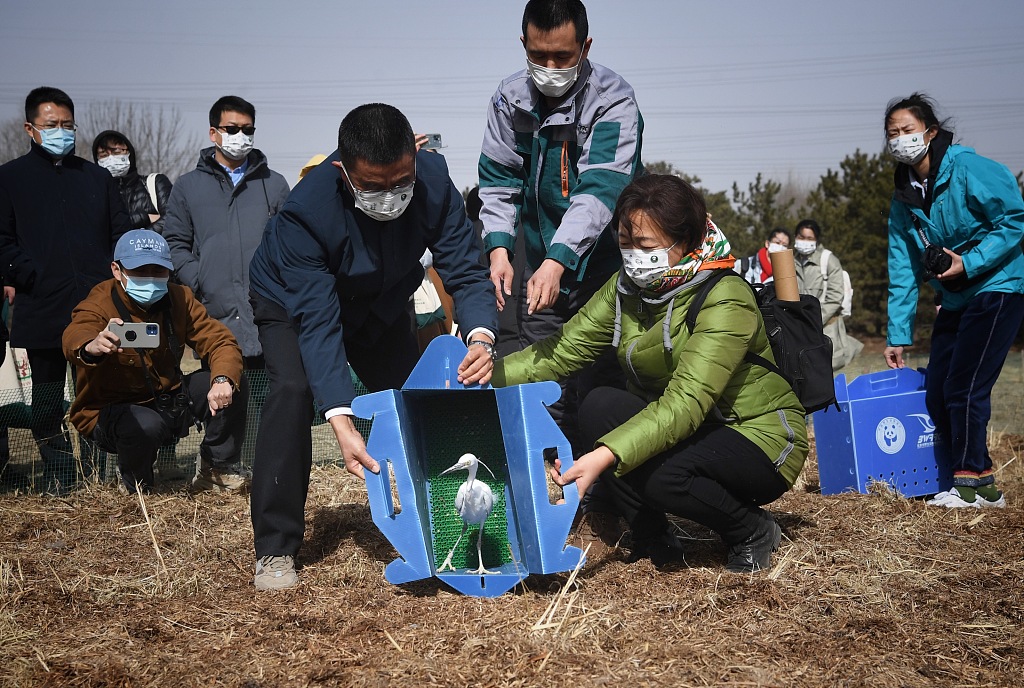