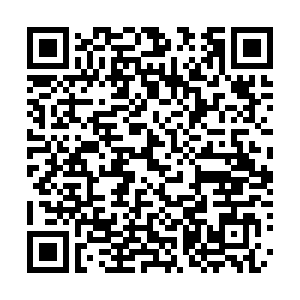 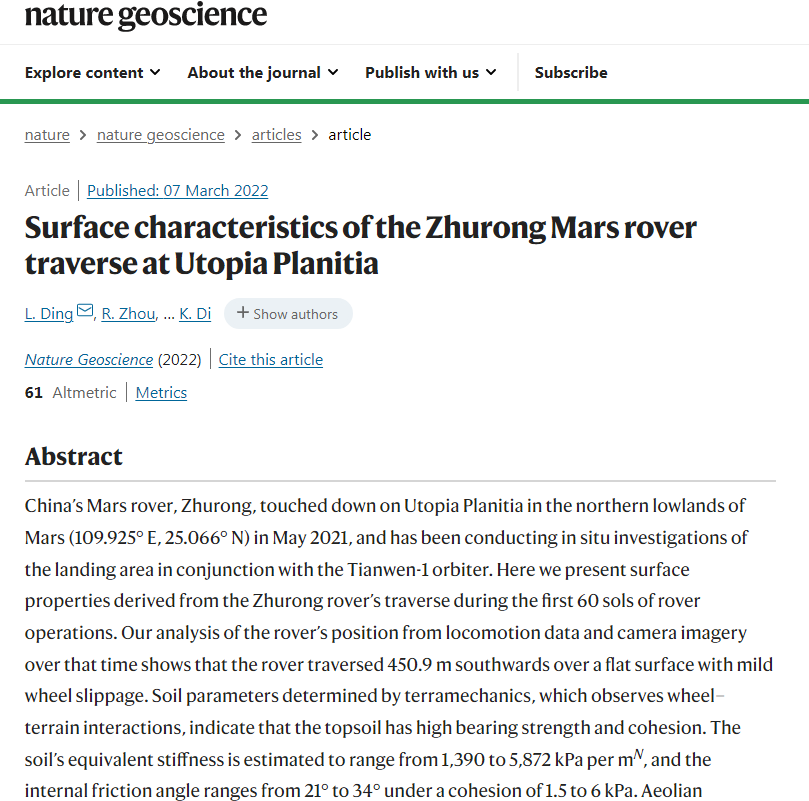 Initial data collected by China's Mars rover Zhurong suggests the landscape it has traveled has been subject to long periods of weathering in the past by wind and even water, reported New Scientist on Monday.

The study was published by Liang Ding from the Harbin Institute of Technology in China and his colleagues, in the academic journal Nature Geoscience.

Zhurong has landed at Utopia Planitia on Mars which is a large plain in the northern lowlands of the planet last May. The rover has collected soil and dust samples as well as captured images to study the geological structure and surface composition on the red planet. 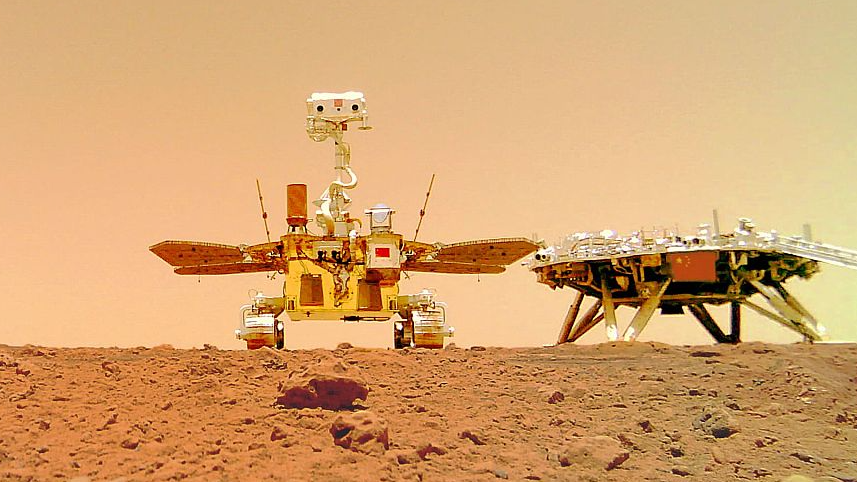 An image taken by a camera released from China's Mars rover Zhurong, showing the rover (L) and the landing platform on the surface of Mars. /CFP

An image taken by a camera released from China's Mars rover Zhurong, showing the rover (L) and the landing platform on the surface of Mars. /CFP

The study discovered many rocks were covered with etchings and grooves on one side, indicating they must have experienced strong wind erosion from the sand. Some rocks show a flaky texture, which is usually a result caused under the influence of water, according to the authors.

Mars rover Zhurong is not the first rover which observed the area of Utopia Planitia. In 1976, NASA's Viking 2 lander had visited the area and the rocks were analyzed as fragments of basaltic lava.

However, the rocks at the site where Zhurong landed don't look like basaltic lava, according to the report. "Zhurong is suggesting a more complicated geological evolution than expected from Viking 2," said John Bridges at the University of Leicester, UK.