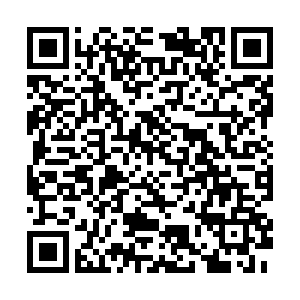 China hopes that Russia and Ukraine will overcome the difficulties in safely implementing a humanitarian corridor negotiated by the two countries, the Chinese permanent representative at the United Nations, Zhang Jun, told the UN Security Council on Monday.

The top priority now, Zhang said, is to avoid further massive casualties and a humanitarian crisis.

The envoy said that Chinese State Councilor and Foreign Minister Wang Yi had publicly put forward a six-point initiative on preventing a humanitarian crisis in Ukraine aimed mainly to promote synergy among the international community and avoid a further deterioration of the situation.

As a peace-loving country, China laments the fact that the situation in Ukraine has come to this stage, Zhang said. China supports all efforts to ease the escalation and strongly opposes any action that is not conducive to promoting a political settlement but rather fuels the fire and escalates the situation, he said.

Zhang insisted that escalating sanctions will only further complicate and amplify the situation and not solve problems.

"Sending offensive weapons and even mercenaries into Ukraine could exacerbate the situation and bring greater risks," he continued.

Zhang reiterated that China's position of safeguarding the sovereignty and territorial integrity of all states and abiding by the purposes and principles of the UN Charter has been consistent.

"We also encourage the United States, the North Atlantic Treaty Organization (NATO), and the European Union to engage in equal-footed dialogue with Russia, face up to the contradiction and problems accumulated over the years, pay attention to the negative impact of NATO's continuous eastward expansion on Russia's security, and seek to build a balanced, effective and sustainable European security mechanism in accordance with the principle of indivisible security," he said.

The ambassador expressed thanks to governments and countries that have provided valuable help to Chinese citizens over the past few days. He said that in organizing asylum and evacuation of Chinese citizens, the Ukrainian government, all the relevant parties and countries like Russia, Moldova, Romania, Poland, Hungary, Slovakia and Belarus had provided friendly assistance.

"We express our heartfelt thanks to the governments and people of all countries," he added.

(Cover photo: Zhang Jun, China's permanent representative to the United Nations, speaks before the start of a meeting to discuss the humanitarian crisis in Ukraine at the United Nations headquarters, March 7, 2022. /CFP)