Download
Do immigrants in the U.S. have equal opportunities?
Data Speaks 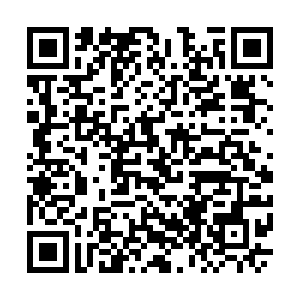 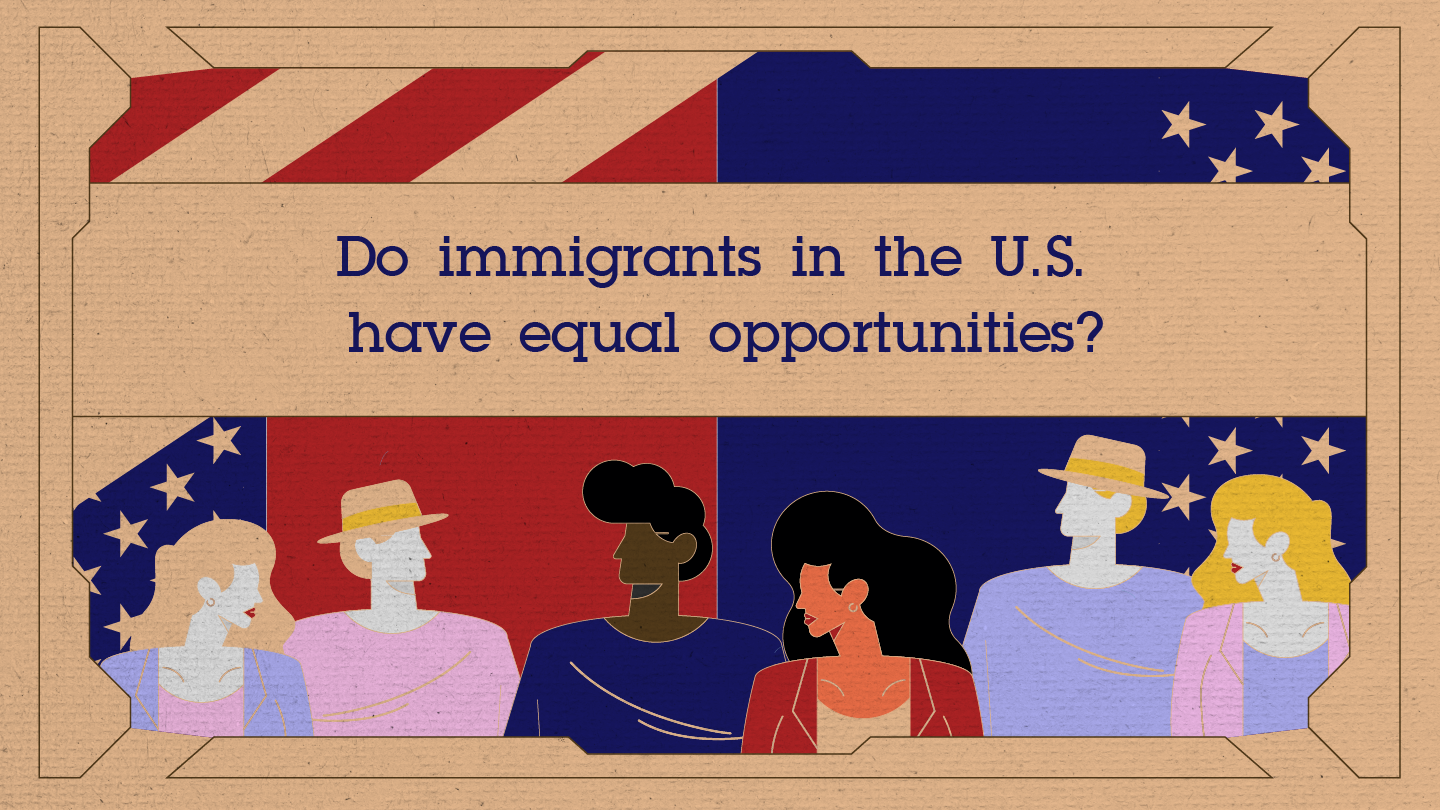 For the millions of immigrants living in the United States, nothing less than opportunities equal to the rest of the population is what they rightfully deserve, just as is enshrined in the national ethos of the "American dream."

In his 1931 book The Epic of America, the author and historian James Truslow Adams, who later popularized the phrase "American dream," defined it as one of social order in which each man and woman shall be able to attain their fullest capabilities, and be recognized by others for who they are, regardless of their place of birth. 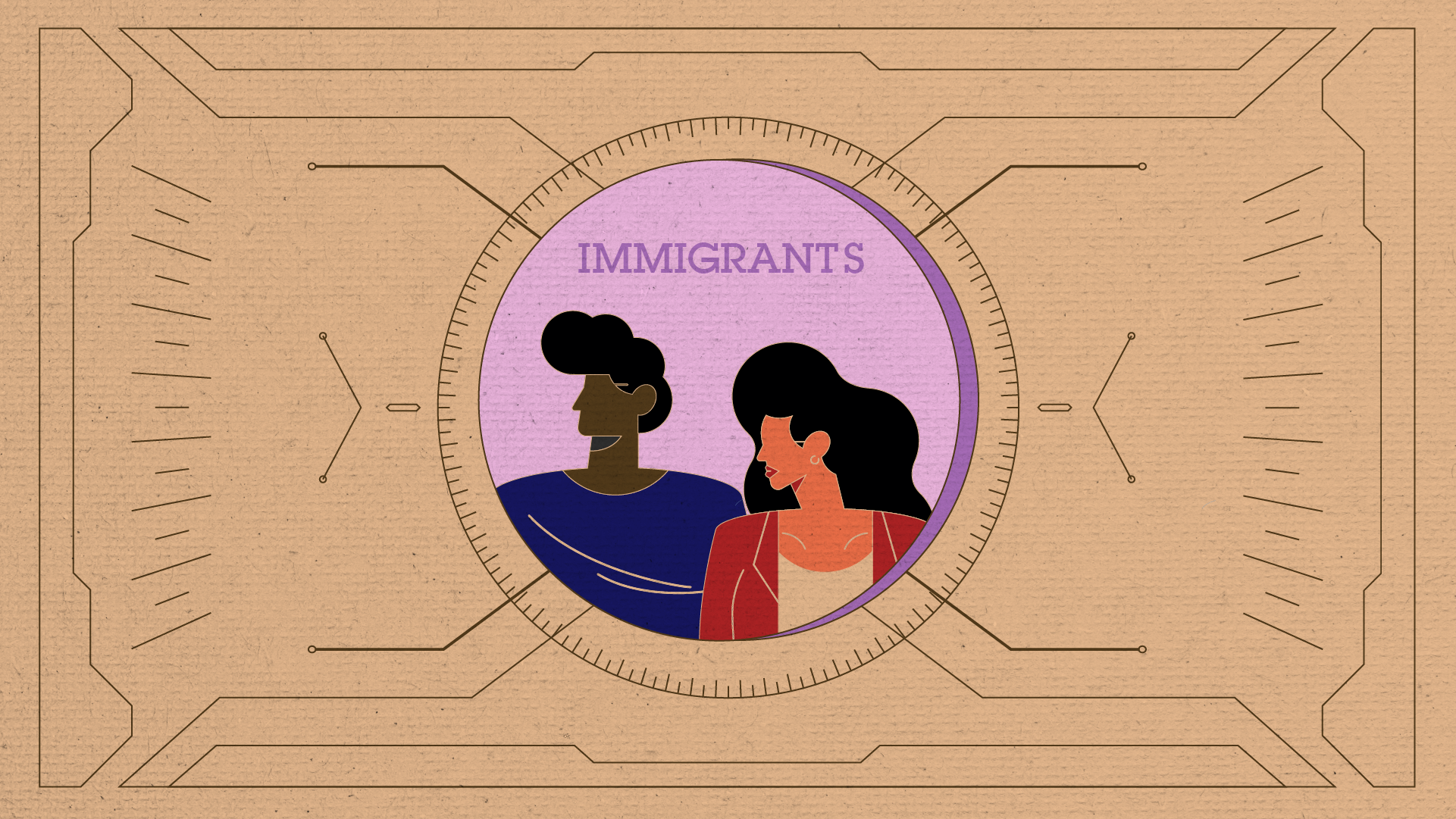 But in America today, does place of birth really not matter, and can immigrants still keep their faith in an "American dream" that promised legality, opportunity and equality?

To start with, let's dig into the issue of legality. Historical U.S. census data suggests that since the Immigration and Nationality Act became law in 1965, the share of immigrants in the U.S. population nearly tripled from 4.7 percent in 1970 to 13.7 percent in 2019. 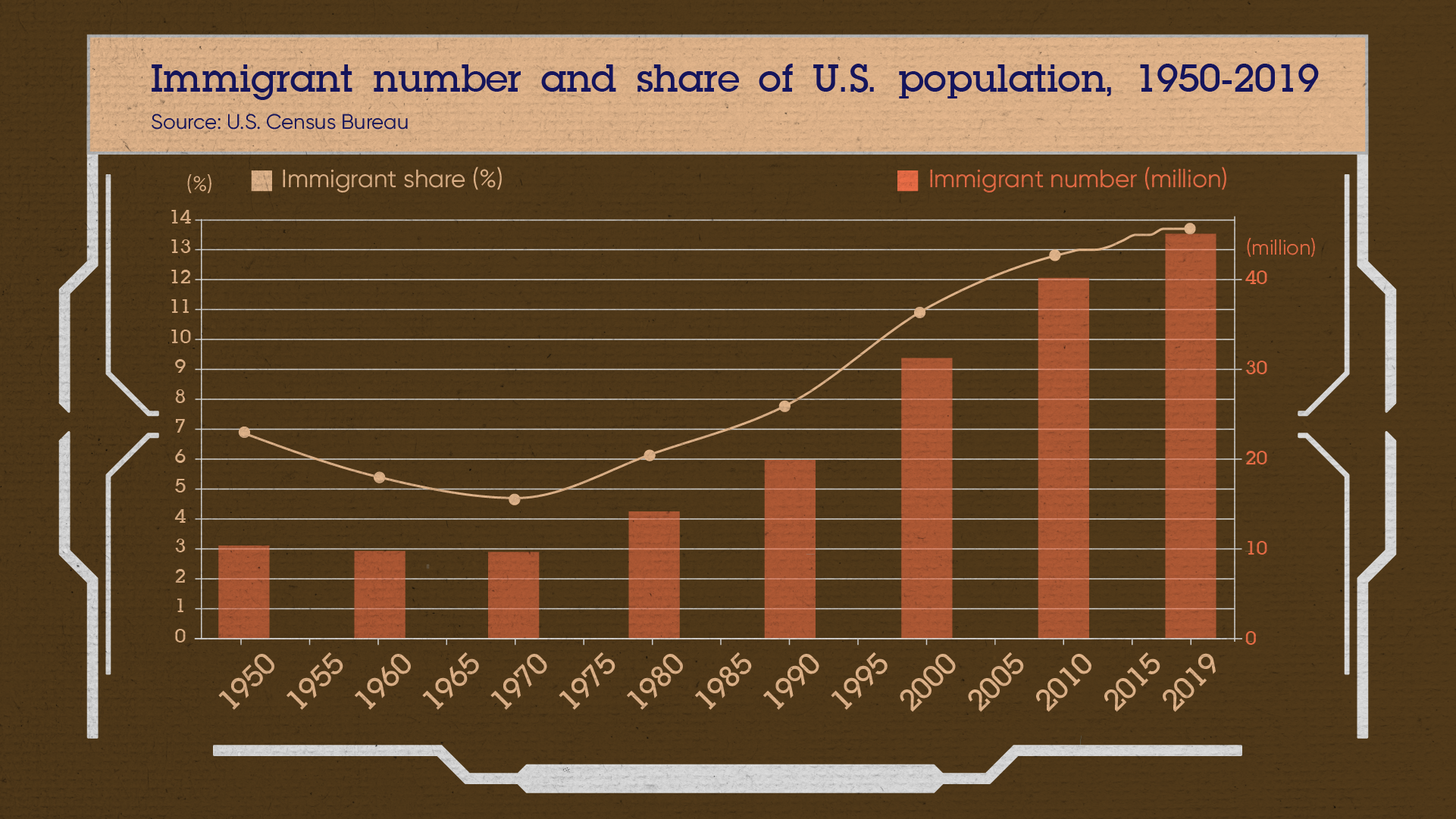 The number of unauthorized immigrants also tripled, from 3.5 million in 1990 to 10.5 million in 2017. That was slightly down from the peak in 2007 but still accounted for nearly a quarter of the total U.S. immigrant population in 2017.

Although unauthorized immigrants enter the U.S. illegally, a survey conducted by Pew Research Center in 2020 suggests there is strong public support, equal to three-quarters of the population, for them to stay in the U.S. legally if they can meet certain requirements.

But even for those who have already gained legal status in the U.S., their pathways for advancement are actually very slim. Take the 117th Congress as an example. There are in total only 18 foreign-born lawmakers, representing just three percent of all the 541 members in Congress, far below the historical high of about 10 percent in the first Congress in 1789. 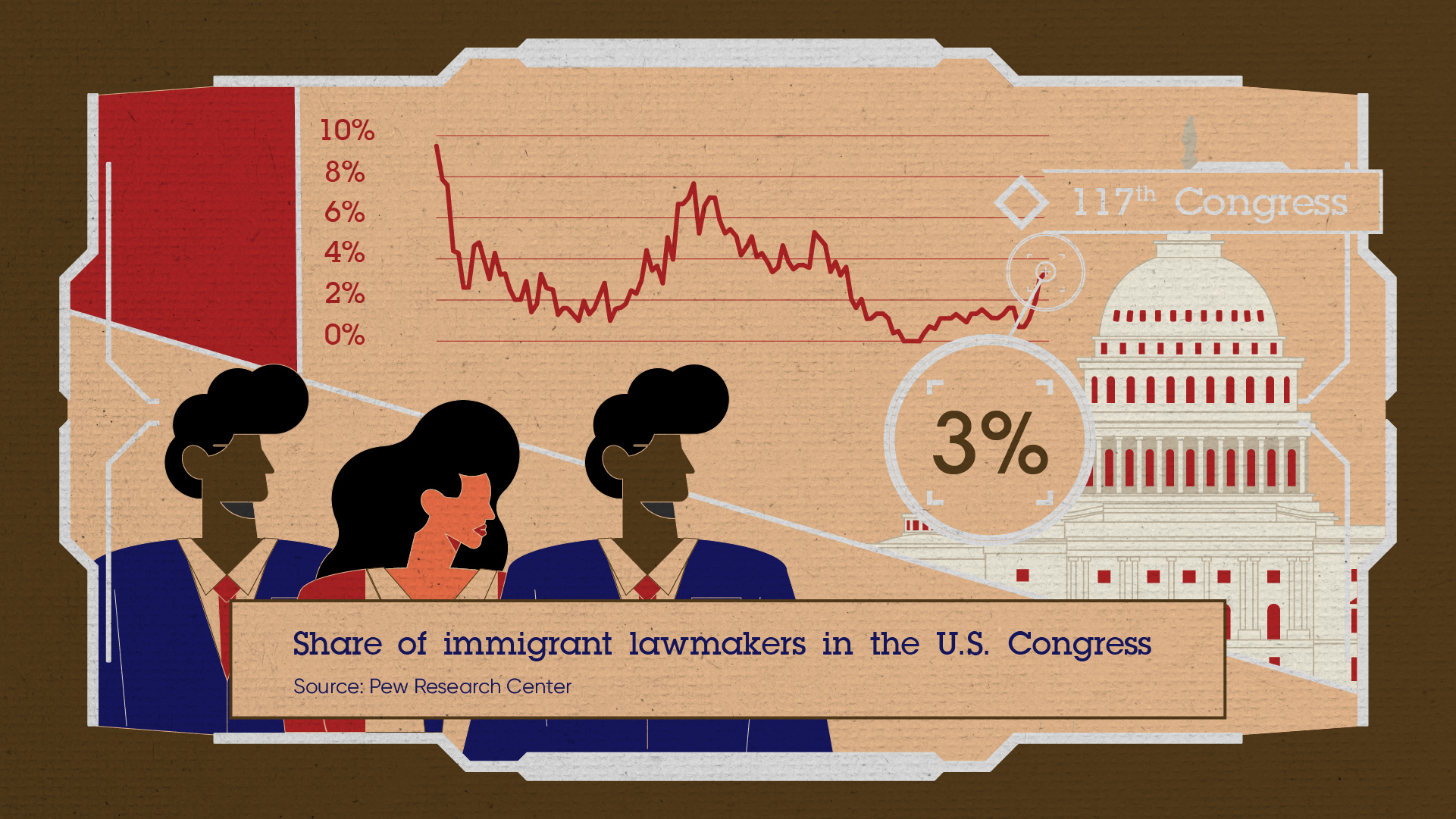 Secondly, in terms of opportunity and equality, a huge gap remains between immigrants and the population born within the U.S. when it comes to basic education.

Data from the 2018 American Community Survey shows that 27 percent of immigrants in the U.S. had not completed a high school education, compared with only eight percent of the U.S.-born population. 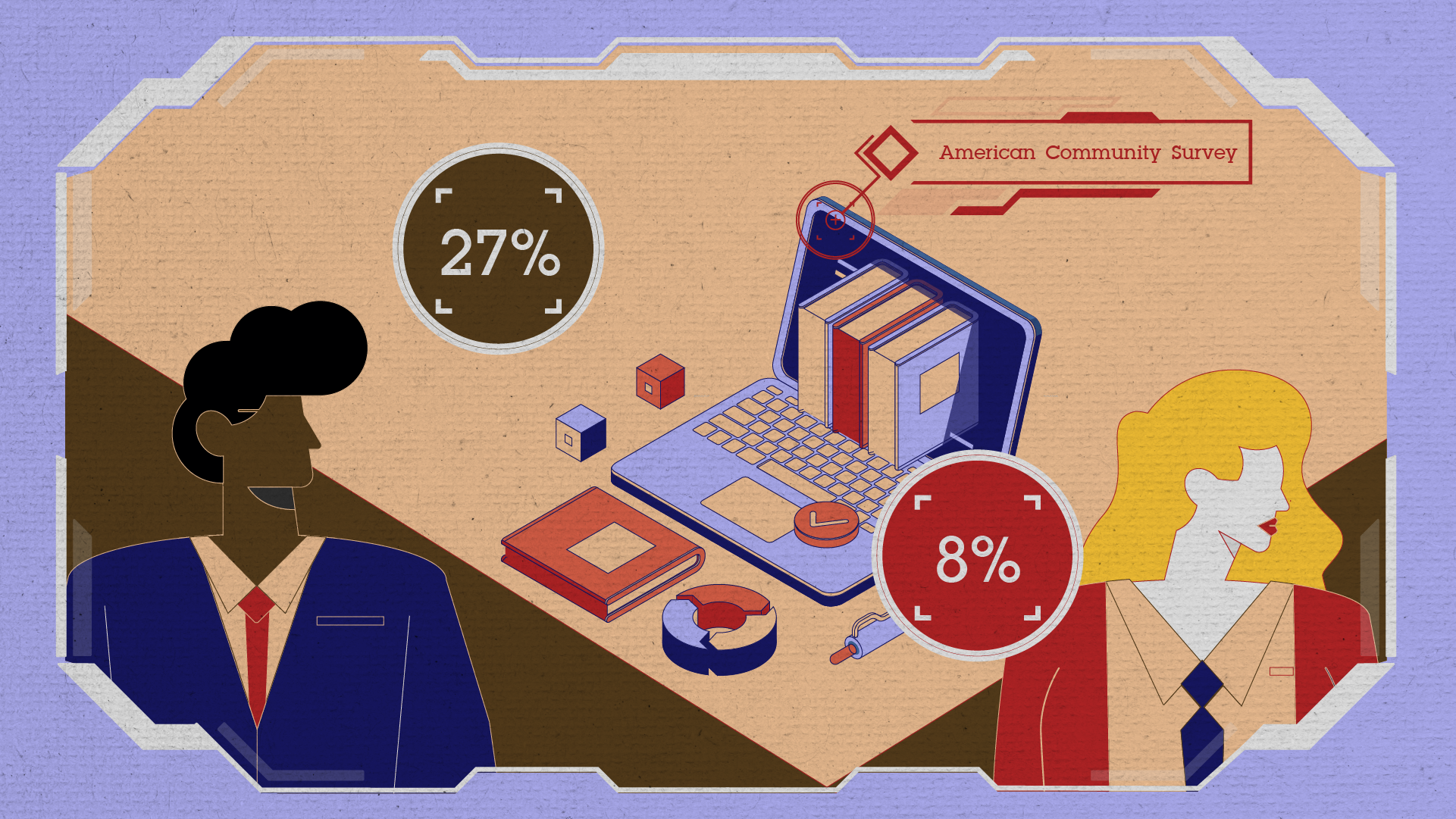 Immigrants from Central America, including Mexico, are the least likely to attend high school, partly because they form the largest group of unauthorized immigrants who cannot easily access the educational system.

Thirdly, a similar gap exists in the job market, as immigrants in the U.S. are disproportionately represented in low-skilled industries, while people born in the U.S. are more likely to be employed in high-skilled jobs.

According to Pew Research Center's estimates from the 2017 American Community Survey, immigrants, either legal or unauthorized, accounted for 29 percent of the total workforce in agriculture, 25 percent in construction, 22 percent in household services, and 20 percent in both hospitality and manufacturing, all of which far exceed the 13.7 percent immigrant share of the total U.S. population in 2017. 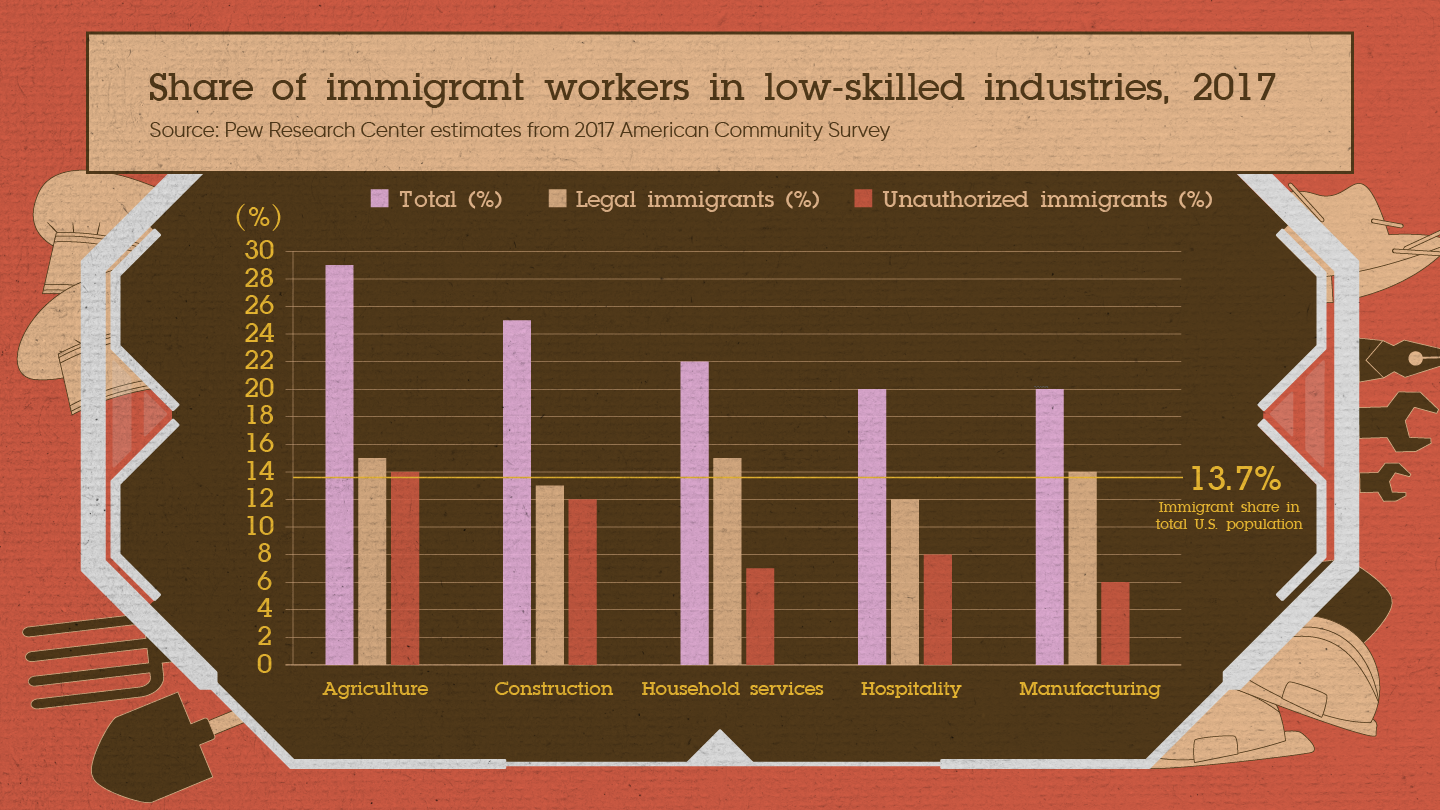 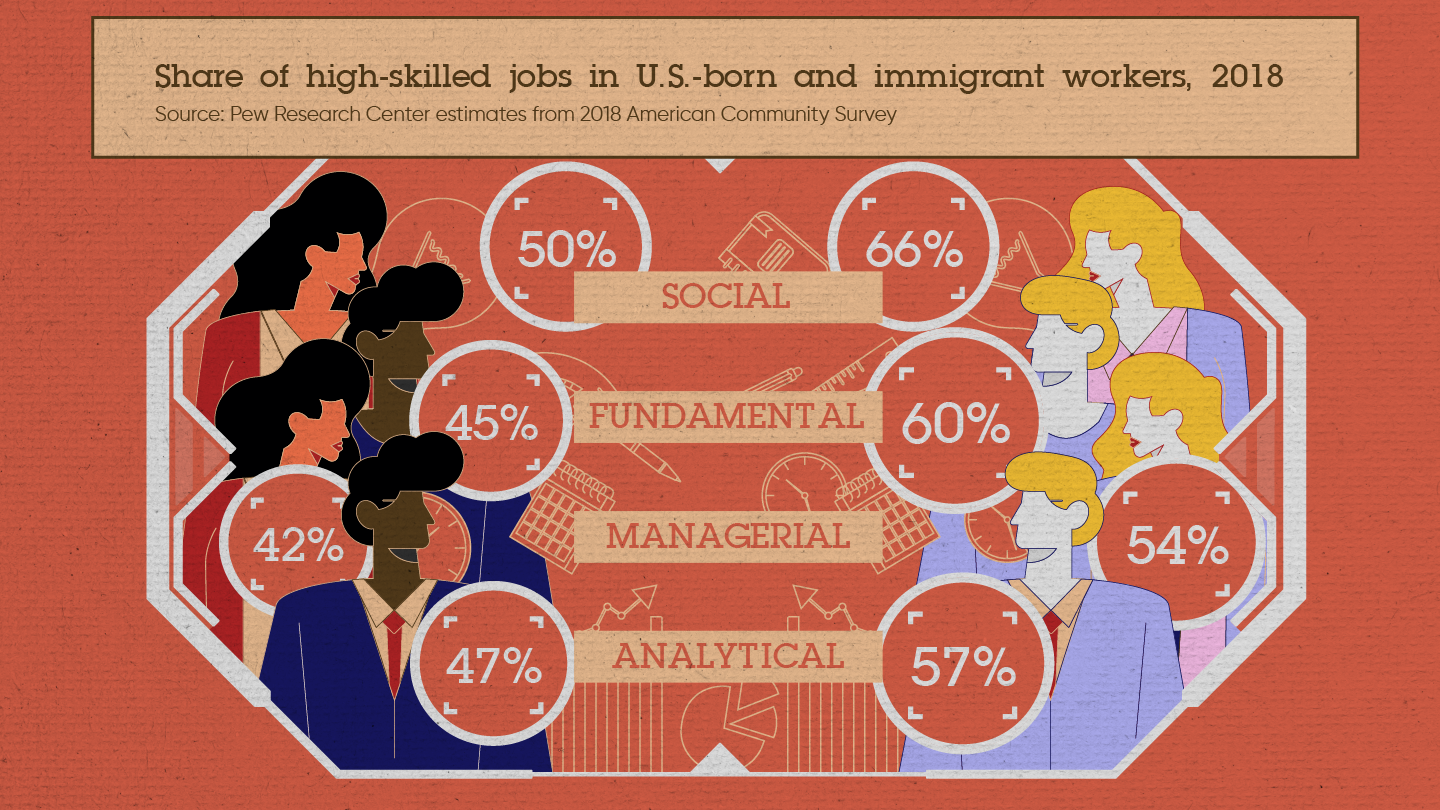 So, it is fair to say that the legality, opportunity and equality that the "American dream" has promised for immigrants are far from being fulfilled. In a Global Attitudes Survey conducted in 2020 that asked if being born in the U.S. was important to being "truly American," 35 percent of Americans still said yes, which summarized the reality of an inequitable life between immigrants and U.S.-born Americans.