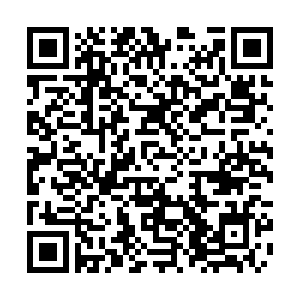 The NEV industry is expanding rapidly in China as the country pursues its green goals. China sold a total of 3.31 million new energy passenger vehicles in 2021, accounting for a 53-percent share of the global market, according to the CPCA.

Although the association is aware that NEV development in 2022 will face more uncertainty and pressure, especially from the shortage of resources, such as lithium ore, it voiced confidence in policies from the government supporting the consumption of NEVs, expecting the NEV sales to reach 5.5 million in the country this year.

A combination of preferential policies covering subsidy, tax and purchase quota is of great significance to stimulating the development of the industry, the CPCA said.

The company, which has manufactured Model 3 sedans and Model Y sport-utility vehicles in its Shanghai plant since 2019, sold 59,845 China-made vehicles in January.

Chinese NEV maker Nio delivered 6,131 cars in February, up 9.9 percent year on year. Li Auto delivered 8,414 and Xpeng delivered 6,225 vehicles, rising year on year by 265.8 percent and 180 percent, respectively, according to the companies.

A total of 1.25 million passenger vehicles were sold in February, up 4.2 percent year on year and down 40 percent from the previous month, the CPCA said.

In the first two months of this year, passenger car sales stood at 3.32 million units, slightly down from the same period last year.

The panic buying of nickel induced by the Russia-Ukraine conflict led the London Metal Exchange to suspend trading in nickel on Tuesday after the base metal's price spiked to $101,365 per tonne on Russian output concerns.

Regarding the recent surge in nickel prices, Cui Dongshu, secretary-general of the CPCA, said this has little impact on domestic auto sales, Chinese online newspaper The Paper reported on Tuesday.

Cui said that the surge in nickel prices is more of a speculation, and prices may fall back in the short term. In addition, countries such as Indonesia are major exporters of nickel, and the conflict between Russia and Ukraine has a limited impact on this, he said.

Although sales will not be affected, car companies will have to bear certain pressure in terms of battery costs, he added.