Download
Graphics: What did Chinese people's courts and procuratorial organs achieve in 2021?
CGTN 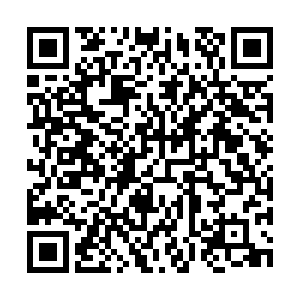 Annual work reports of the Supreme People's Court (SPC) and the Supreme People's Procuratorate (SPP) were delivered on Tuesday at a plenary meeting of the fifth session of the 13th National People's Congress (NPC) in Beijing. The reports elaborate the work that Chinese judicial authorities completed in the past year and prioritize tasks they plan to carry out in the year ahead.

Takeaways from the SPC's report

In 2021, the Supreme People's Court accepted over 30,000 cases and the local courts at all levels handled more than 33 million cases.

Among the cases handled by people's courts, civil and commercial cases accounted for over 60 percent of the total. Dangerous driving topped the country's criminal cases accepted by the courts.

The SPC work report described China as one of the safest countries in the world. Eight types of major criminal cases, such as homicide, rape and kidnap, have stayed at a low level, and the proportion of such cases in all criminal cases has steadily decreased.

Takeaways from the SPP's report

In 2021, China's procuratorial organs handled a total of 3.6 million cases of various types, an increase of 20.9 percent year on year, and there were 1.7 million prosecutions.

The procuratorial organs recommended releasing or changing the compulsory measures of 56,000 suspects after reviewing the necessity of detention. The pre-trial detention rate dropped to 42.7 percent in 2021.

The organs helped sectors that involve close contact with minors with 7.5 million onboarding checks and the dismissal of 2,900 people with criminal records. They prosecuted 61,000 suspects for crimes against minors such as sexual assault and abuse, a year-on-year increase of 5.7 percent.