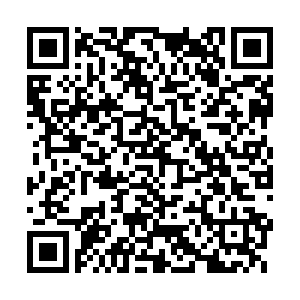 An illustration of stegosaur by Encyclopaedia Britannica. /CFP

An illustration of stegosaur by Encyclopaedia Britannica. /CFP

Fossil of a new species of stegosaurus that rambled the Earth 169 million years ago has been discovered in southwest China's Chongqing Municipality, according to a new research published in the Journal of Vertebrate Paleontology on March 3.

Remains of the stegosaurus that include back, shoulder, feet and rib bones as well as armor plates were excavated from a large fossil site in Chongqing's Yunyang County, the study said.

"It's the oldest stegosaur ever found in Asia and one of the earliest unearthed in the world," said the leading author Dai Hui, also a researcher with Chongqing Bureau of Geology and Minerals Exploration.

The species was given the name "Bashanosaurus primitivus" where "Bashan" comes from the ancient name for the area of Chongqing, and "primitivus" is a Latin word for "first."

Judging from the fossil parts, the researchers estimates Bashanosaurus primitivus's total length to be about 2.8 meters, but they were unable to tell whether the remains represent an adult or juvenile of its kind.

The discovery shed new light on the early evolution and diversification of stegosaurs, the researcher said.

Stegosaurs are known for their iconic and famed bony plates which line on their back. They date from far later in the Jurassic period, but some species may have lived as long ago as 169 million years ago.

They are large herbivores that were heavily armored with its defense made from bone, and the plates allowed them to fend off predators.

China is rich in stegosaurus species, accounting for about 40 percent of that in the world. Stegosaurus fossils are mainly distributed in Sichuan, Chongqing, Xinjiang, Inner Mongolia, and Tibet, according to Dai.