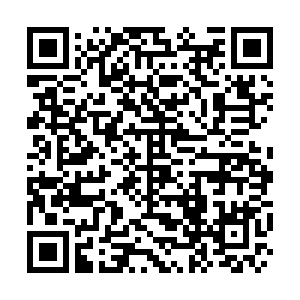 The conflict between Russia and Ukraine has entered its 14th day, with tensions showing no obvious sign of easing and crude oil prices surging. Russia is facing more sanctions everyday while Ukraine renews attempts to evacuate civilians from urban centers.

The fourth round of talks between Russia and Ukraine would likely be held after the meeting between Russian and Ukrainian foreign ministers on Thursday, according to news agency RIA.

New sanctions on Russia and Belarus

The EU had agreed to add more Russian oligarchs and officials to its sanctions list, tighten rules on cryptocurrency transfers and target the maritime sector over Moscow's military operation in Ukraine, diplomats said on Wednesday.

Britain also unveiled new aviation sanctions that ban exports of aviation or space-related goods to Russia, and empowered the detention of any Russian aircraft. 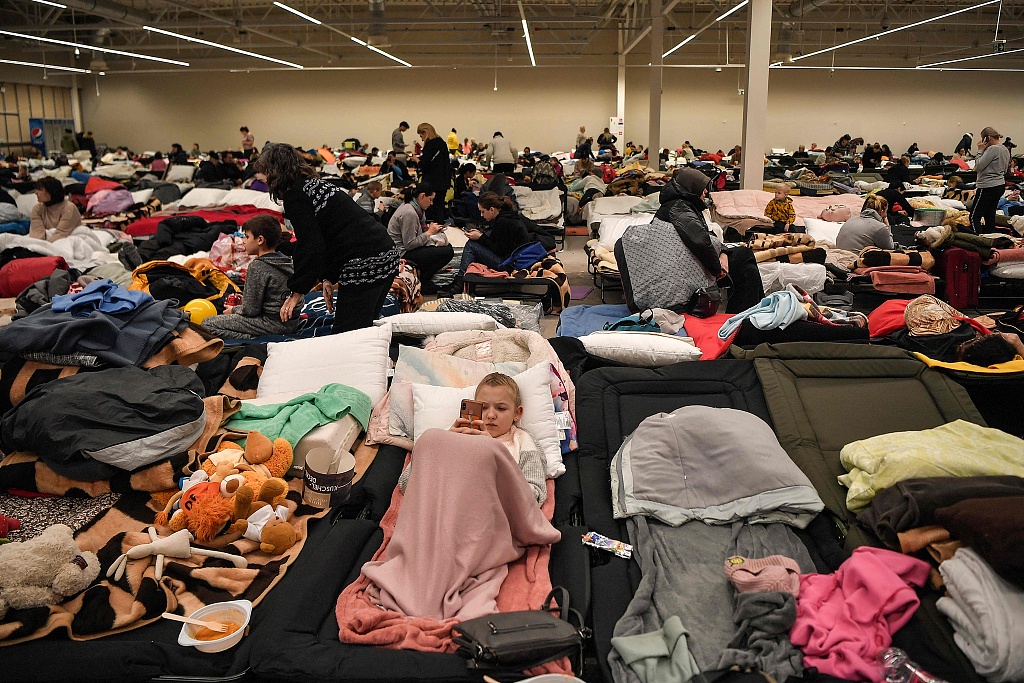 A young boy plays with a phone as he lies on a mattress among many others in a temporary shelter hosting Ukrainian refugees located in a former shopping center near the city of Przemysl in Poland, March 8, 2022. /CFP

A young boy plays with a phone as he lies on a mattress among many others in a temporary shelter hosting Ukrainian refugees located in a former shopping center near the city of Przemysl in Poland, March 8, 2022. /CFP

In the face of recent sanctions, Russian President Vladimir Putin on Wednesday signed a law on using funds from the National Welfare Fund (NWF) to buy Russian government securities to increase the stability of the country's economy, according to TASS news agency.

Putin also signed a series of laws enabling a new "capital amnesty" designed to encourage people to return money or financial instruments to Russia without facing tax or other penalties.

In addition to reactions to the sanctions, Russia's foreign ministry spokesperson Maria Zakharova also denied rumors of seeking to overthrow the Ukrainian government, announcing that the goals of Russia's special military operation in Ukraine do not include the overthrow of the existing Ukrainian government.

Besides this, the Russian defense ministry also said the Russian military thwarted a large-scale offensive by strike groups of Ukrainian troops on Wednesday in the Luhansk and Donetsk regions, according to RIA.

The defense ministry also published the alleged original secret order of the commander of the National Guard of Ukraine for an attack in the Donbas region to be carried out this month.

Ukraine's government also banned exports of rye, barley, buckwheat, millet, sugar, salt, and meat until the end of this year, Reuters reported, citing a cabinet resolution published on the day.

The country will attempt to evacuate civilians through six humanitarian corridors on Wednesday, including from the besieged southern port city of Mariupol, said Deputy Prime Minister Iryna Vereshchuk.

The number of people who have crossed over to other countries since the Russian military operation began on February 24 has probably reached 2.1-2.2 million now, Filippo Grandi, the head of the United Nations' refugee agency (UNHCR), said on Wednesday. 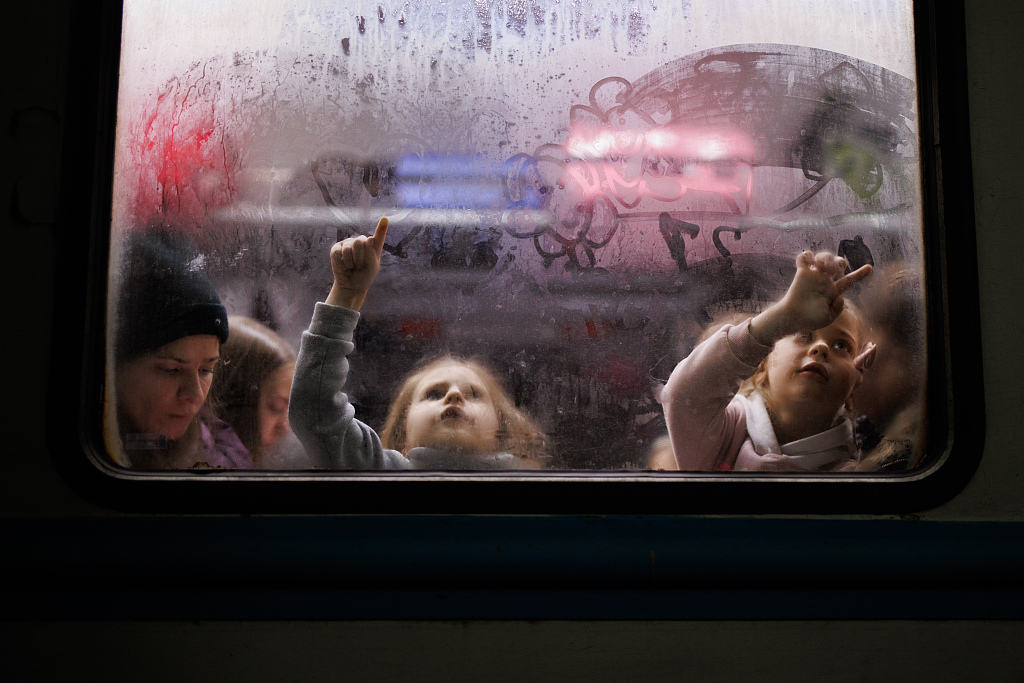 Two girls paint the foggy glass of one of the carriages at the Lviv train station, Ukraine, March 2, 2022. /CFP

Two girls paint the foggy glass of one of the carriages at the Lviv train station, Ukraine, March 2, 2022. /CFP

Humanitarian aid and other voices

U.S. lawmakers have reached a $1.5 trillion deal to fund the federal government for fiscal year 2022, including $13.6 billion in security and humanitarian aid for Ukraine, U.S. congressional leaders said on Wednesday.

Dutch Prime Minister Mark Rutte said on Wednesday he was not in favor of cutting off Russian oil and gas supply as that would be unsustainable for European Union member countries.