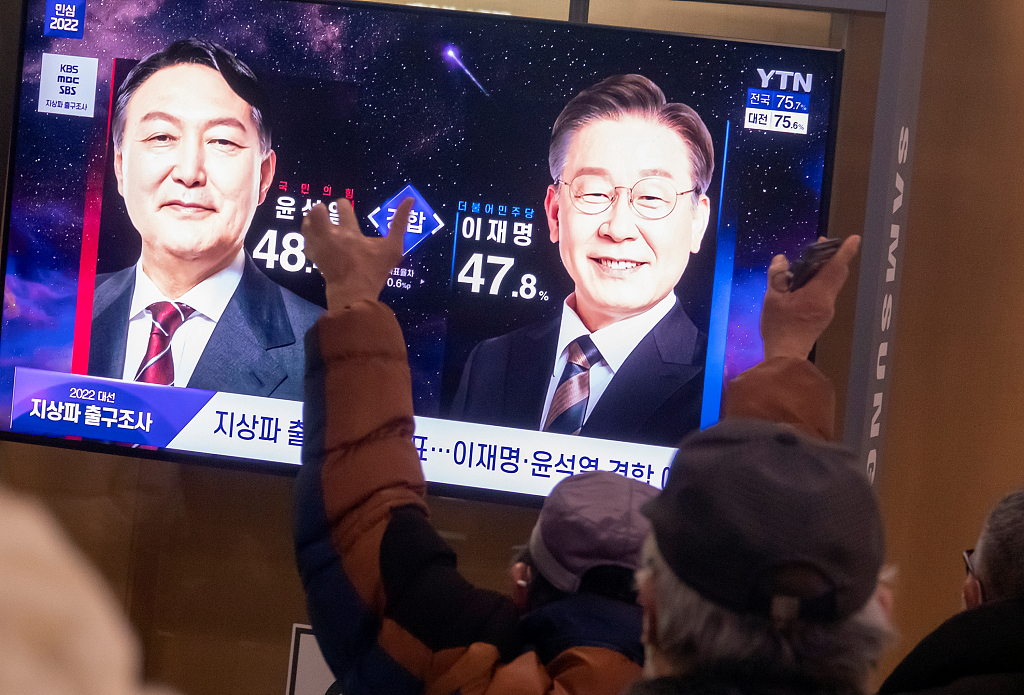 Editor's note: Gabriela Bernal is a Korean analyst and a PhD student at the University of North Korean Studies in Seoul, Republic of Korea. The article reflects the author's opinions, and not necessarily the views of CGTN.

It's official: The Republic of Korea (ROK) has a new president, Yoon Suk-yeol. Yoon beat the ruling Democratic Party's presidential candidate Lee Jae-myung by a small margin of 0.73 percent by getting 48.56 percent of the vote while Lee received 47.83 percent.

This small margin means that practically half of the country woke up this morning to unfavorable news, while the other half woke up to a pleasant surprise. Although the polling in the past few weeks has shown Yoon and Lee neck and neck, the close results still came as a shock to many.

Love him or hate him, however, the reality is that Yoon Suk-yeol will be the next president of the the ROK. Although his camp may be celebrating for now, they are up against several major challenges.

Not only is it difficult enough to be the president of any country, but this marks a particularly difficult time to take office for Yoon, given 1) the National Assembly is mainly controlled by the Democratic Party, 2) the five-year term limit for presidents designated in the constitution, 3) the stalemate in diplomacy with the Democratic People's Republic of Korea (DPRK), and 4) the ever-more complex geopolitical environment.

First of all, since Yoon was the opposition People's Power Party candidate, this means that his views on most policies differ significantly from that of the outgoing Moon Jae-in's administration. Yoon particularly made many enemies on the Democratic Party side when he threatened to launch a probe into alleged corruption by the Moon administration. Although the incumbent president generally maintains a neutral stance during the elections, Moon expressed "strong resentment" over Yoon's remarks and criticized him for attacking his government with "groundless" allegations. 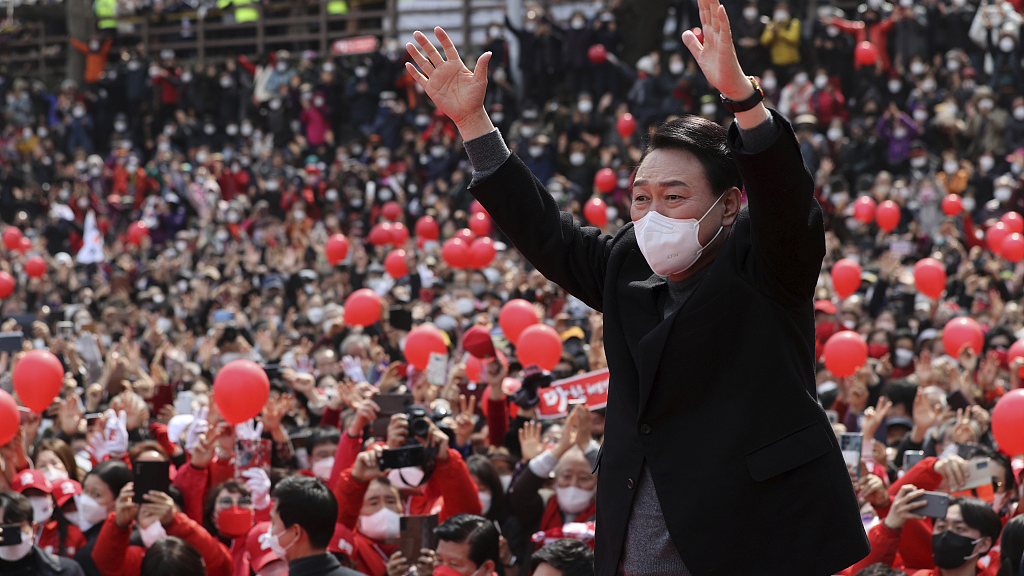 Yoon has also heavily criticized Moon's handling of the real estate situation domestically, pledging to do better. He has promised to reduce real estate taxes and to build 2.5 million new homes. Regarding his economic policies, Yoon favors market-led approaches, including job creation led by the private sector instead of government-led projects. He also proposed allotting $40 billion to help small business-owners and the self-employed hit by the pandemic.

The issue, however, will be successfully passing laws necessary to implement many of these policies, given that the National Assembly is controlled by the Democratic Party. Another constraint is the five-year term limit on presidents of the ROK. Five years is usually not enough to make sweeping, long-lasting change that can outlive the current administration.

Besides issues at home, Yoon is also faced with a tough situation externally, particularly, north of the Korean Peninsula's 38th parallel.

As is the case with any president of the ROK, the DPRK represents an entire, very important policy area in its own right. In fact, article 4 of the Constitution of the Republic of Korea says that the country "shall seek unification and shall formulate and carry out a policy of peaceful unification based on the principles of freedom and democracy." As such, it is the responsibility of each incoming president to strive for this goal.

Nevertheless, Yoon has made it quite clear that the unification policy, or even improving inter-Korean relations, is not his priority. On the contrary, Yoon has made various remarks regarding his DPRK policy that have many in the country worried.

Yoon also believes sanctions must be kept in place to maintain pressure on the DPRK. According to Yoon, a "peace agreement" between the ROK and the DPRK would only be on the table if the DPRK "actively engages in efforts for a complete and verifiable denuclearization."

The president-elect has also pledged to deploy additional units of the U.S. THAAD anti-missile system in the ROK to deter the DPRK's aggression, despite the consequences this could have on China-ROK relations.

In fact, Yoon's focus in terms of alliances seems to be on further strengthening ROK's ties with the U.S. while actively repairing ties with Japan. Yoon said he would normalize the joint military exercises with the U.S., which the Moon administration tried to scale down for the sake of diplomacy with the DPRK.

Regarding Japan, Seoul's relations with Tokyo failed to see major improvements under the Moon administration. Yoon said he would visit Japan after the U.S. as soon as he becomes president and called for the resumption of so-called shuttle diplomacy with Tokyo with leaders making reciprocal visits — a practice stalled since 2011.

Despite Yoon's hardline rhetoric on the campaign trail, it will be difficult to realize many of his policy plans. This is especially true, given his last-minute campaign merger with the center-right People's Party presidential candidate Ahn Cheol-soo, although it remains to be seen how far their cooperation can go.

A lot is at stake in the next five years. Given the increasingly tense international political and security environment, the incoming president of the ROK must take a pragmatic approach that will bring fruitful dialogue and cooperation on stability and security to the region.