Download
Graphics: What did Chinese premier say at his 2022 presser?
CGTN 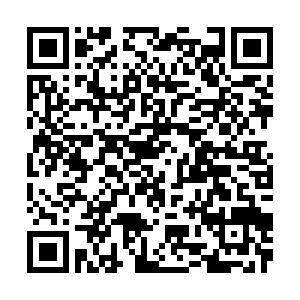 Chinese Premier Li Keqiang met the press on Friday after the conclusion of the fifth session of the 13th National People's Congress.

CGTN went through the questions asked at the premier's Two Sessions press briefings from 2018 to 2022 to reveal how the key topics have changed over the past five years. 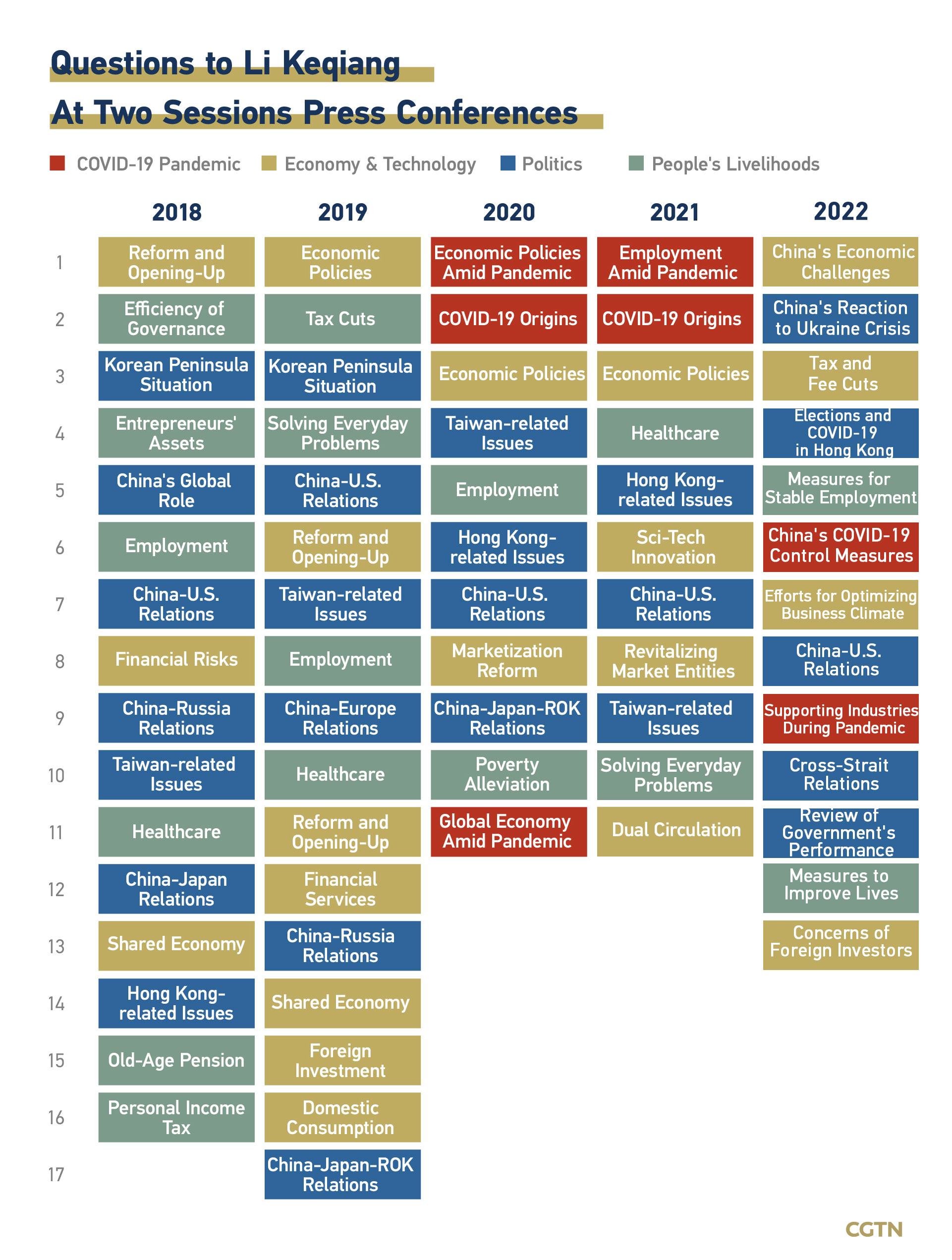 Unsurprisingly, issues related to the country's economy and people's daily lives still dominated this year's topics. Questions were related to topics such as China's new economic target and development challenges amid complicated international situations, as well as measures for stable employment and optimizing business climate for both domestic and foreign companies.

Policies on Taiwan and Hong Kong, China-U.S. relations and international cooperation toward the COVID-19 pandemic, as well as world peace, were also of great concern to the media.

In response, the premier stated in detail the reasons behind policy formulations, the country's stance on international hotspots and and foreign relations, and the efforts to improve people's livelihoods.

He stressed in the end that China's economy in 2022 would be able to overcome difficulties, major task goals set for the whole year would be realized, and a solid foundation for future development would be laid.