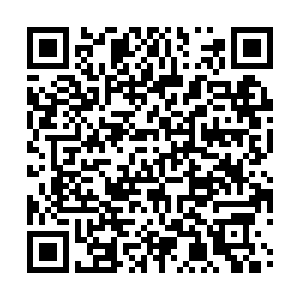 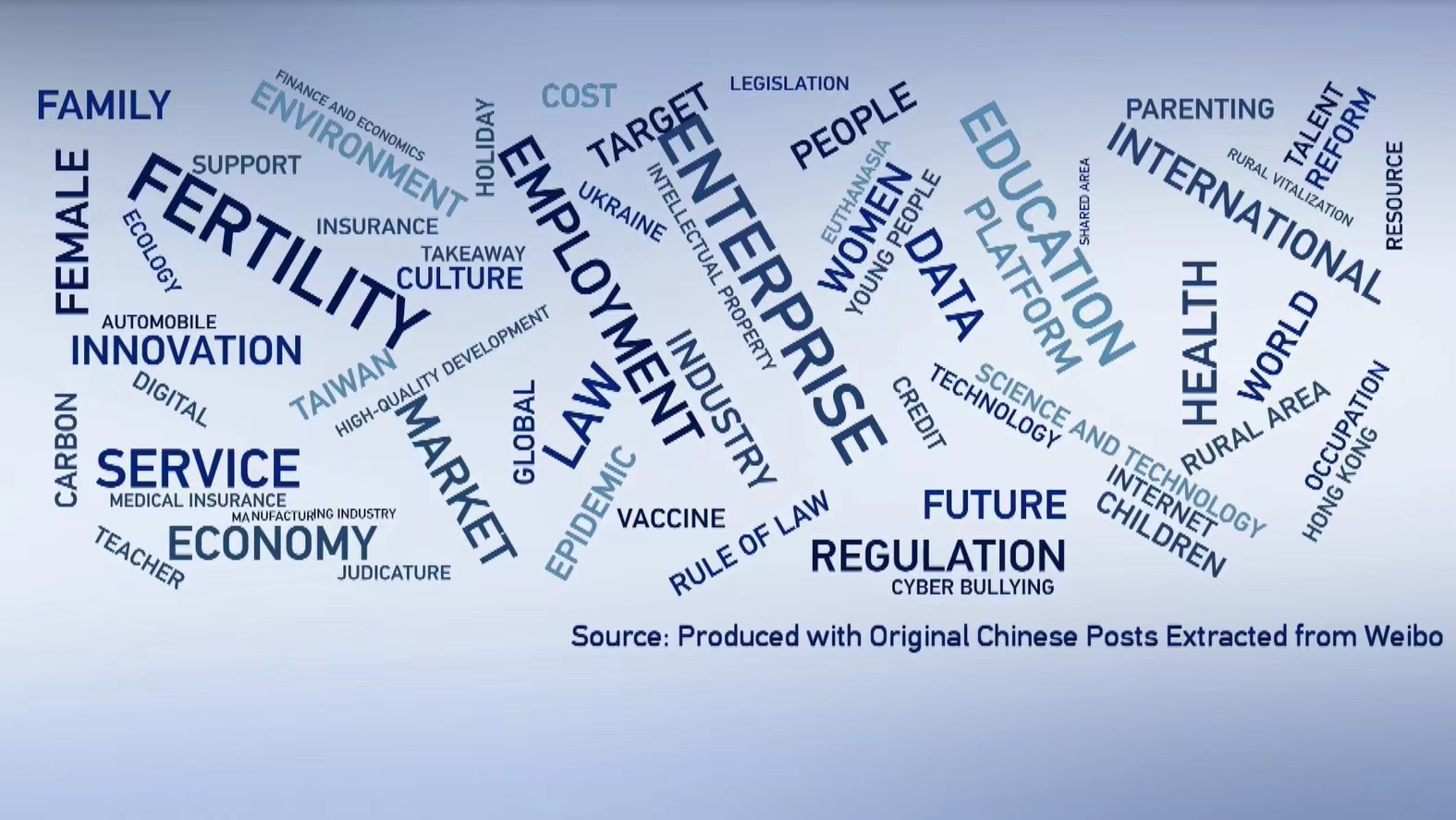 Using statistical programming tools, CGTN collected 50 of the "hottest" words on social media concerning this year's Two Sessions political season in China and formed a word cloud, in which the word size indicates its frequency or importance.

The word "enterprise" was among the top three most discussed words and phrases. It went under China's annual economic targets, with the growth rate goal set at around 5.5 percent. The COVID-19 epidemic is still taking a toll on businesses, especially small and medium-sized enterprises. The ongoing tax and fee reduction policies have reduced their burden and made it easier to survive. In the government work report, Premier Li Keqiang said that tax refunds and cuts are expected to total 2.5 trillion yuan ($396 billion) this year. He also said value-added tax credit refunds will account for 1.5 trillion yuan, all of which will go straight to enterprises. Among others, small-scale taxpayers will be exempted for a period from value-added tax.

"Employment" also featured highly. The word was mentioned 25 times in the government work report. Ensuring employment has become a core concern for the country in 2022, following the recovery of employment rates since the COVID-19 outbreak. Last year, the country created over 12 million new jobs, and this year the central government will create more than 11 million new jobs in urban areas, keeping the unemployment rate in urban areas under 5.5 percent. With over 10 million graduate students expected to join the job market this summer, the central government is looking to strengthen employment and entrepreneurship opportunities, for example, refunding unemployment insurance premiums for enterprises, and improving social security policies concerning flexible employment.

The word "women" has also been highly-watched during the political season. In his readout of the government work report, Premier Li vowed to crack down hard on the trafficking of women and children. The promise followed the case of a "chained woman with eight children" that drew public attention to human trafficking. Seventeen people were punished or put under investigation in late February after a video of a woman chained in a dilapidated hut in east China's Jiangsu Province went viral. Chinese legislators also called for heavier punishment for buyers and those complicit in human trafficking cases, with some saying that they expect the proposals to be implemented because of the attention from the public.