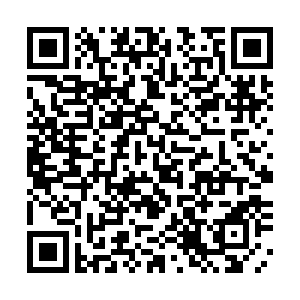 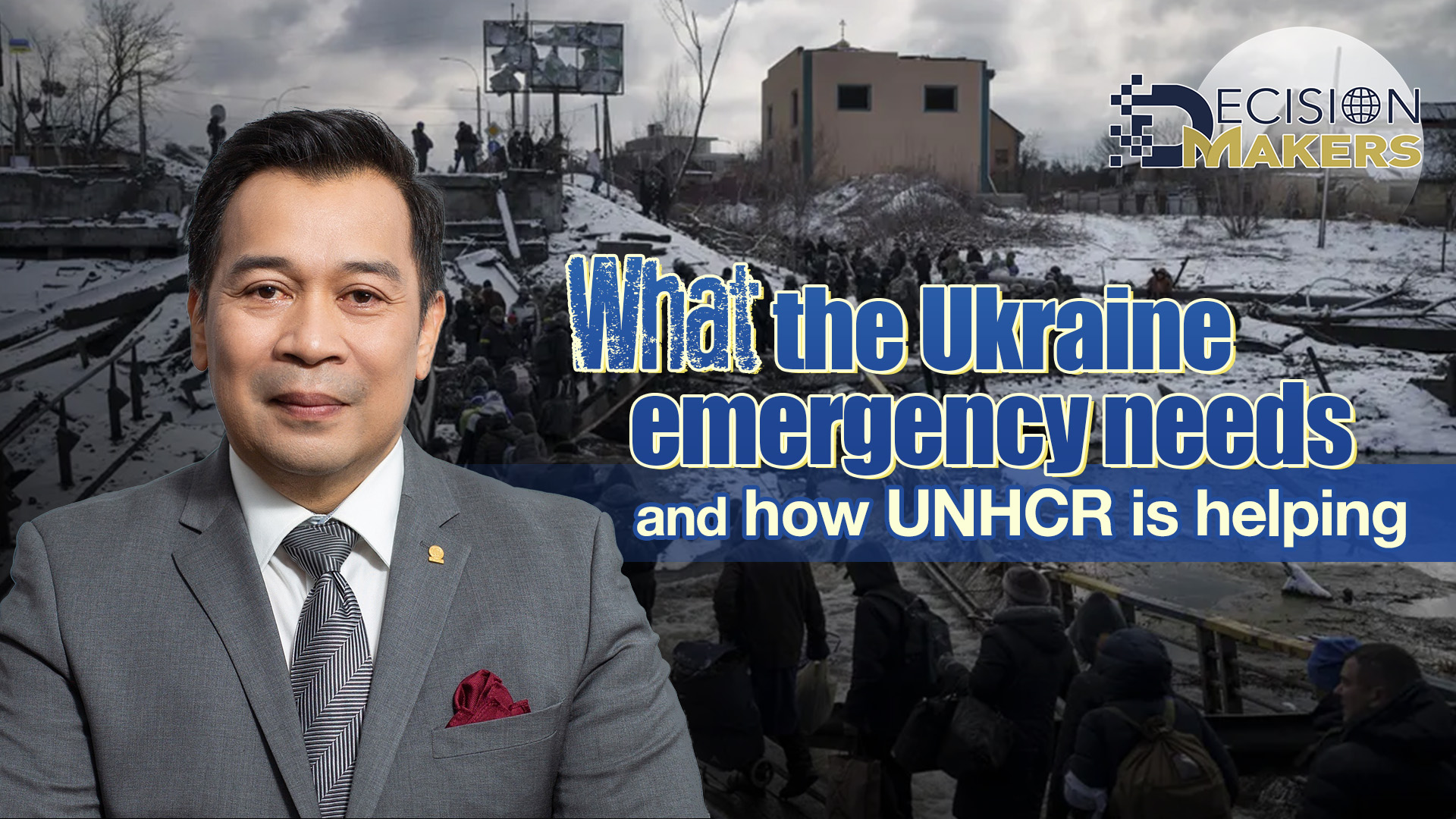 Editor's note: Decision Makers is a global platform for influential leaders to share their insights on events shaping today's world. Vanno Noupech is UN Refugee Agency's Representative in China. He has responded to emergencies and represented UNHCR for nearly three decades in over 30 countries. The article reflects the author's opinions and not necessarily the views of CGTN.

Even after almost 30 years working in humanitarian emergencies, I have never seen and could not imagine more than 2.3 million refugees fleeing a new conflict in a little more than two weeks.

UNHCR, the UN Refugee agency, is now facing one of the fastest growing displacement crises in Europe since World War II. While we are still grasping the unprecedented scale and speed of this new emergency, we are humbled by the surge in worldwide solidarity and support for those forced to flee as well as the work of our partners, neighboring countries and local host communities to help those escaping violence.

In Ukraine, the UN estimates that there are now around 1.85 million internally displaced people, and 12.65 million people have been affected by the conflict. They are also contending with freezing temperatures. Civilians fleeing are threatened by indiscriminate shelling and landmines, destruction of civilian infrastructure; families are becoming separated and women and children are facing heightened risks of gender-based violence. Fuel, cash, food, medicine and shelter materials are desperately needed by those who are displaced within the country. The UN continues to negotiate in order to secure access, safety and security for the delivery of lifesaving aid. UNHCR staff are on the ground in Ukraine and – like the civilian population – remain caught up in the hostilities. We are committed to stay and deliver assistance when and where access and security allow.

I echo our High Commissioner's gratitude to the governments of receiving countries who have admitted more than 2.3 million refugees who have crossed borders to seek safety and who urgently need mental health and psychosocial support as well as cash, food, shelter, and emergency relief items such as blankets, sleeping mats and hygiene kits. UNHCR is on the ground supporting these government efforts and has scaled up its operations as the crisis, already declared as UNHCR's highest level of emergency, escalates.

UNHCR's mandate is non-political: we support people who need our help, wherever and whoever they are, in line with the humanitarian principles: humanity, neutrality, impartiality and independence. We have a long-standing presence, with offices in Ukraine and in the neighboring countries, and we are currently scaling up our presence in the region. I am personally familiar with this part of the world, having worked for many years in Ukraine since the beginning of the crisis in 2014 and most recently in The Russian Federation before my appointment here in China.

UNHCR has been working with national authorities, scaling up our preparations and response in Ukraine since day one. We are coordinating protection activities as part of the UN interagency response including distributing core relief items for internally displaced people. We are already providing food, water, blankets, and shelter materials to reinforce damaged houses and infrastructure. We are helping local authorities to set up reception and transit centers for displaced people and providing heating, relief items and counseling at border areas. 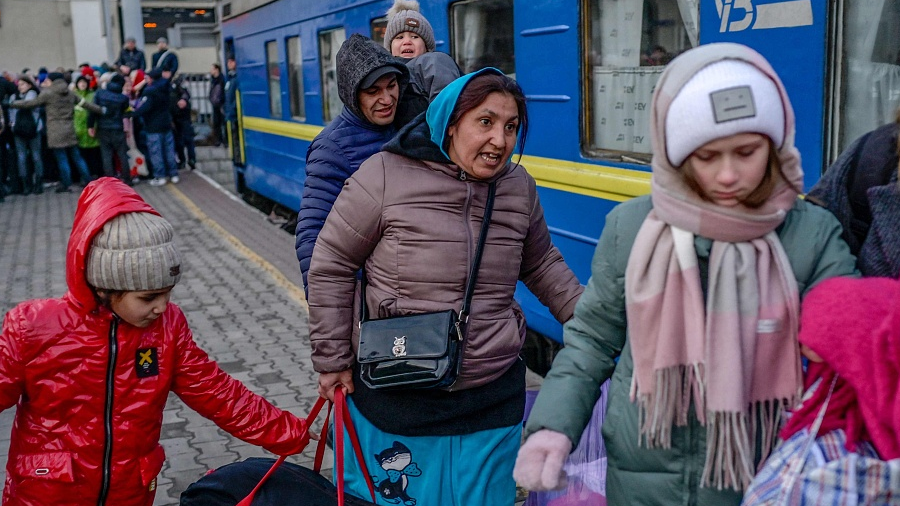 People rush to catch a train and evacuate the city at the central train station of the major port city of Odesa, Ukraine, March 9, 2022. /VCG

People rush to catch a train and evacuate the city at the central train station of the major port city of Odesa, Ukraine, March 9, 2022. /VCG

UNHCR has established warehouses or supply hubs in neighboring countries at all border areas with Ukraine and inside western Ukraine. We are rolling out cash assistance inside Ukraine, Poland and Moldova, and stepping up our operational engagement in Moldova and Poland, including cash assistance enrollment, reception, and protection.

I know many of the UNHCR colleagues who remain on the ground in Ukraine personally. They are deeply committed to delivering critically needed life-saving assistance whenever possible and despite tremendous challenges. But for UNHCR and our partners to continue delivering humanitarian aid in Ukraine, safe and unimpeded access to all affected areas is essential. Civilians must be protected and international humanitarian law must be upheld.

UNHCR is leading the Regional Refugee Response Plan to address the outflow of refugees into neighboring countries and playing an especially vital role in coordination, which facilitates efficient humanitarian work and avoids gaps and duplication. We are supporting protection efforts and registration, distributing emergency relief and cash assistance. We are also identifying and responding to the needs of the most vulnerable including women and children, who are the vast majority of refugees.

I know from my own emergency experience how critically people need information in such a complex and volatile situation with high levels of family separation and trauma. UNHCR and our partners are providing hotlines, leaflets and websites to help people affected understand their rights and access services and legal aid in the places they are taking refuge.

Thankfully Spring’s warmer temperatures will soon bring some relief to those who are displaced and who have lost their homes and belongings. But having worked in every phase of an emergency during my career with UNHCR, I know that we must start planning for the next harsh Winter when people who are displaced may still be without adequate shelter and heating and would have run out of resources. We must also ensure that refugee children can resume their education as soon as possible.

This kind of emergency response and UNHCR's rapid scale up in circumstances changing by the minute is only possible with the generous flexible funding UNHCR receives from governments, companies and the public. Few of us could have imagined a few weeks ago the situation we face now, and yet we have been able to respond immediately.

Before this crisis, UNHCR was already appealing for nearly $9 billion to meet the needs of over 100 million people who are and will be forcibly displaced around the world in 2022. Now we need an additional $510 million to sustain protection and assistance for what we estimate will become over 2 million people displaced inside Ukraine and 4 million refugees in neighboring countries. Flexible funding is vital for UNHCR to continue to deliver an efficient and adaptive response.

UNHCR is grateful for China's support to this crisis. The Chinese government has publicly called for protection, shelter and humanitarian access and reaffirmed the role of the United Nations in coordinating and channeling humanitarian aid. We have received an outpouring amount of sympathy and support for those affected from the Chinese public and private companies.

As the UN Refugee Agency, our mandate is to protect refugees worldwide. Together, we must leverage this moment of extraordinary solidarity with those forced to flee, for all the emergencies and protracted situations around the world where UNHCR and our partners are responding. Let our calls for peace coupled with this surge in support for humanitarian aid reach beyond the Ukraine emergency to Afghans, Ethiopians, Syrians, the Rohingya and so many others who – like those fleeing Ukraine - never chose to be refugees and who dream of returning home.