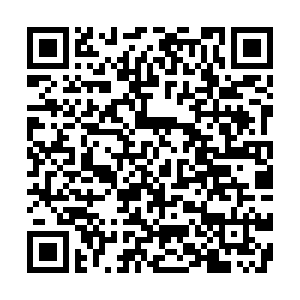 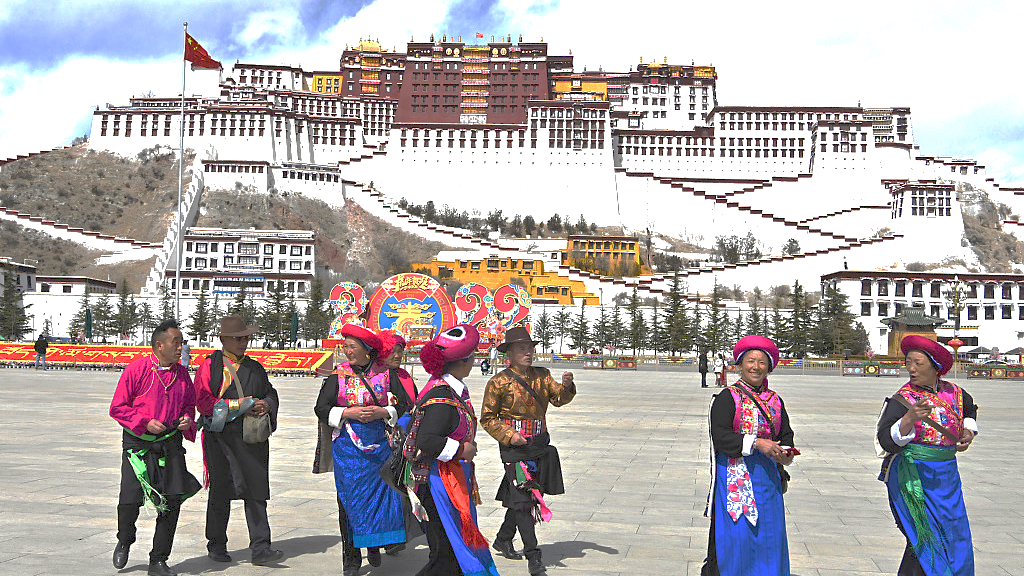 The annual Tibetan New Year, the most important festival for the Tibetan ethnic group, is drawing to an end. In early March, we traveled to Lhasa, the capital city of southwest China's Tibet Autonomous Region, to find out how locals mark the occasion. Though large gatherings, such as the traditional equestrian race and Tibetan opera performances, are canceled because of COVID-19, the festive atmosphere still permeates the city.

The festival is locally known as Losar, which starts on a different date every year according to the Tibetan calendar. This year it fell on March 3, but preparations began days before as is the custom with families shopping for food and home decorations.

A customary thing every local household prepares is Qemar, a wooden container filled with highland barley and Tsampa, a Tibetan staple foodstuff made of barley flour. Standing on them are some barley spikes of different colors. It's something locals offer to visiting relatives and friends during the festival.

What's worth mentioning is that there is a set process to follow to eat Qemar. I was caught off guard when a Tibetan woman offered it to me during my visit to her home. First, you need to get a small amount of Tsampa with your fingers and throw it up in the air. You repeat this action three times, then put some of the food into your mouth while saying Tashi Delek, a Tibetan blessing. 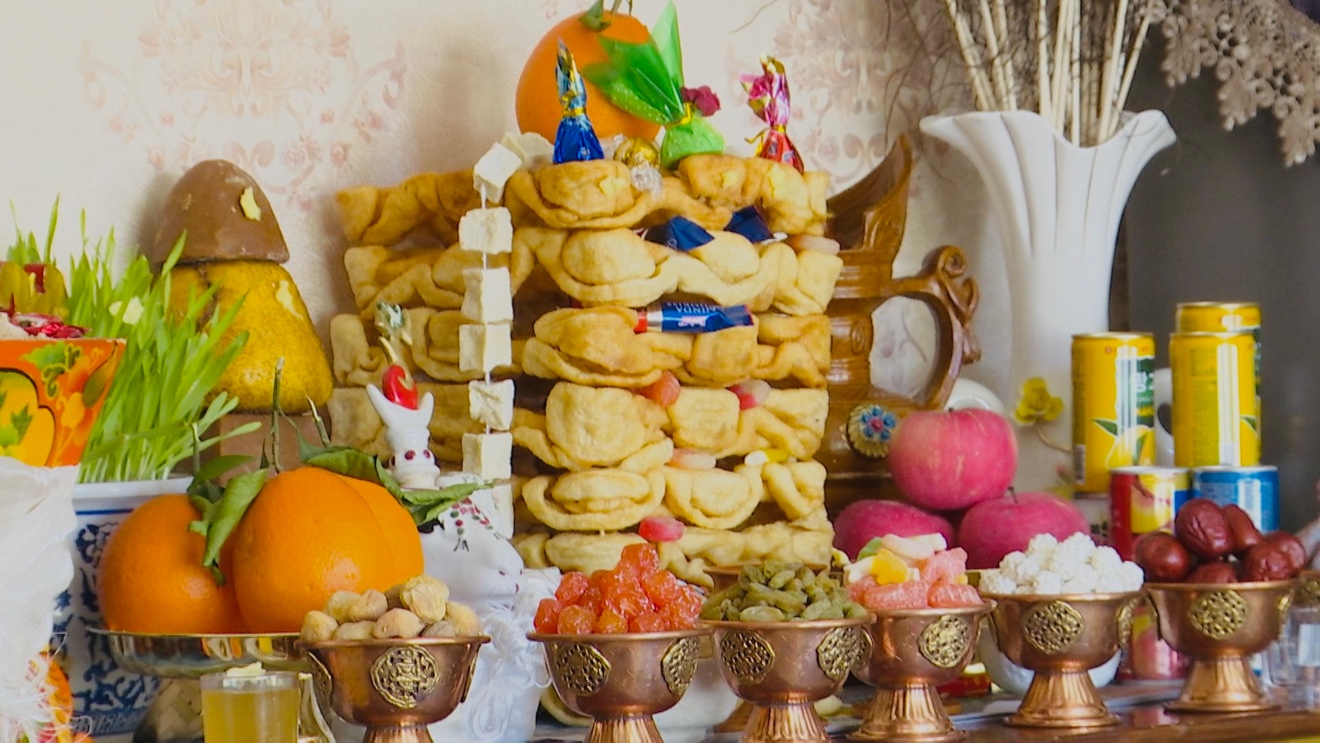 Various traditional food prepared by a family in Lhasa for the Tibetan New Year. Zhang Youze/CGTN

Various traditional food prepared by a family in Lhasa for the Tibetan New Year. Zhang Youze/CGTN

Another popular traditional food is called Kharpse, a deep-fried dough of various shapes and colors. Some families make it at home, but the snack is also readily available at the market.

A big ritual comes two days before New Year's Day, when families get together to make and eat a special delicacy called Guthuk, a kind of doughball soup. The dough is often cooked with nine different ingredients but this varies between families. Locals believe that having this soup can help dispel bad spirits.

Traditionally, different things will be placed inside the balls of dough, such as wool, chili pepper and salt, each with a symbolic meaning.

We visited a local family who still observes the tradition, but like other families, substitutes the actual fillings with words indicating what could have been encased in the dough.

"My husband got 'wool,' which means he is kindhearted. My daughter got 'salt,' indicating she's a slacker. And I got 'glass,' with a similar meaning to 'salt,'" explained Myma Yangkyi, the hostess, adding that this brings a lot of fun to the festival.

Yangkyi's husband Chen Jianmin is from the Han ethnic group. He said that Losar is a great time for family reunion, just like the Spring Festival celebrated by Han people.

"During the Spring Festival, my wife would make dumplings and cook some dishes that Han people like. And during the Tibetan New Year, we celebrate it in a Tibetan way. It's important to respect each other's traditions," said Chen.

Just like years past, locals also lighted torches in the night to expel evil spirits and misfortune before ushering in a new year. But with many people having moved to government-funded buildings in urban centers from remote areas as part of poverty alleviation efforts, the "ghost exorcising" ritual is no longer as grand as it used to be. 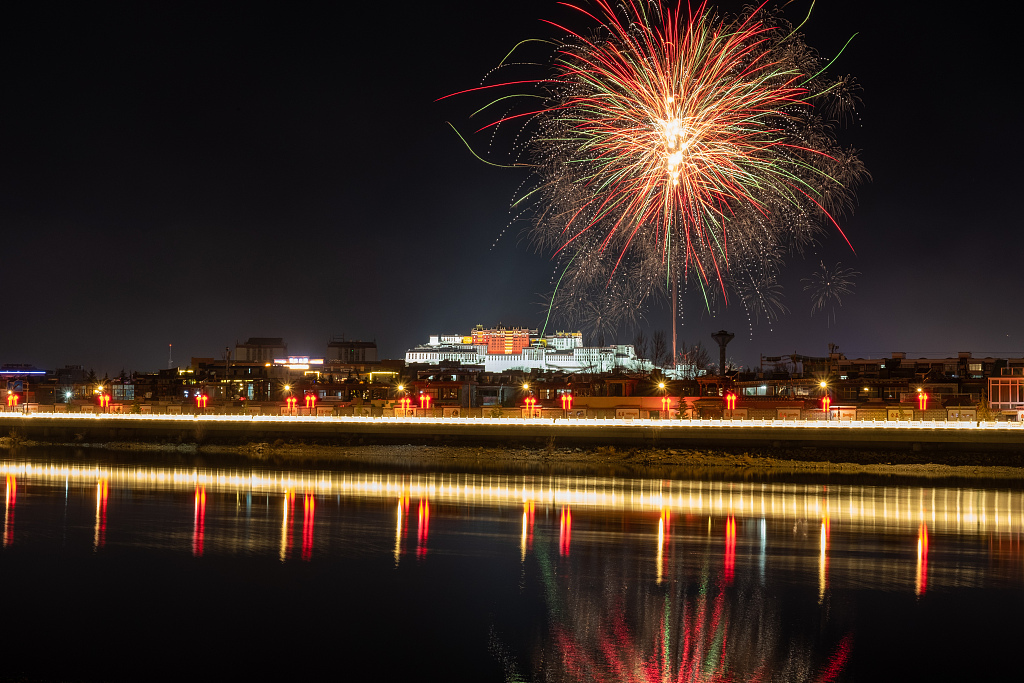 A fireworks display is held in Lhasa to celebrate the Tibetan New Year. /CFP

A fireworks display is held in Lhasa to celebrate the Tibetan New Year. /CFP

That night, a splendid display of fireworks was also held near the city's landmark Potala Palace, a big surprise to locals and tourists from across the country.

(Liu Mengjie and Xu Guoqiang of Lhasa TV also contributed to this report.)