Download
Ukraine crisis: Why doesn't the West show the same outrage for wars in the Middle East?
By Li Jingjing 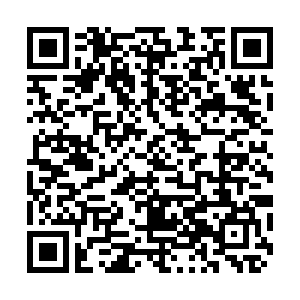 The crisis between Russia and Ukraine is getting wall-to-wall coverage and worldwide outrage. But a question worth asking is: Why was there no similar reaction to the countless wars backed by the West that devastated the Middle East?

Millions of innocent people were murdered and displaced because of the NATO-backed wars in the region over the past few decades. People in some countries are still struggling to make a living because of Western sanctions. Just this January, a U.S. drone strike in Kabul killed 10 civilians during the final hours of the chaotic withdrawal of American soldiers after 20 years of occupation. In February, the administration of U.S. President Joe Biden freed $7 billion in Afghan funds held by U.S. financial institutes while the average Afghani needs money the most.

The wars waged by the United States and its allies have led to painful consequences in human history. Yet we have never seen the level of condemnation, isolation and sanctions like those towards Russia today.

In fact, the wars waged by Western allies were even glorified by some media outlets.

For example, the cover of The Economist magazine in the May 31, 2003 issue read "The Waging of Peace" next to the image of George W Bush, the then U.S. president who green-lit the invasion of Iraq. 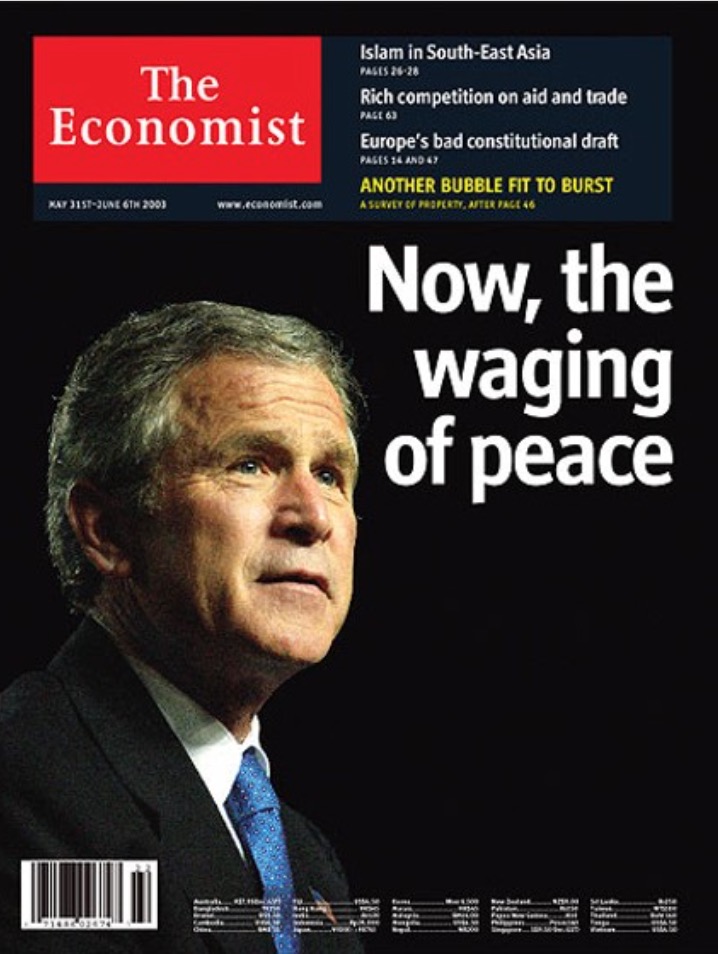 So why was the mood different when Western countries were the ones launching the attacks? Why were no sanctions slapped on the U.S. or the UK? Why was there no global outrage when it was the people from non-Western countries suffering?

It's the hypocrisy of the West at its best.

The destruction after wars is worsened by sanctions used as a punishment for civilians.

"People think sanctions are a kind of peaceful alternatives to war, my cousins told me they'd rather live under bombs again than to have sanctions," Richard Medhurst, a Syrian journalist who is now based in Vienna, said when talking about his relatives in Syria. He believed the sanctions are modern-day siege warfare aimed to get people lacking access to basic necessities.

Medhurst has been calling out the atrocious crimes done by certain Western governments and gained a number of followers worldwide on social networks.

In an interview with CGTN, he told stories of destruction that the wars caused worldwide.

"Libya used to be one of the most prosperous countries in Africa, they [the West] promised the people of Libya democracy, they promised them all these changes, where is it? We are in 2022, they've been telling us that Gaddafi had to be taken out, no-fly zone, and then people in Libya will prosper, just like they said in Iraq, they were going to bring democracy, where is it?" asked Medhurst.

"These countries are still under occupation, they are still destroyed, the people there have been turning into refugees, and the living standards have gone down."