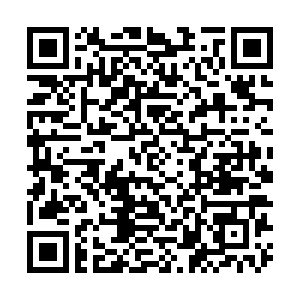 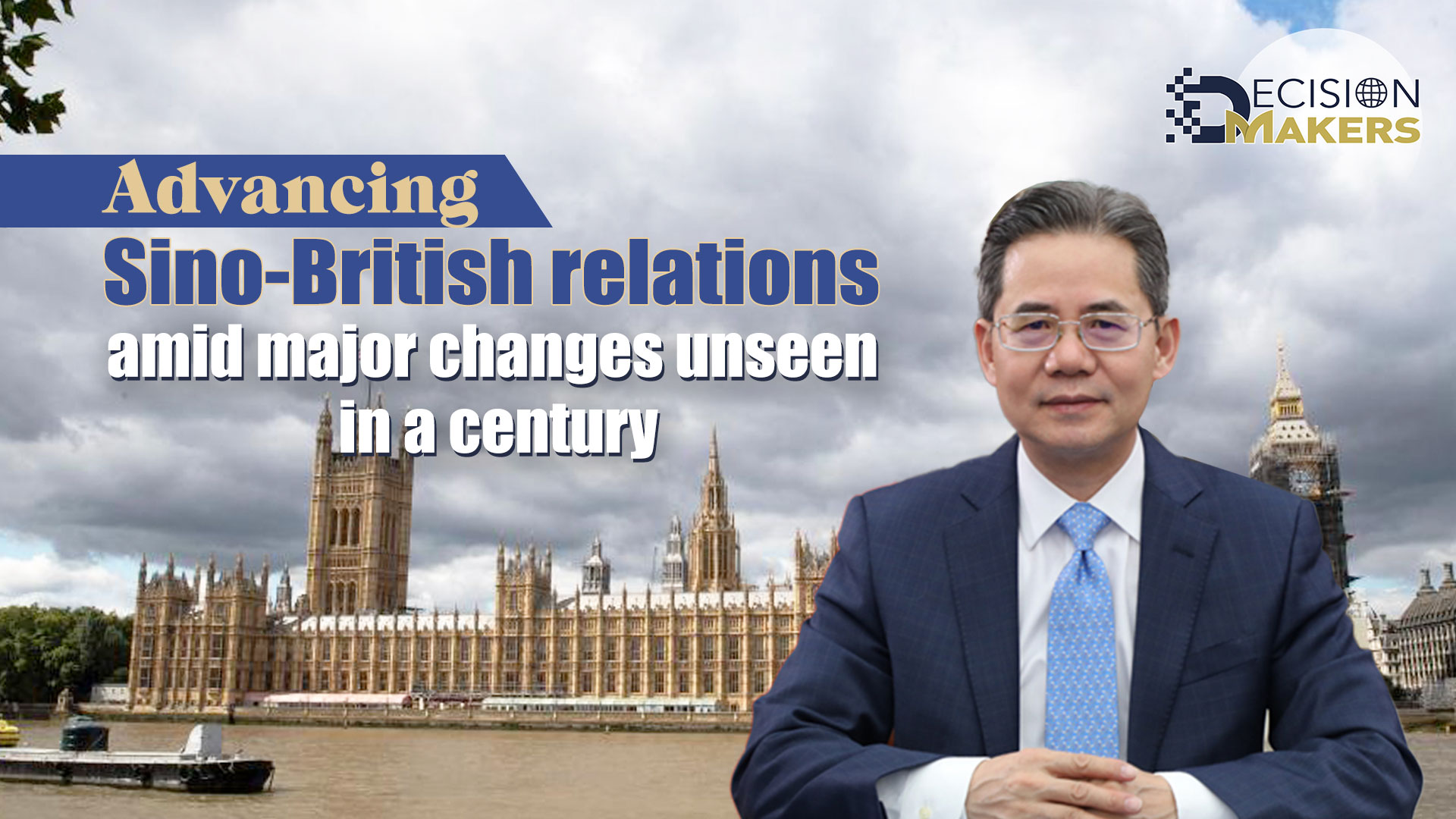 Editor's note: Decision Makers is a global platform for influential leaders to share their insights on events shaping today's world. Zheng Zeguang is the Chinese ambassador to the UK. The article reflects the author's opinions and not necessarily those of CGTN.

50 years ago, as international relations and the world order were about to undergo major changes, China and the UK signed, on the March 13, 1972, the Communiqué of the Governments of the United Kingdom of Great Britain and Northern Ireland and of the People's Republic of China on an exchange of Ambassadors, opening a new chapter in their bilateral relations.

Today, as the world experiences profound changes unseen in a century, Sino-British relations have come to a new historical juncture. The two sides should draw on past experience while also going with the tide of the times, and make sensible choices when mapping out the future of bilateral ties.

First, the relations between China and the UK should be developing in a way that meets the fundamental interests of the Chinese and British people, and people in the rest of the world. Over the past 50 years, the two countries have made significant progress in bilateral exchanges and cooperation in different sectors, bringing substantial benefits to people on both sides.

50 years ago, yearly trade in goods between China and the UK stood at only $300 million; bilateral investments were few and far between; and exchanges of tourists and students were scarce. In 2021, trade in goods between the two topped $100 billion for the first time, and two-way direct investment stock hit $47.4 billion. There were 2 million people involved in people-to-people exchanges between the two countries before the pandemic, including over 220,000 Chinese students currently studying in the UK.

China and Britain have stepped up coordination on the development of the world economy, kept the lines of communication open in response to global challenges, and played a positive role in maintaining world peace and promoting common development.

Sino-British cooperation has proven to be in the interest of both countries and in line with the tide of our times. Those who beat the drum for decoupling and stir up ideological confrontation are on the wrong side of history, and will not hinder history's progress.

Looking ahead, the two countries should attach the greatest importance to the fundamental interests of our two peoples as well as people throughout the rest of the world. To do this, it is necessary to continue to maintain dialogue and cooperation, seize opportunities for development, jointly tackle challenges, and build a healthier and more stable bilateral relationship. 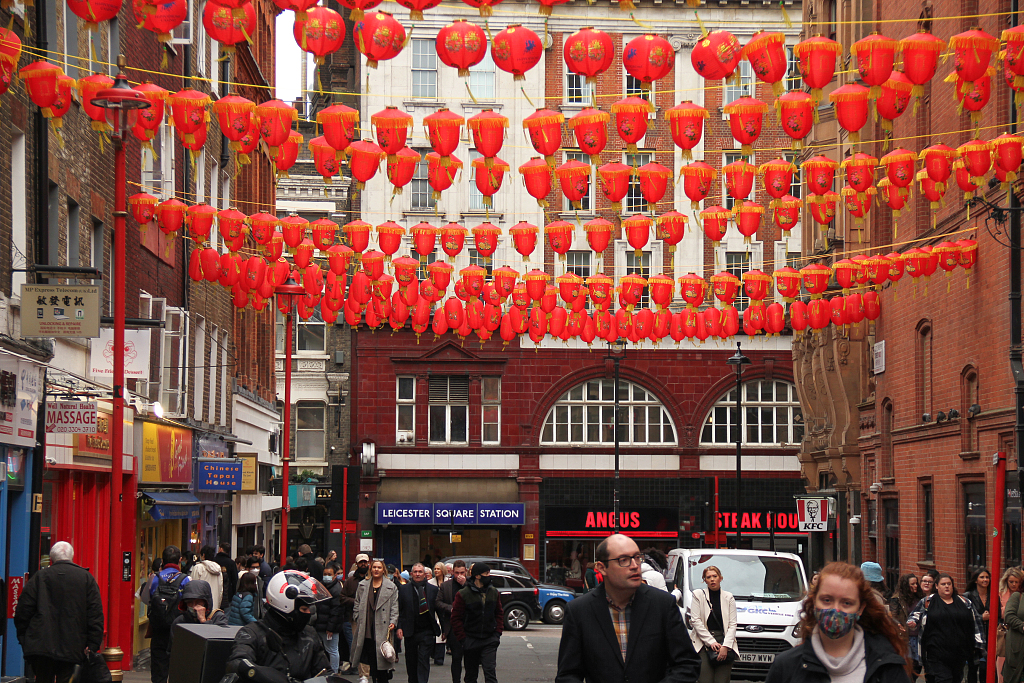 Chinatown in central London is decorated with lanterns in preparation of the new Year, London, UK, January 29, 2022. /CFP

Chinatown in central London is decorated with lanterns in preparation of the new Year, London, UK, January 29, 2022. /CFP

Second, the two countries should steadfastly uphold the principles of win-win cooperation, mutual learning and tolerance to nourish bilateral relations. In today's world, the national interests of all countries are inextricably connected, and every human being's destiny is in some way tied to that of many others.

Against this backdrop, China and the UK should tap into the enormous potential for cooperation created by our complimentary economic features, and join hands to seek common prosperity. The two sides should utilize their respective strengths, deepen cooperation in sectors such as trade, investment, finance, infrastructure and health care, and actively explore opportunities for cooperation in third-party markets.

China and the UK should also strengthen their partnership in green development. The two countries respectively held the COP15 and COP26 last year, contributing significantly to the global cause of biodiversity protection, the tackling of climate change, and green development. Moving forward, China and the UK should work on expanding cooperation in areas such as low-carbon development, clean energy and green finance to better protect our planet. Moreover, the two countries should work together to shoulder international responsibilities.

As members of the UN Security Council and as major economies, both China and the UK must adamantly uphold an international system with the UN at its center, a world order built upon international law, and norms of international relations dictated by the principles of the UN Charter. Joint efforts should also be made to facilitate the reform and improvement of global governance, building a community and shared future for mankind and promoting world peace and development.

Third, the two countries should respect each other's core interests and major concerns to consolidate the foundation of bilateral relations. Half a century ago, through the signing of the joint Communiqué, China and the UK affirmed their shared position to honor the principles of mutual respect for each other's territorial integrity and sovereignty, non-interference in each other's internal affairs, and equality and co-operation for mutual benefit.

Britain recognized the Chinese government's position that Taiwan is a Chinese province, and that the government of the People Republic of China is the sole legal government of China. This laid the foundation for Sino-British relations. History has clearly shown that when these principles are well followed, the relationship between the two countries will be in good shape. Otherwise, there will be troubles or even setbacks.

Sino-British cooperation in the past has proven to be in line with the tide of times and in the interests of the two peoples. In the future, let us continue to attend to people's needs, shoulder responsibilities and jointly advance Sino-British relations amid major changes unseen in a century.