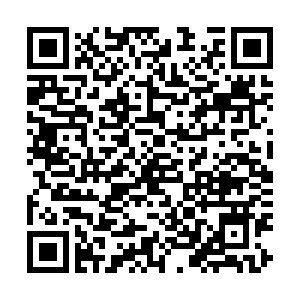 The Brazilian Amazon was detected of a record high level of deforestation in February for that month, following a similar record in January.

Satellite alerts regarding deforestation in February corresponded to 199 square kilometers, the highest indicator for that month in seven years since the start of record-keeping and 62 percent higher than in the same month in 2021, according to preliminary data released by the Brazilian space agency's DETER monitoring system on Friday. 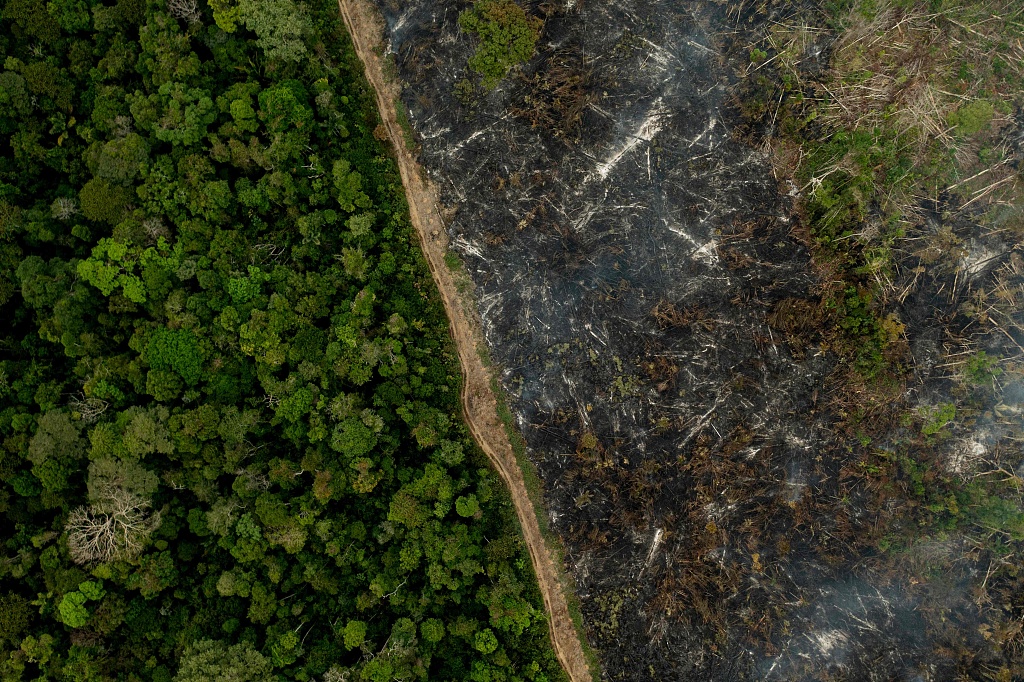 Aerial view of a burnt area of the Amazon rainforest near the city of Porto Velho, Brazil, September 15, 2021. /VCG

Aerial view of a burnt area of the Amazon rainforest near the city of Porto Velho, Brazil, September 15, 2021. /VCG

The Amazon's resilience – the ability to recover from events such as droughts or fires – has declined consistently in more than three quarters of the rainforest since the early 2000s, according to a recent study carried out by the University of Exeter and published in the journal Nature Climate Change.

The findings, based on three decades of satellite data, show alarming trends in the "health" of the Amazon rainforest.

This transition might not bode well for the Amazon's rich biodiversity, carbon-storing potential and global climate change, the study warned.

"The trees are losing health and could be approaching a tipping point – basically, a mass loss of trees," said Dr Chris Boulton of the University of Exeter.

"The Amazon stores lots of carbon and all of that would be released into the atmosphere, which would then further contribute to increasing temperatures and have future effects on global mean temperatures," he said, adding that stopping deforestation would go some way to addressing the problem.

Around a fifth of the rainforest has already been lost, compared to pre-industrial levels, the researchers said. 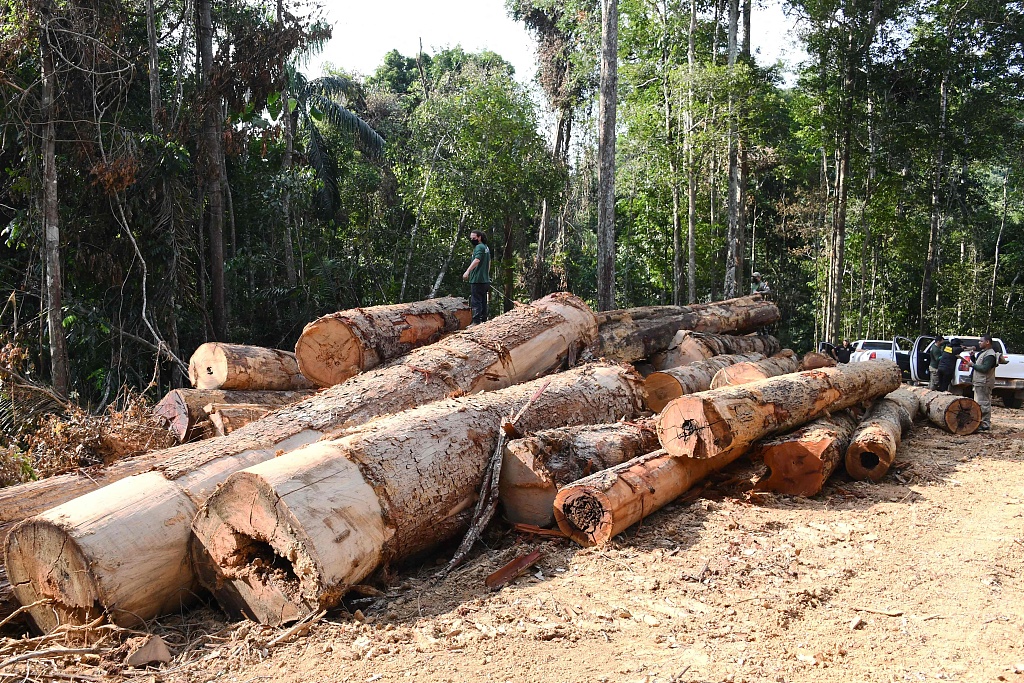 Officials inspect a deforested area in the Amazon rainforest in Brazil, September 22, 2021. /VCG

Officials inspect a deforested area in the Amazon rainforest in Brazil, September 22, 2021. /VCG

DETER data is considered a leading indicator for complete calculations released near year-end from the more accurate system, Prodes, which is based on clearer images.

According to Prodes data related to the 12-month reference period from August 2020 to July 2021, deforestation in Brazil's Amazon reached a 15-year high after a 22 percent jump from the previous year.