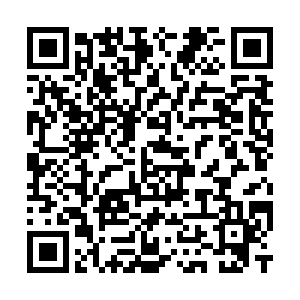 Since the beginning of this spring, Fujian Province in southeast China has planted 46.15 million trees. As China's greenest province with a 66.8 percent forest coverage rate, Fujian has set an even more ambitious goal in the following years to absorb more carbon by maintaining the forests to act as carbon sinks.

With the theme of contributing to carbon neutrality on this year's Tree-planting Day on March 12, more efforts were made planting mangroves. Mangroves can store three to five times more carbon per hectare than other forest types, and have the ability to withstand tsunamis and hurricanes.

More mangrove seedlings have been grown this year in Xiamen City's Xiatanwei Mangrove Forest Park, which covers 85 hectares. Thirty-six hectares of the forest are "carbon-neutral," and are composed of precious mangrove species such as kandelia and ceriferous parmentiera. It is expected to completely absorb the more than 3,000 tonnes of carbon dioxide emissions generated during the 2017 BRICS summit in Xiamen within 20 years, according to the Bureau of Marine Development of Xiamen.

After years of monitoring the mangrove area in Zhangjiang Estuary, Professor Zhu Dongxu from Xiamen University has found the mangrove forest is now expanding after extensive maintenance efforts.

"The capacity of a carbon sink is related to the area, so when the area of mangroves increases, its carbon sink capacity is enhanced," said Zhu, adding "on the other hand, the existing and original mangrove area which has expanded under consistent protection has resulted in strengthened absorption."

Meanwhile, a new trend is gaining momentum to attract public attention about greening the environment.

Some 8,600 square kilometers of green land in Xiamen Botanic Garden are open for public adoption. Trees within that area can be adopted by individuals and organizations. On the day the news was announced, 872 trees were adopted. Adopters can enter the park any time, free of charge, to take care of the trees or grass area they claimed with assistance from the garden staff.

"I think this is a meaningful activity," said Weng Bin, a tree adopter. "I plan to take care of tree just the way I care my own child at weekends or any time when I am free. If every individual contributes to the greening process, our environment could become cleaner faster."