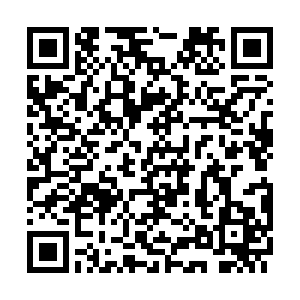 The third community isolation facility (CIF) in China's Hong Kong Special Administrative Region (HKSAR) constructed with support from the mainland was put into operation on Saturday.

John Lee, chief secretary for administration of the HKSAR government, visited the newly-built CIF on the Hong Kong Boundary Crossing Facilities Island of the Hong Kong-Zhuhai-Macao Bridge. It offers over 400 rooms with around 1,200 beds for emergency isolation.

The facility, which covers an area of about 24,000 square meters, is composed of modular cubicles, with rooms equipped with basic furniture and bedding as well as air conditioners and smoke sensors. 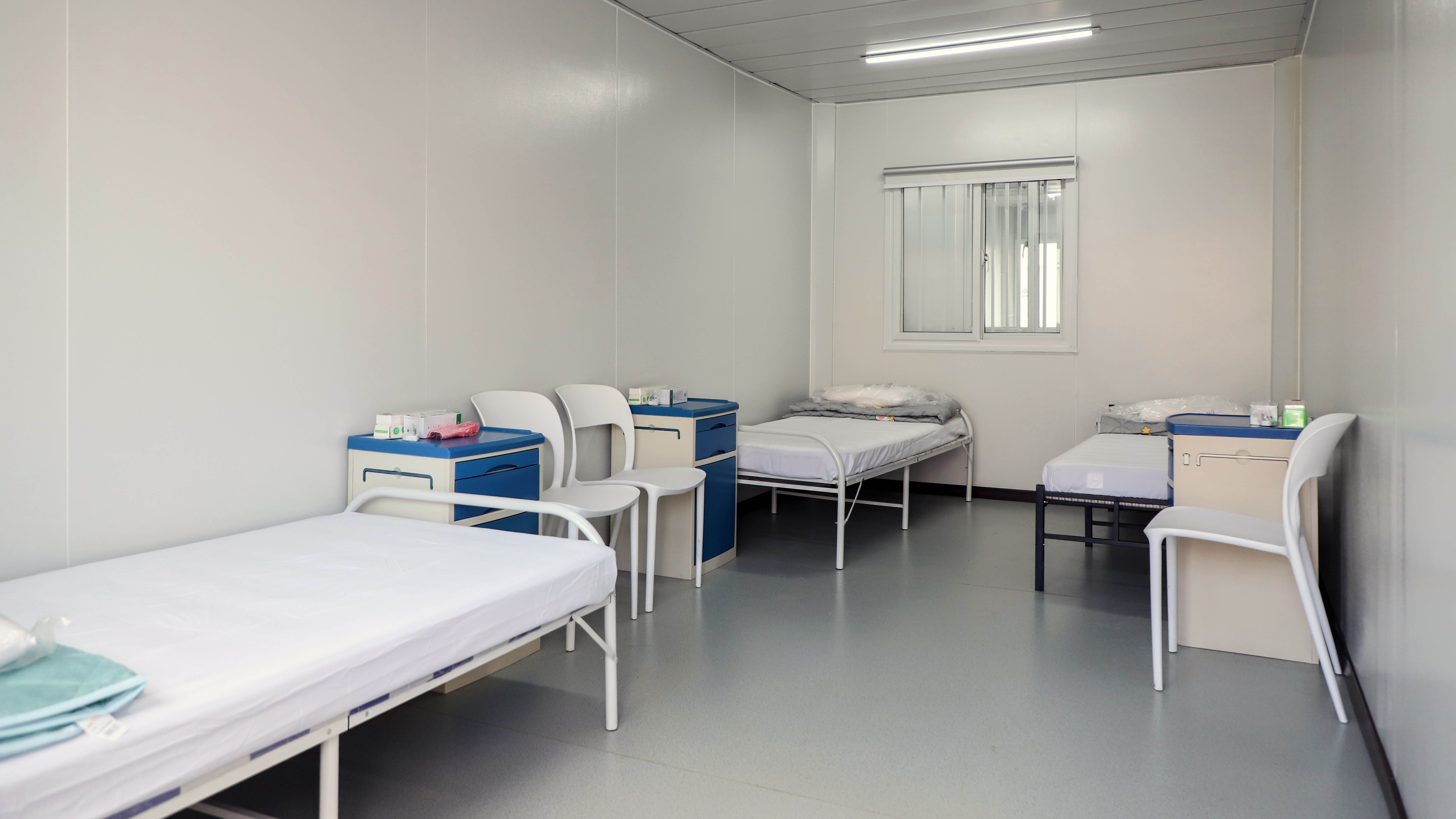 Designed and built by China State Construction International Holdings Ltd., the facility was constructed in less than 20 days.

Lee said the construction of the isolation facility was a sign of the central government's full support for the HKSAR's fight against COVID-19 as well as the effective coordination of the Liaison Office of the Central People's Government in the HKSAR with the construction. It also represents the achievements after overcoming difficulties with the tireless efforts of the construction personnel.

"As more community isolation and treatment facilities are completed with the support of the central government and handed over to the HKSAR government for operation, we will make the best use of the facilities to isolate infected persons as early as possible to cut the transmission chains, safeguard lives and health, and stabilize the epidemic situation," Lee said.

Among the CIFs built with the support of the mainland, the ones in Tsing Yi and San Tin have started operation, and their room occupancy rates have reached around 80 percent. The other projects in Ma Sik Road of Fanling, Hung Shui Kiu and Tam Mei of Yuen Long, will be handed over to the HKSAR government this month.

The six facilities will provide about 20,000 additional beds for emergency isolation, according to Lee. 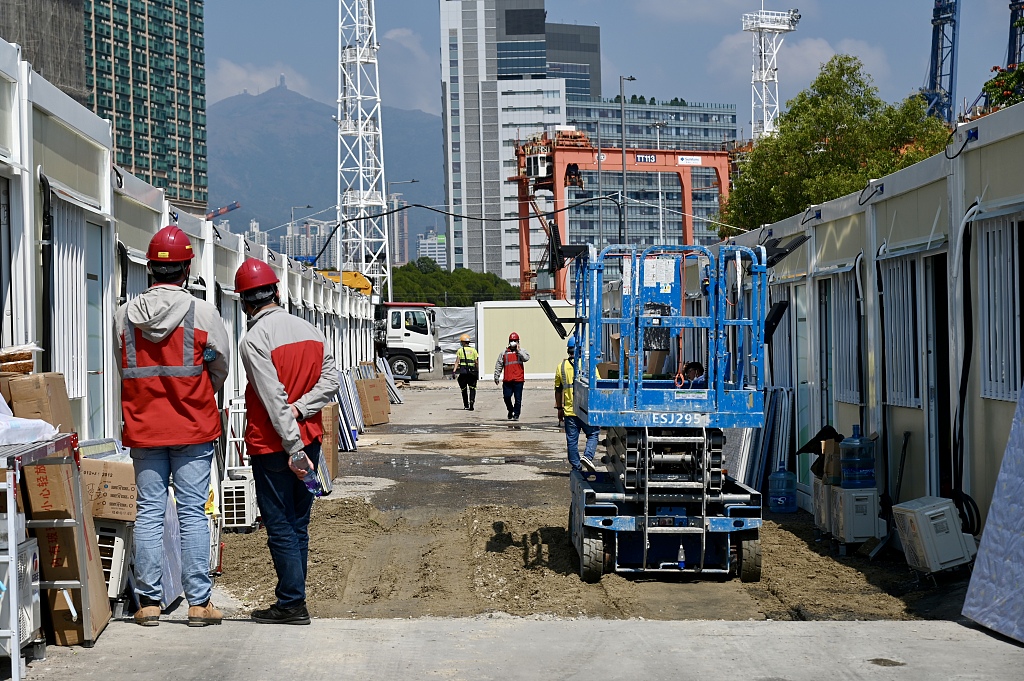 A picture of a construction site for COVID-19 hospitals and isolation facilities in Tsing Yi, Hong Kong, February 27, 2022. /CFP

A picture of a construction site for COVID-19 hospitals and isolation facilities in Tsing Yi, Hong Kong, February 27, 2022. /CFP

Vaccination rate and the fifth wave of the pandemic

On Saturday, Hong Kong registered 15,789 new COVID-19 cases, according to the official data.

In the fifth wave of the pandemic in Hong Kong, the mortality rate of the elderly is relatively high. Of the deaths, 90 percent were not vaccinated or had not completed the vaccination.

The key task now is to continue to maintain the public's motivation of vaccination, especially the elderly and children, and reduce their severe illness and mortality,  the HKSAR government's Secretary for the Civil Service Patrick Nip said in an interview with Xinhua.

About 2.1 million people in Hong Kong have received three doses of COVID-19 vaccines, Nip said, adding that a further increase in the vaccination rate is important for Hong Kong to control the fifth wave of the pandemic.

In the future, the HKSAR government will focus on vaccinating the elderly and children by sending outreach teams to provide vaccination services in residential care homes and schools, as well as setting up more vaccination centers in the community, he added. 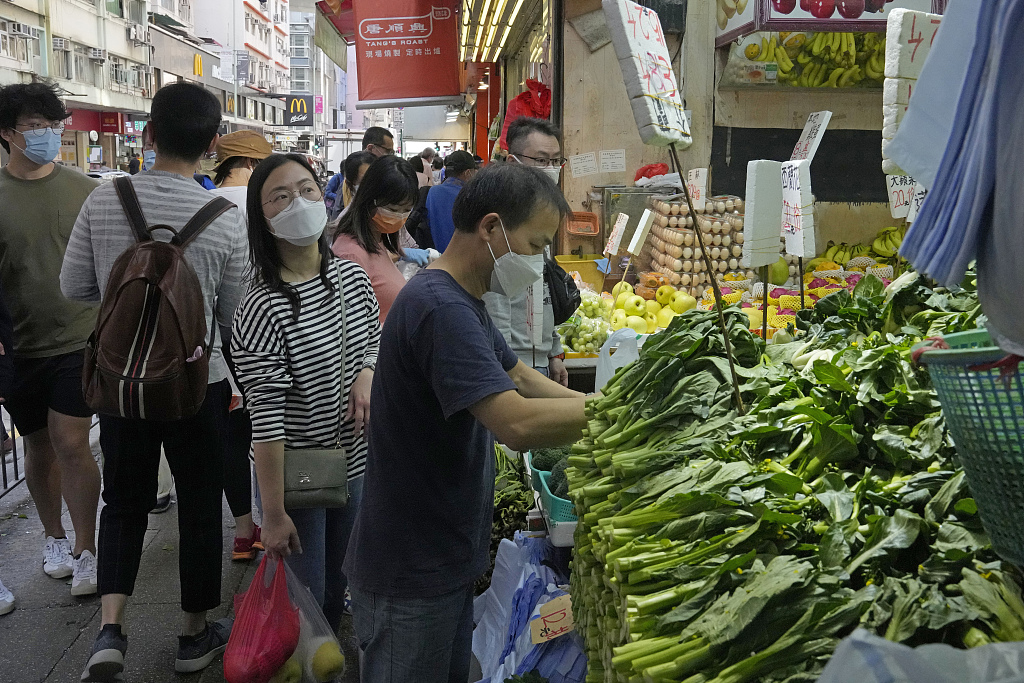 Also on Saturday, Chief Executive of the HKSAR Carrie Lam said at a press conference on the latest epidemic situation that the supply of cross-border fresh food in Hong Kong has generally returned to normal, and prices have also dropped sharply.

She said, for a period of time, many people in Hong Kong were infected or became close contacts and had to be quarantined, which led to the shortage of manpower in the transportation industry and affected cross-border and local logistics. However, the situation has been continuously improved.

The HKSAR government will provide information in an open and transparent manner to avoid misunderstandings and confusion among the public, she added.

She also noted that the HKSAR government will continue to further leverage the advantages of Traditional Chinese Medicine (TCM) in the prevention and control of the COVID-19 epidemic and consolidate TCM as an integral part of the medical system in Hong Kong.