Download
Ukraine crisis: To be on the same page, U.S. and Russia first need to be in the same book
Bobby Naderi 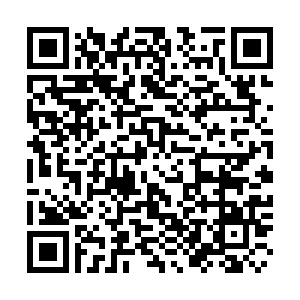 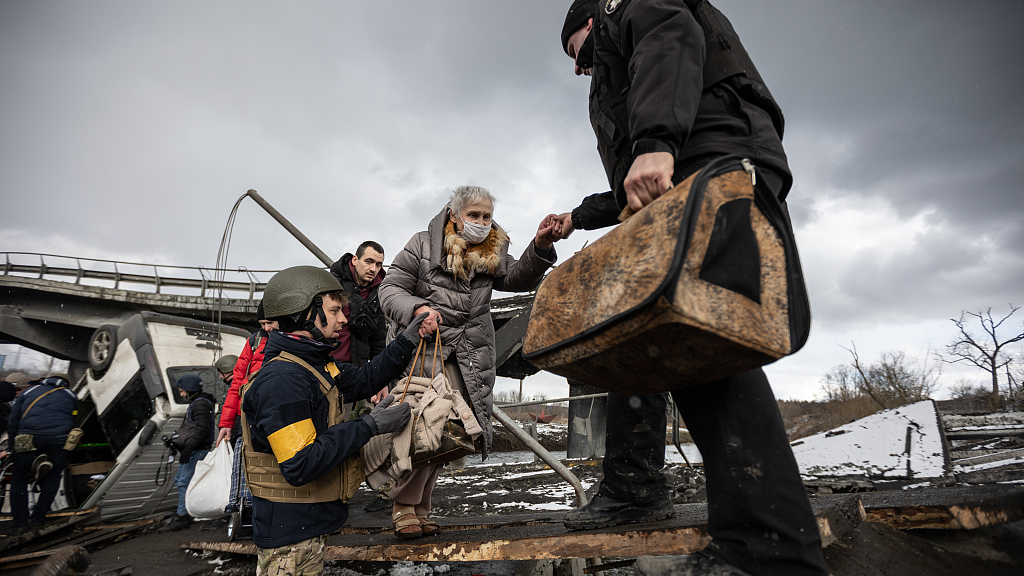 At a time when the United Nations fears the number of people displaced and uprooted by the fighting in Ukraine is three times higher than expected, it makes no strategic sense for the United States to paint the map in a longstanding, well-known and seemingly non-convergent color that's all on its side of the story.

No less sad is why Washington is in no rush to attempt high-level talks with Moscow to deliver a diplomatic off-ramp out of the humanitarian crisis in Ukraine. In this endless superpower struggle for dominance over the vast Eurasian landmass, the U.S. is perhaps bent on inflicting economic pain and strategic defeats on Russia. U.S. Secretary of State Antony Blinken claimed before the crisis that Washington gave the Kremlin the exit lane. But it also ignored Moscow's key demand for a guarantee that Ukraine wouldn't join NATO.

Consequently, Russia went for the military option, and the U.S. and like-minded partners flooded weapons into the Eastern European country. The U.S. is going full steam with NATO, the G7 and its EU allies. It has gone even further by downgrading Russia's trade status and banning more Russian imports, regardless of the cost to European and American consumers. Beneath the visible outbreak of such an unhelpful confrontation, expect Russia's status as a "most-favored nation" to be revoked, as well as higher tariffs on Russian goods amalgamated with greater trade barriers for signature sectors of the Russian economy.

These reckless, destructive policies and rules will neither create value for peace and security in Ukraine nor isolate and ruin Russia. Many fast-growing economies have already refused to join the U.S.-led campaign of sanctioning Russia. They call on Washington to stop leveraging financial and trade sanctions, seeing that the key to resolving the conflict with a positive outcome would be to look for a ceasefire agreement, find common ground for security, formulate proactive strategies and appreciate security differences.

These fast-growing economies have also resisted Washington's pressure to abandon Moscow altogether. Many remain neutral at the United Nations and the Security Council. They disapprove of Russia's military operation but also recognize that NATO's expansion led to the problem. They are calling for Ukrainian neutrality and addressing Russia's legitimate security concerns. 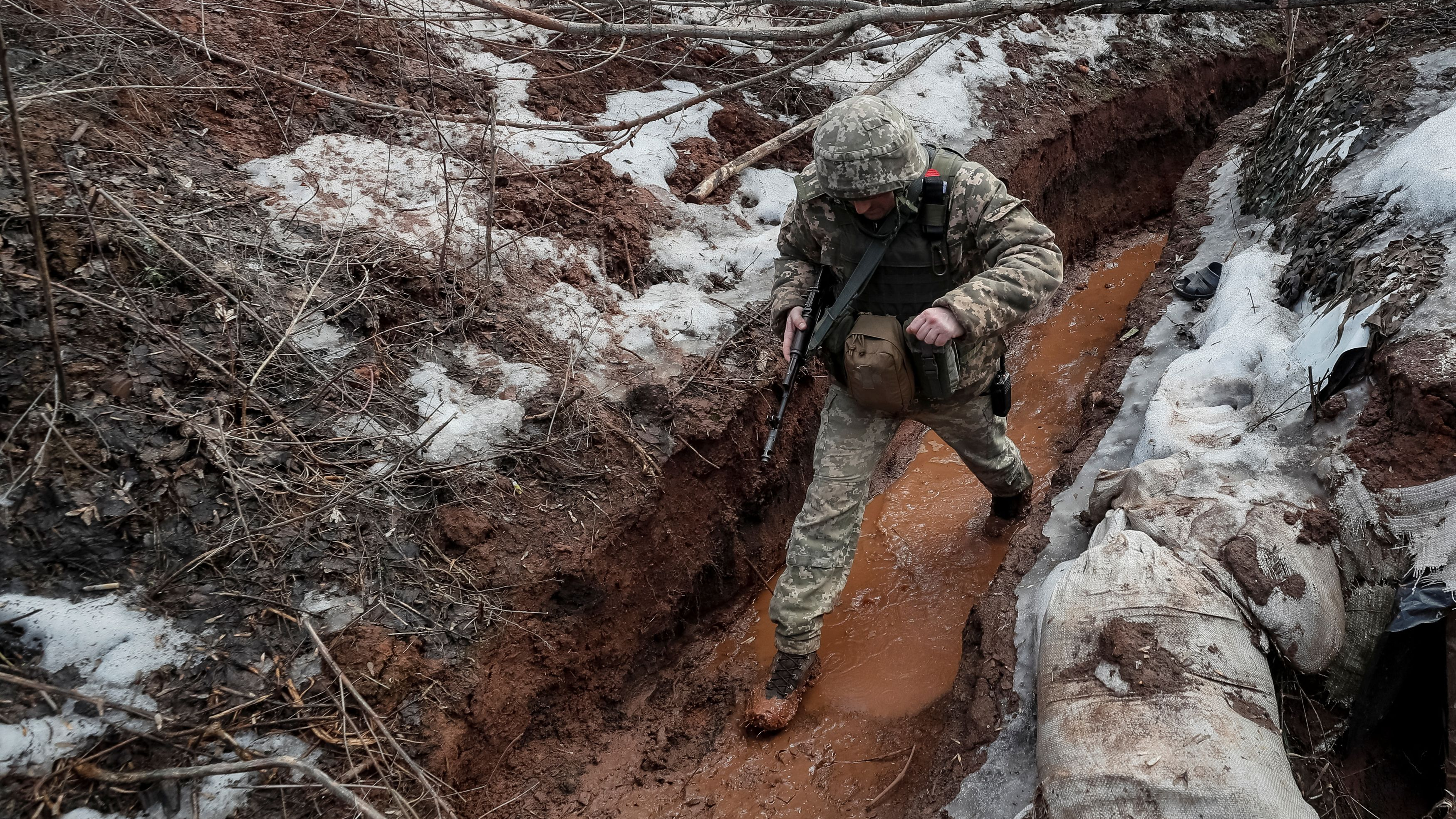 A Ukrainian serviceman walks near the front line near the city of Novoluhanske in the Donetsk region, eastern Ukraine, February 20, 2022. /Reuters

A Ukrainian serviceman walks near the front line near the city of Novoluhanske in the Donetsk region, eastern Ukraine, February 20, 2022. /Reuters

Given what we know from the U.S. track record and history of behavior and relationship, there is no optimistic outlook toward this issue. The U.S. may support dialogue between Kyiv and Moscow, but it also remains skeptical that it could result in progress on a diplomatic solution. Dialogue may well end without major progress, but whatever the outcome, it must be seen as an early step in a complicated negotiation. The diplomatic process must continue nonetheless.

In short order, U.S. and European officials reportedly see negotiations not as a step toward peace but as a prelude to bashing Russia. For instance, while Russian President Vladimir Putin said there had been positive advances in recent negotiations with Ukraine, Western officials and diplomats expressed deep skepticism about the first high-level contact in Antalya, Turkey, acting as if they themselves don't suffer from trust deficit and the chronic symptoms of intervention, manipulation, aggression and double standards.

So, the global disorder continues. NATO avoids a full-scale war, and the War Party in Washington sets up the circumstances for the crisis to continue. Meanwhile, the Ukrainian, American and European people pay the price. In some respect, to be on the same page, Washington needs to be in the same book with Moscow to harvest the fruits of diplomacy over Ukraine.

It's tragically comical, but the foreign-policy establishment in Washington is hardwired in favor of a forever war and tension. Foreign-policy thinking in Washington is dominated either by neoconservatives who openly proclaim the need to export "democracy" or by "liberal interventionists" who are just as enthusiastic about using military power and meddling to solve problems on "humanitarian grounds."

Whatever Washington may say or do regarding the problem in Ukraine, its newfound opportunity to bash Russia won't achieve decisive results. One way or another, this unnecessary conflict will end. There is no permanent hostility, and the U.S. is better off avoiding entanglement to facilitate efforts toward peace and coexistence.

Beyond Russia bashing, there simply exists no strategic justification for what the U.S. and NATO are doing in Eastern Europe. The Transatlantic military alliance has only compromised its own interests and strategic standing in Eurasia. It must recognize that Ukraine needs peace and that an open-ended encroachment on Russia is a losing strategy, a fool's errand that flatly won't work.