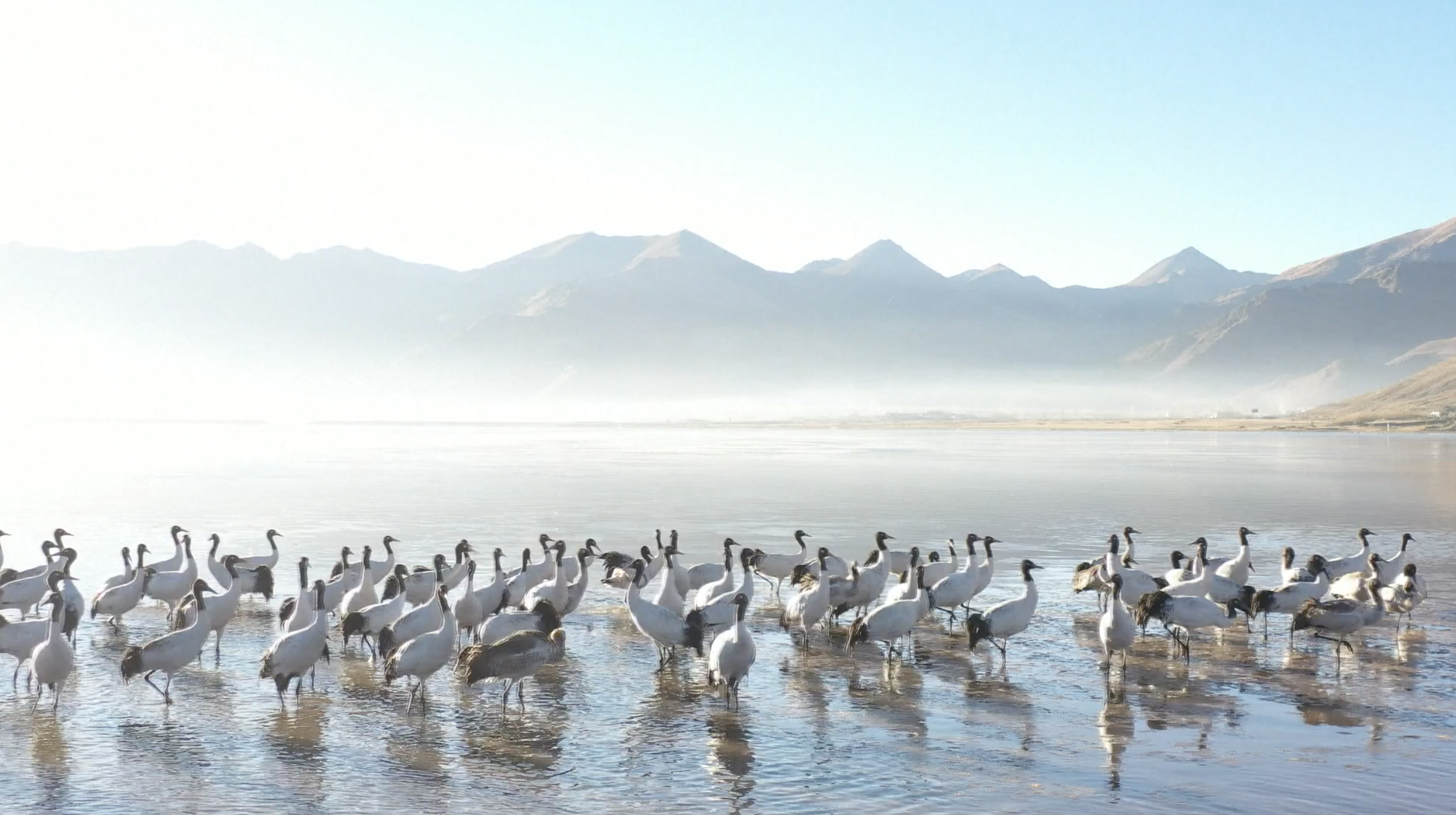 The population of black-necked cranes in China has exceeded 17,000 thanks to the improving environment.

As a rare species endemic to China, over 95 percent of the black-necked cranes are distributed in the Qinghai-Tibet and Yunnan-Guizhou Plateaus of China.

The overwintering season of the black-necked cranes is almost over and they are beginning to migrate to their breeding grounds.

Winter is the best time for scientific research institutions to undertake population census and other surveys as they migrate from sporadic breeding sites to relatively concentrated wintering sites.

"They are overwintering in a group, but in the summer, they are scattered, and 'each household' occupies a 'territory,'" said Guo Yumin, a professor at the School of Ecology and Nature Conservation, Beijing Forestry University.

"According to the (survey results) on the Yunnan-Guizhou Plateau this winter, the population is close to 6,000. And in Tibet, except in the Nyingchi area, there are about 11,000. There are 44 overwintering individuals in Xinjiang. So, the total population adds up to more than 17,000," said Guo.

"In 2000, the global black-necked crane population was 6,000. Over the past 22 years, the growth figure is very gratifying," Guo added.