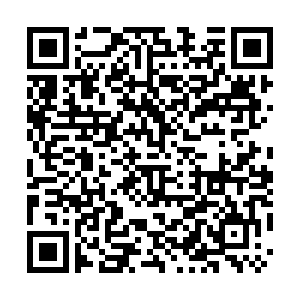 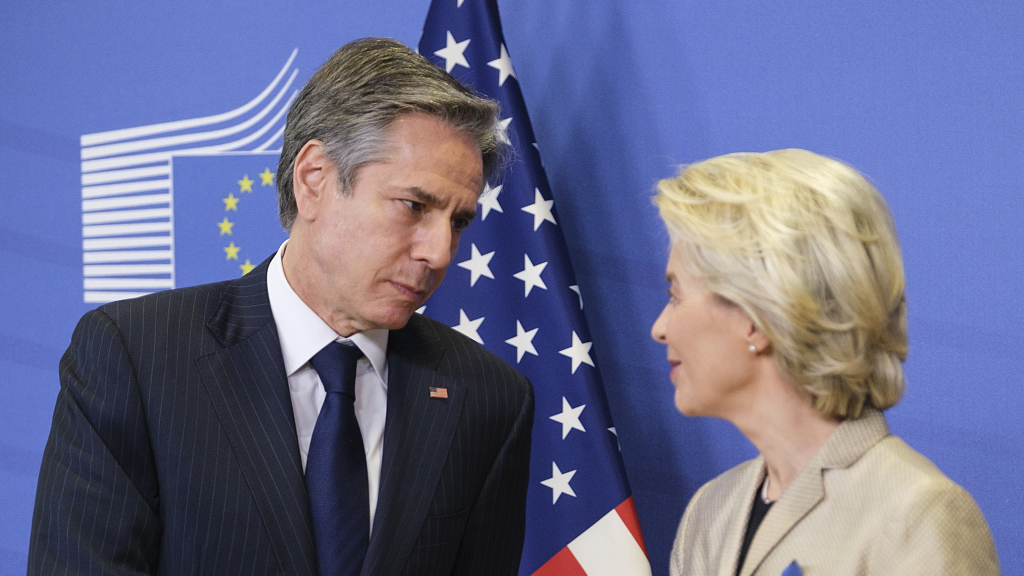 Editor's note: Thomas W. Pauken II is the author of the book "U.S. vs. China: From Trade Wars to Reciprocal Deal," and a consultant on Asia-Pacific affairs and geopolitical commentator. The article reflects the author's opinions and not necessarily those of CGTN.

U.S. President Joe Biden had harbored bold plans to implement a "China containment" strategy that he believed would succeed on a grand scale. He had sought to recruit nation-states from all over the world to stand united in efforts to weaken China's economic and diplomatic influence on the world stage.

Nonetheless, the Biden administration discovered that their schemes could not succeed, since China has already enjoyed robust and vibrant economic ties with many countries and they felt reluctant to break away from that.

Hence, Biden and U.S. Secretary of State Antony Blinken had to change course by revamping previous foreign policy directives, such as the "Pivot to Asia," "Quadrilateral Security Dialogue" (the U.S., Australia, India and Japan), and the White House issued a revised report on the U.S. Indo-Pacific Strategy on January 11.

Consequently, the world was forever changed the moment Russian troops entered into the recognized territories of Ukraine. Washington had to rethink its stance on which nation is their "greatest threat," and for the time being it appears to be Russia and no longer China. Accordingly, the U.S. had to refocus their eyes on the European continent and to place their beloved "Pivot to Asia" on a brief hiatus.

Additionally, the U.S., EU and UK are pushing ahead on very tough economic sanctions against Russia but not everyone is on board with them. The U.S. Indo-Pacific strategy could be scrapped, since India, a key partner for the U.S., has refused to join in on sanctioning Russia and has also called for the United Nations Security Council to support a closer investigation on allegations that the U.S. had biological weapons laboratories in Ukraine.

Delhi and Moscow still have close bilateral ties while the Indian Defense Ministry purchases or manufactures over 60 percent of its weapons that are linked to Russian weapons contractors that have just been sanctioned by the United States. Hence, Delhi won't follow up on sanctions, since they risk getting "de-militarized" by default. Indian students, returning from Ukraine amid the ongoing crisis, are received by emotional parents and other relatives at Indira Gandhi International Airport in New Delhi, India, March 7, 2022. /VCG

Indian students, returning from Ukraine amid the ongoing crisis, are received by emotional parents and other relatives at Indira Gandhi International Airport in New Delhi, India, March 7, 2022. /VCG

Washington, by baiting Russia into the Ukraine conflict, has ruptured its bilateral relations with Delhi. Indian Prime Minister Narendra Modi stood keen to support the U.S. on the Indo-Pacific strategy but they will not abandon their long-held ties with the Kremlin, especially on account of India continuing to buy up more deliveries of Russian oil and gas imports and energy requires energy imports to keep their transmission grids operational.

The Indian government takes seriously its formal neutrality pact and does not seek or wish to meddle into the foreign affairs of other nations. By adhering to the neutrality stance, Delhi intends to embark on "the path of diplomacy and dialogue" to resolve the Russia-Ukraine crises and that is in the world's best interests.

Meanwhile, India's United Nations Permanent Representative T.S. Tirumurti has expressed concerns over the biological weapons laboratories that Russians troops have uncovered in Ukraine. Along with Brazil, China and Russia they support a deeper investigation on the matter under the "Biological and Toxic Weapons Convention (BTWC)."

"In this context, we would like to underline the importance attached by India the BTWC as a key global and non-discriminatory disarmament Convention, prohibiting an entire category of weapons of mass destruction," Tirumurti is quoted by NDTV as saying.

India's courage to push back on Brussels, London and Washington will create a widening rift between Delhi and the Western powers. The U.S. cannot make the Indo-Pacific strategy successful without the firm partnership with India.

Modi will not drop his endearing friendship with Russian President Vladimir Putin in order to score short-term political points with Washington and India recognizes that unless other nations will deploy troops to Ukraine, Kyiv will not defeat Moscow under a prolonged military conflict scenario.

Putin's "special military operations" in Ukraine had also exposed a serious flaw to the U.S. Indo-Pacific strategy. The Washington seen as a staunch military defender of its friends and allies is no more. Perhaps, Ukrainian President Volodymyr Zelenskyy had anticipated the U.S., EU, UK and NATO (North Atlantic Treaty Organization) would come to Kyiv's rescue if Russian troops enter its territories, but the Ukrainians were mistaken with their optimistic assumptions.

Biden announced in his State of the Union Address on March 2, he would not deploy U.S. troops to Ukraine. All other European nations followed up on Biden's lead by doing the same. The U.S. failed to show strength and the Ukrainians cannot escape their doomed fates.

As such, the Indo-Pacific strategy has lost its relevance. India has already shown skepticism by opposing the sanctions on Russia. Delhi does not see Washington as their savior and rescuer should they choose to raise diplomatic tensions against Beijing.

Therefore, the U.S. Indo-Pacific strategy has ceased to exist as a key tactic for Washington's "China containment" pact. The U.S. State Department will need to return to the drawing board to rewrite a new "stop China" plan. They are not likely to succeed with that new venture in the future as well.