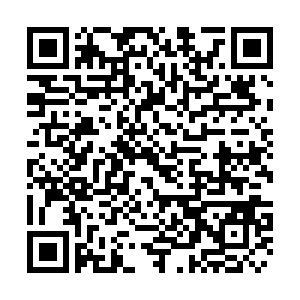 People queue up for COVID-19 tests in Shanghai, China. /CGTN

People queue up for COVID-19 tests in Shanghai, China. /CGTN

East China's Shanghai has introduced tough measures to tackle a recent surge in COVID-19 that has roiled the image of a highly regarded city during the pandemic.

A global financial hub, Shanghai has long been praised for containing COVID-19 with less life-disrupting yet highly effective measures, but the latest outbreak, the biggest in two years, has left people wondering about what exactly turned the exemplar city into one of those hardest-hit cities.

On Sunday, the city reported 41 new symptomatic and 128 asymptomatic infections, taking the total number of positive cases to 669 since this latest outbreak, which began in early March.

The city's fight against the virus comes in the face of a nationwide resurgence in COVID-19, with several provinces having recorded over 500 cases in recent weeks. These outbreaks are tiny compared to other parts of the world, but China's dynamic zero-COVID policy requires local governments to take firm actions to tackle the virus.

Municipal authorities advise that residents don't leave the city unless absolutely necessary. Those leaving or arriving in Shanghai must provide a negative COVID-19 test report within 48 hours of entry or exit.

All schools have been temporarily shut since Saturday, and classes must be held online until further notice.

The outbreak has been attributed to a quarantine site. According to the city's information office, the virus started spreading from Huating Hotel and Towers, where travelers from abroad had been under quarantine.

About 24 million people live in Shanghai. The increase in testing has put a huge burden on medical workers, taking longer to get the test report.

Shanghai is working to ensure a stable supply of daily necessities. E-commerce platforms have prepared twice as many food supplies as normal. And supermarkets and grocery stores are preparing more food and stocking up from other cities.

Lastly, Doctor Zhang Wenhong, head of the Center for Infectious Diseases at Fudan University's Huashan Hospital in Shanghai, said in a blog post that the current spread of the virus is not so much because of a long winter but rather because of a cold spring.