Download
Which companies have pulled out of Russia?
By Joshua Warner 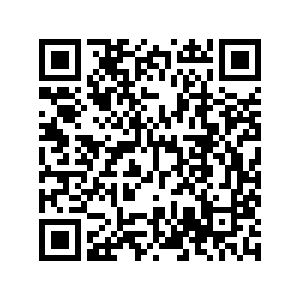 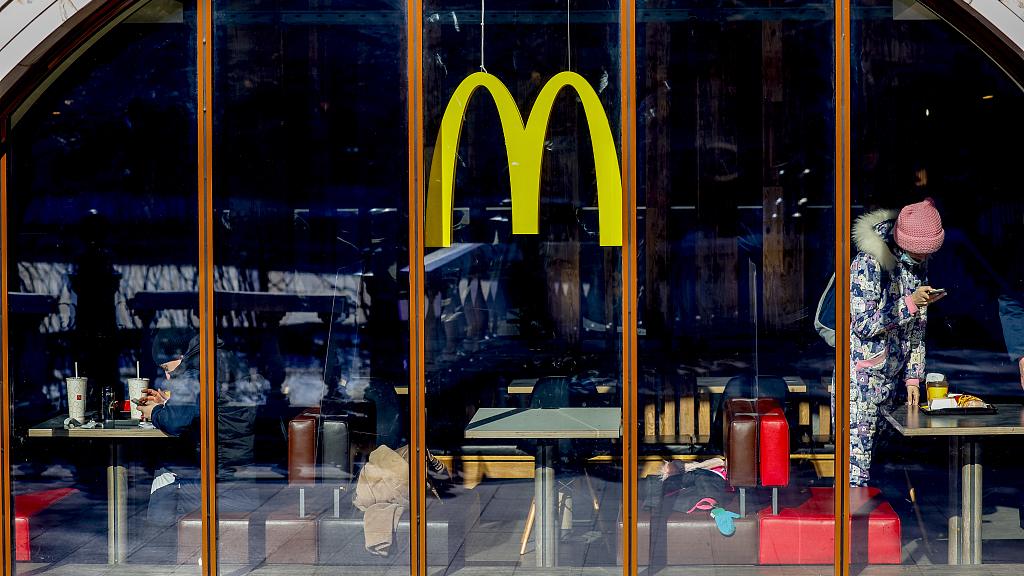 People are seen at a McDonald's restaurant in Moscow, Russia on March 09, 2022./CFP

People are seen at a McDonald's restaurant in Moscow, Russia on March 09, 2022./CFP

Editor's note: Joshua Warner is a market analyst with GAIN Capital. The article reflects the author's opinions and not necessarily the views of CGTN.

The harsh economic sanctions imposed by the West on Russia have prompted hundreds of Western companies to pull out of the country.

Most of the major corporations that have announced their withdrawal from Russia have said this is on a temporary basis, leaving the door open to restarting their operations if the situation calms down, but some have pledged to sever ties altogether and sell any investments or interests they have in the country.

Let's have a look at which companies have started to pull out of Russia and the impact this could have on their businesses.

Russian oil has become the latest target of western governments aiming to apply pressure on the country through sanctions after the U.S., UK, and Europe outlined plans to reduce their reliance on Russia.

In the UK, BP has announced it is cutting ties with Russia, where it is the country's biggest foreign investor, after 30 years by selling its 19.75 percent stake in Russian oil giant Rosneft, even though it may have to offload it at a significant discount and will book billions in write-downs as a result. There are also questions about whether it can find a buyer in the current environment.

Meanwhile, Shell took a little longer to commit to its exit from Russia after apologizing for buying Russian oil and claiming it was necessary to keep supplies flowing to Europe, only to then make a remorseful U-turn by committing to phase out all involvement in Russian oil and gas "as fast as possible," including its exit from its stake in the Sakhalin 2 LNG plant it runs with Russian firm Gazprom and its involvement in the Nord Stream 2 pipeline that was due to bolster supplies of Russian gas into Europe before being suspended by Germany after the conflict began.

Meanwhile, Exxon Mobil has said it will discontinue operations at the Sakhalin-1 project and plans to exit the venture and said it will not invest any new sums in Russia. European players have also moved to reduce exposure, with Italian outfit Eni, which has a limited presence in Russia, withdrawing from the Blue Stream gas pipeline that was set to link Russia and Turkey, although again, there are questions over who will buy its stake. Norway's state-owned outfit Equinor has also said it is stopping all investments in Russia and pulling out of all its joint ventures in the country.

Russia's being cut off from the global SWIFT payment system promoted many major financial firms to suspend operations in the country to avoid falling foul of the new sanctions.

Mastercard said its network will no longer support any cards issued by Russian banks and that cards issued outside of Russia will not work at cash machines or in stores. Visa has taken similar steps to cease all transactions in the country.

American Express has followed them and also stopped doing business in Russia, as well as Belarus, and PayPal wasn't far behind when it said all services in Russia would be shut down.

Russian companies also face a struggle to get their finances audited considering Deloitte, Ernst & Young, KPMG and PricewaterhouseCoopers（PwC) – often referred to as the world's Big Four accounting firms – have all moved to separate their operations in Russia (and Belarus in some cases).

Semiconductor firms that are responsible for supplying the chips that power everything from cars to smartphones have started to halt sales to Russia, with reports suggesting the world's largest chip foundry firm Taiwan Semiconductor Manufacturing Co (TSMC), as well as Advanced Micro Devices, NVIDIA, Intel and Samsung have stopped sending chips and other tech to the country. Although Russia does have its own homegrown chip industry, most of them rely on TSMC to actually manufacture their designs and the country is likely to struggle to find alternative supplies.

Meanwhile, other tech outfits, including but not limited to IBM, Dell, Oracle and Cisco, have suspended sales and stopped taking on new customers in Russia.

Apple has closed its retail stores and stopped selling its iPhone and other products while other services like Apple Pay have been limited. Some reports have suggested Apple could be losing up to $3 million a day in iPhone sales as a result, which would equate to over $1.1 billion on an annual basis.

Google-owner Alphabet has so far kept its search engine and other key services such as Maps and YouTube available in Russia but has disabled some features and removed apps linked to Russian-state media outlets from its Play Store.

Microsoft has also suspended sales of its products and services and has halted certain aspects of its operations to adhere to sanctions.

Amazon has also stopped taking on new customers for Amazon Web Services, which is the largest cloud-computing company in the world but continues to provide its service to existing clients. Notably, Amazon's core e-commerce marketplace does not operate in Russia. Microsoft's Azure cloud division has approached the situation in the same way.

Netflix said it was pulling out of Russia, and it was pressing pause on all future projects in the country while halting existing ones, including the filming of its latest Russian-language series.

Disney was the first major US studio to take action by pulling its releases from Russia's film slate, although it has said that Russia and Ukraine only account for about 2 percent of its operating income.

WarnerMedia, owned by AT&T, followed and said the new Batman film would no longer be released in Russia, while ViacomCBS's Paramount has also temporarily suspended the release of new films.

Gaming firms Electronic Arts, Ubisoft and Activision Blizzard, have all stopped selling games and digital products in both Russia and Belarus. Japanese firm Nintendo has also locked Russians out from its online store after the firm decided to stop accepting payments in ruble following the steep fall in its value since the conflict started. Microsoft, which runs Xbox, has also suspended sales of its gaming products while PlayStation-owner Sony is thought to have halted the release of its new Gran Turismo title.

However, this has also prompted a response from Russia, which has now started to limit or even block social media sites, including blocking access to Meta's Instagram.

Major Western food and drink brands have also decided to halt sales and close their stores across Russia temporarily.

McDonald's has closed all 850 of its stores but has said it is continuing to pay its 62,000 employees in the country. Notably, whereas Mcdonald's typically franchises its restaurants out in most countries, it owns most of its Russian stores, which are thought to have accounted for around 9 percent of global sales last year.

Coffee giant Starbucks has also suspended all business activities and stopped sending supplies while simultaneously committing to support its 2,000 franchisees. Coca-Cola and PepsiCo, and some beer brewers, including Carlsberg and Heineken, have also halted sales and advertising in Russia. Notably, some Western supermarkets have also started to remove Russian-made brands from their shelves.

Nike, Puma and Adidas are among sporting goods retailers to have closed their stores and suspended online sales in Russia, with the latter warning it will take a 250 million euro hit as a result. Other clothing retailers have taken similar action, including jeans maker Levi Strauss and Swedish fashion brand H&M.

Swedish flat-pack furniture specialist IKEA has also seen a flood of demand as Russians try to buy what they can after it warned it was also temporarily closing stores and stopping the import and export of goods and materials in and out of Russia and Belarus.

Airlines have been forced to overhaul the way they work in order to get around the ban on civilian aircraft in Russia and Ukraine.

Russia's domestic players have also been pushed to the brink of collapse after several countries banned the country's aircraft from their airspace while getting their hands on everything from insurance to key aviation services has been hampered as key companies like Airbus and Boeing withdraw from the country because of a new ban on shipping aircraft and components into Russia.

Other key service providers like Rolls Royce, Safran and GE Aviation have also stopped servicing the Russian market. Meanwhile, companies that lease planes to Russian firms are now racing to get the $10 billion worth of aircraft back and are likely to face huge difficulties.

Some of the world's largest logistics companies, including FedEx and UPS, have halted their delivery services in Russia and in Ukraine. Major shipping companies that are also having to adapt to new geographical restrictions like Western airlines have also taken action, with Maersk, the Mediterranean Shipping Co (MSC) and French company CMA CGM all having stopped taking bookings for goods from Russia and suspended the majority of deliveries into the country – although they continue to ship essential goods like food and medical goods.

Volkswagen has shuttered two of its factories in the country until further notice; Toyota has halted operations at its one plant in Russia, while Daimler Truck has stopped working on its joint venture with Russian firm Kamaz and said it will stop supplying the firm with components. Mercedes-Benz has also said it will divest its stake in Kamaz. Ford has told its partner in the region named Sollers that operations have been suspended.

Toyota and Nissan have also closed down production at their plants in the country.

Even those without physical operations in Russia have stopped exporting cars to customers in the country, including British brands Aston Martin and Jaguar Land Rover, European player BMW, the U.S. outfits General Motors and Harley Davidson, Japanese firm Honda and Swedish outfit Volvo.

Meanwhile, reports have suggested Renault is set to have a tougher time as Russia is its second-largest market considering it has a controlling stake in AvtoVaz. It has not indicated it is looking to offload its interest in the Russian firm. Russia contributed around 5 billion euros to Renault's overall revenue last year, and hundreds of millions of euros in profits are now thought to be at risk.