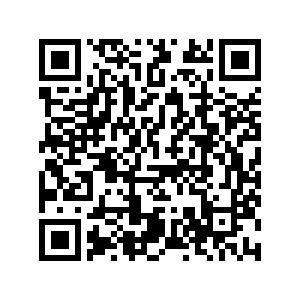 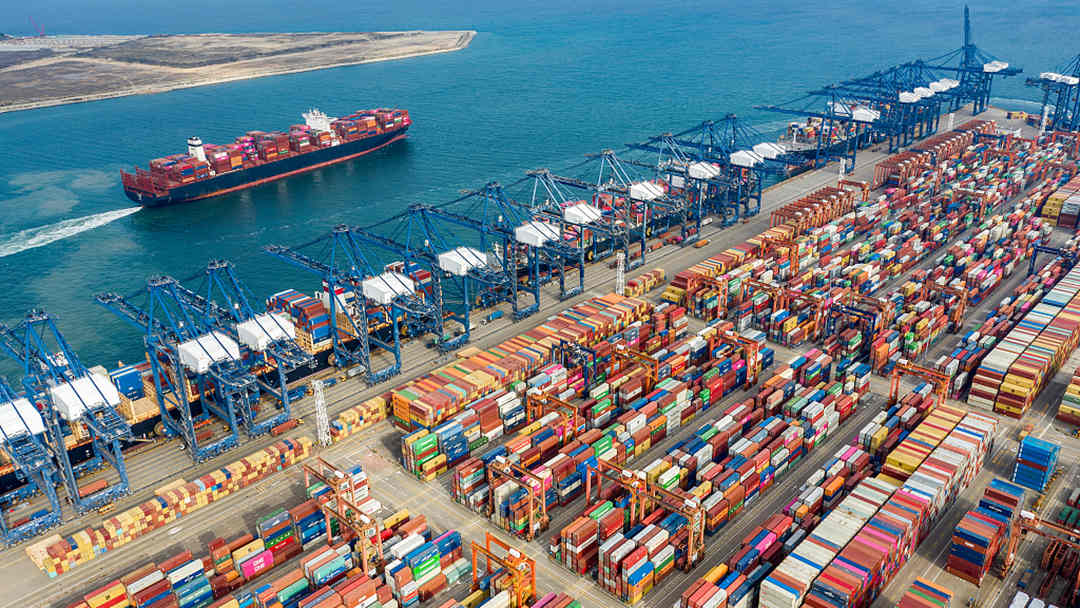 China's economic recovery was "better than expected" in the January-February period this year, as retail sales, industrial output and investment all unexpectedly picked up pace, official data showed on Tuesday.

The country's industrial output went up by 7.5 percent in the period as compared with the figure from a year ago, according to data from the National Bureau of Statistics (NBS). The figure is also up from a gain of 4.3 percent in December last year, beating Reuters' forecast of a 3.9-percent surge. 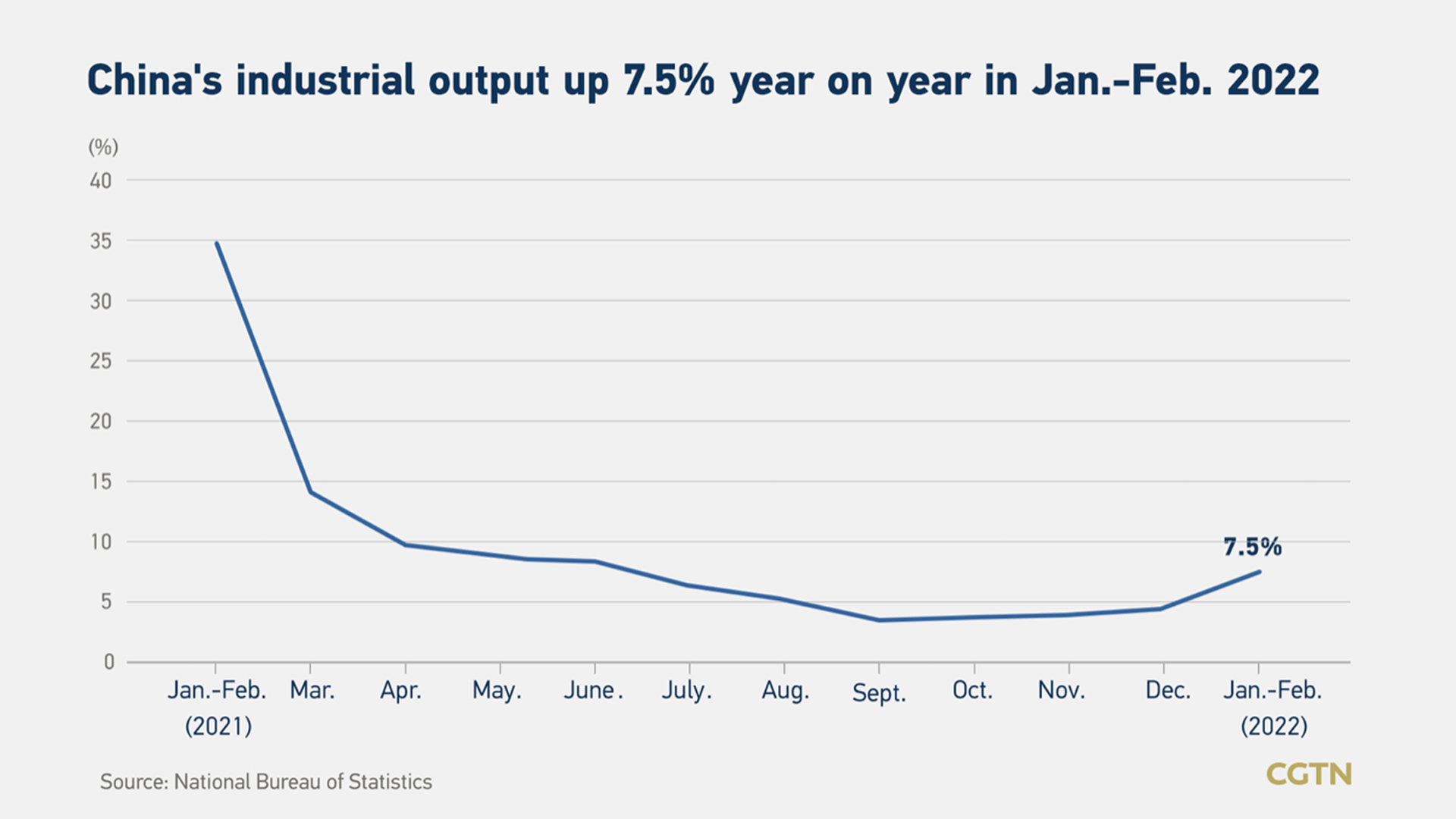 However, Fu cautioned about costs pressures facing producers as prices of global commodities are highly volatile due to geopolitical conflicts.

The price increase in upstream industries will have adverse effects on the operation of downstream industries and small and micro enterprises, he said, adding that the resurgence of COVID-19 cases in some places will also affect industrial growth.

Fu said measures will be carried out to increase supply and stabilize prices to help enterprises control production costs. 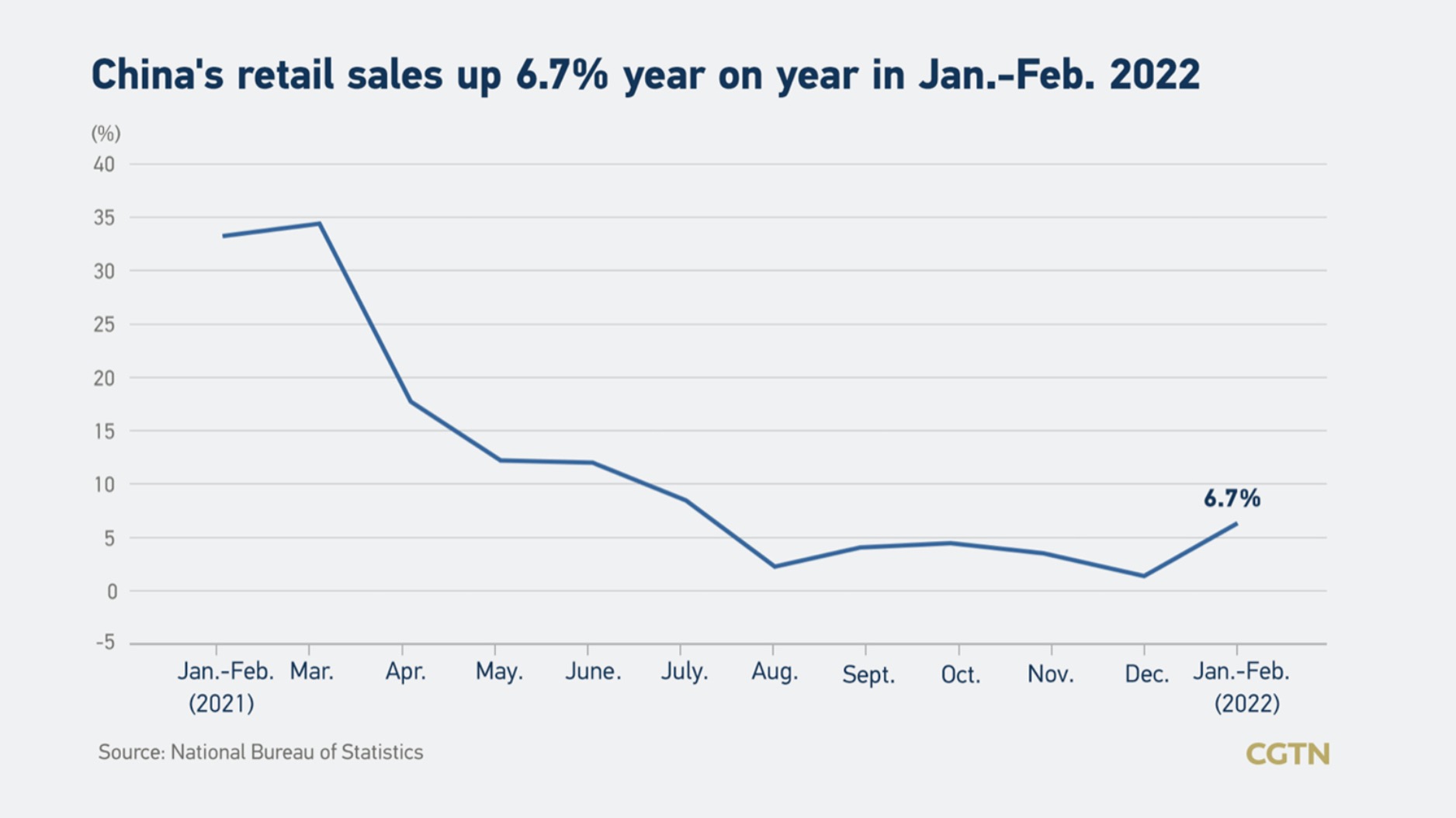 Retail sales grew by 6.7 percent year on year in the first two months of this year, up from an increase of 1.7 percent in December 2021 as well as the prediction of a 3-percent rise by Reuters.

The sales improved significantly due to the consumption growth during the Spring Festival and the Beijing 2022 Games, Fu said.

Fixed-asset investment rose by 12.2 percent on an annual basis in the January-February period, the highest since July 2021, crossing the 5-percent increase expected by Reuters.

The surveyed jobless rate stood at 5.5 percent in February, rising from 5.3 percent in January. In the first two months of year, China created 1.63 million new urban jobs, according to the NBS.

With rich experience and set of measures from the anti-pandemic fight, Fu expressed his confidence that the impact on the economic recovery will be put under control.

"Overall, the momentum of January-February recovery remained relatively well, though we must acknowledge that external environment is still complicated and severe, and the Chinese economy faces many risks and challenges," said Fu.

China has set an economic growth target of around 5.5 percent this year, Premier Li Keqiang confirmed last week. The economy grew by 8.1 percent in 2021.

(Dai Kaiyi contributed to this story.)