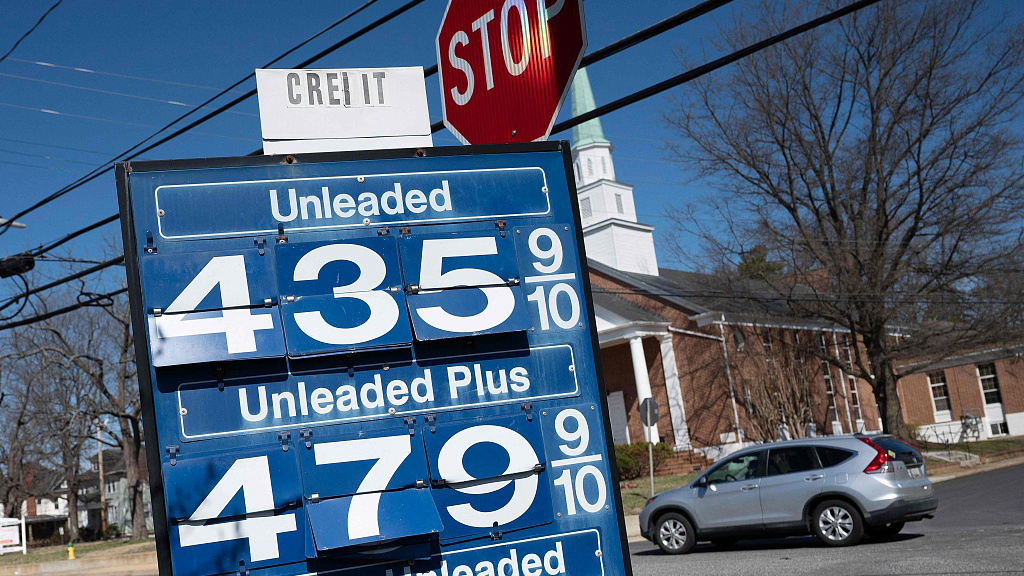 The Russia-Ukraine conflict could push up the already high-flying U.S. inflation to above 10 percent, economist Mohamed El-Erian recently forecast, saying the U.S. will see another year of uncomfortable inflation.

Due to the COVID-19-induced disruptions in economic activities, the annualized U.S. inflation hit 7.9 percent in February, the highest since January of 1982. Since the outbreak of the Russia-Ukraine conflict, commodity prices, supply chains, and shipments have been further disrupted.

The inflation won't fall back from current levels anytime soon, El-Erian told CBS's "Face The Nation" on Sunday, expecting a 25 basis point hike at the Fed's policy meeting on Thursday.

"We, unfortunately, are going to have at least 12 months of uncomfortable inflation, something that we haven't had since the 70s and 80s, and that's going to be especially problematic for the more vulnerable segments of our society," the economist said.

According to the latest ABC News/Ipsos poll, Americans are very critical of President Joe Biden's handling of the economy, particularly inflation.

The survey found 70 percent of Americans disapprove of Biden's handling of the surges in gas prices, which is usually the most visible and painful example of rising living costs for Americans.

It also found that Biden has an all-time disapproval high in the polls of 58 percent about his handling of the post-pandemic economic recovery.

According to a Moody's Analytics analysis based on the 7.9-percent rise in consumer prices in February, inflation is costing the average U.S. household an additional $296 per month.

Economist Ryan Sweet, who conducted the Moody analysis, said "it's going to get worse before it gets better," CNBC reported on Monday.

A recent analysis by the Penn Wharton Budget Model found low- and middle-income U.S. households spent approximately 7 percent more in 2021 for the same products they bought in the previous two years, while spending by wealthy households went up 6 percent.

Another new survey from Bankrate revealed last week found 74 percent of U.S. adults who had experienced higher prices in the past year report that recent price hikes have hit their wallets hard.

To pay the rental of a "modest" bedroom priced at $1,615 per month, a person making $14 per hour has to work 89 hours a week, according to a 2021 study by the National Low-Income Housing Coalition.

U.S. workers have faced stagnant wages for the past 40 years, but the rents have shot up from 14 percent to 40 percent over the past two years, Sociologist Celine-Marie Pascale wrote in her commentary published by The Conversation on Monday.

"I had expected that low-wage workers would struggle with the cost of housing. I did not expect to meet people who worked two jobs and lived with roommates and still struggled to pay their bills," Pascale said, adding that the average hourly earnings for U.S. workers was only $11.22 in 2022.

The U.S. also faces affordable housing crisis nationwide. Despite officials have tried to address the problem, proposing to raise the minimum wage, enhance rent control, invest more in affordable housing and cooperate with developers, "none of these efforts has been successful to any significant extent," Pascale said.