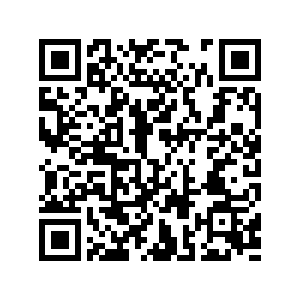 Chinese President Xi Jinping on Wednesday exchanged views on the situation in Ukraine with his Indonesian counterpart Joko Widodo during a telephone conversation. The two leaders agreed that all parties should persist in facilitating dialogue for peace.

They stressed the necessity of preventing a large-scale humanitarian crisis, controlling the negative impact of sanctions on the world economy and avoiding dragging down global economic recovery.

On bilateral relations, Xi said the China-Indonesia relationship has set an example of sincere cooperation between developing countries.

Noting that both countries are developing countries and new emerging economies, Xi said in face of the changes and the pandemic, both unseen in a century, China and Indonesia have forged ahead hand in hand and coped with the difficulties head on.

The two sides have established a new pattern of bilateral cooperation on the "four-wheel drive" of political, economic, cultural and maritime affairs, the Chinese president stressed.

He added the two countries have carried forward the main theme of unity against the pandemic and common development and have set the direction of building a China-Indonesia community with a shared future.

China is willing to maintain close communication with Indonesia and promote new development of bilateral friendship and cooperation so as to inject more stability and positive energy into the regional and global development, Xi said.

The Chinese president called on the two sides to implement the consensus reached on deepening anti-pandemic cooperation, to ensure the smooth operation of those key cooperative projects and to jointly promote high-quality development of the Belt and Road Initiative.

China will take a positive attitude toward any project that is conducive to Indonesia's development and cooperation between the two countries, Xi stressed.

He also urged the two sides to maintain the stability of global markets and smooth supply chains, promote the implementation of the Global Development Initiative (GDI), firmly safeguard the ASEAN-centered, open and inclusive regional architecture, and stick to solidarity, mutual benefit and win-win cooperation.

China supports Indonesia to play its role as the Group of 20 (G20) president and effectively organize the Bali Summit while focusing on the theme of "Recover Together, Recover Stronger," Xi added.

For his part, Widodo extended congratulations on the successful completion of China's "Two Sessions" and the success of the Beijing 2022 Winter Olympics and Paralympics.

The Indonesian president stressed trade and investment cooperation between Indonesia and China are growing rapidly at present, hoping the Chinese side will continue to support Indonesia's development.

Noting the GDI proposed by President Xi can help implement the UN 2030 Agenda for Sustainable Development, Widodo said Indonesia is willing to communicate closely with China to promote the implementation of the initiative and contribute to the promotion of common development worldwide.

He also said Indonesia is willing to communicate and coordinate closely with China to promote the work of the G20 to focus on economic recovery and global development, and make joint efforts to address pressing global issues.