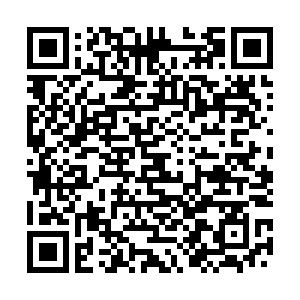 Chinese President Xi Jinping said on Friday that Beijing firmly supports the centrality of the Association of Southeast Asian Nations (ASEAN) in the regional cooperation architecture and supports ASEAN in playing a bigger role in regional and international affairs.

Xi made the remarks in a telephone conversation with Cambodian Prime Minister Samdech Techo Hun Sen, expressing support to Cambodia in playing its role as the rotating chair of ASEAN this year.

China stands ready to make joint efforts with Cambodia and other ASEAN countries to strive for new development in the China-ASEAN comprehensive strategic partnership, Xi added.

Hun Sen said Cambodia is willing to further boost the development of relationship between ASEAN and China.

China and ASEAN established dialogue relations in 1991. The two sides upgraded their ties to a comprehensive strategic partnership last November. 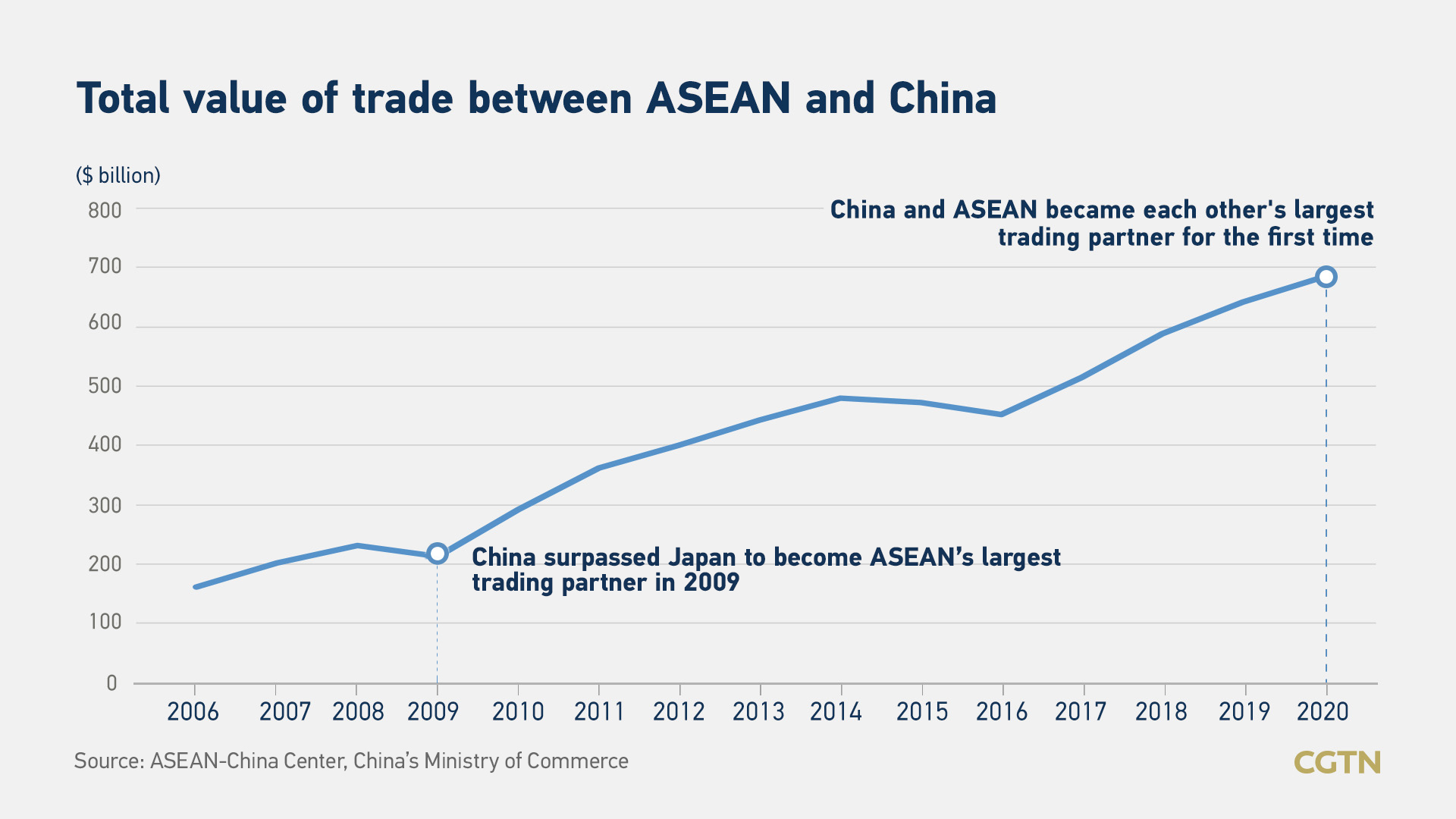 China and Cambodia should conduct high-quality cooperation under the Belt and Road Initiative (BRI), Xi said, calling for intensified efforts to advance the construction of major projects such as expressways, airports and special economic zones. He also called on the two sides to expand cooperation in finance and the digital economy.

The RCEP is a mega trade pact between 10 ASEAN member states and the bloc's five major trade partners, namely China, Japan, South Korea, Australia and New Zealand. The RCEP and the China-Cambodia FTA came into effect on January 1.

China will import more quality agricultural products from Cambodia, help with the country's efforts in agricultural development and poverty reduction, and continue to support it in fighting COVID-19, he said. 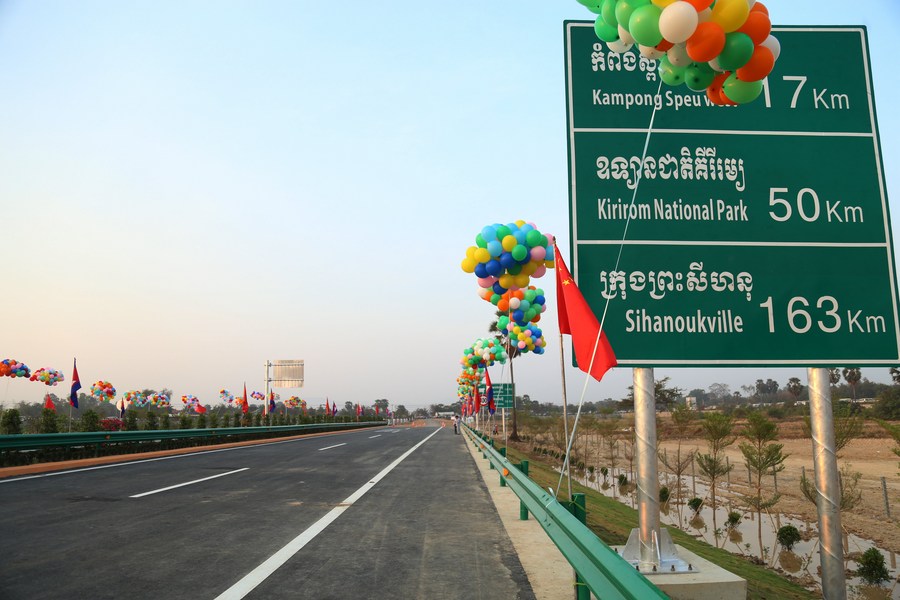 A demonstration section is seen during the groundbreaking ceremony for the construction of a 190-km expressway, a BRI cooperation project between China and Cambodia, stretching from Cambodian capital Phnom Penh to the deep-sea port province of Preah Sihanouk in Kampong Speu, Cambodia, March 22, 2019. /Xinhua

A demonstration section is seen during the groundbreaking ceremony for the construction of a 190-km expressway, a BRI cooperation project between China and Cambodia, stretching from Cambodian capital Phnom Penh to the deep-sea port province of Preah Sihanouk in Kampong Speu, Cambodia, March 22, 2019. /Xinhua

Hun Sen underscored the rapid increase in bilateral trade and the smooth progress in major BRI projects, which he called a demonstration of the "ironclad" brotherhood between the two countries.

Cambodia firmly adheres to the one-China principle and firmly supports China's stance on issues concerning the Taiwan region and Xinjiang, he stressed.

Noting that next year will mark the 65th anniversary of diplomatic ties between the two countries, he said Cambodia stands ready to deepen cooperation with China in areas such as economy and trade, agriculture and people-to-people exchanges, and promoting BRI cooperation.

He thanked China for providing supplies and vaccines to Cambodia for COVID-19 control and expressed hope to strengthen bilateral cooperation in fighting the pandemic.

The two leaders agreed that a balanced and fair position should be adopted on the Ukraine situation, and called for efforts to facilitate peace talks.