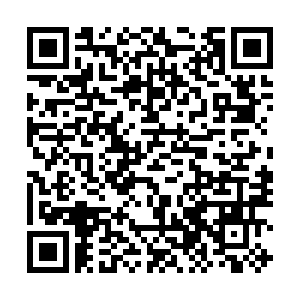 A hawkish central bank is usually seen as a positive for its currency, but the dollar surprisingly failed to edge higher after the Federal Open Market Committee (FOMC) March meeting turned to be more hawkish than many market participants had expected. Looking ahead, a more aggressive Fed could even pressure the dollar to further decrease.

The Fed has officially kicked off the tightening cycle in the FOMC March meeting by raising the benchmark policy rate by 25bps as widely expected earlier. But its members' forecast to hike for another six times in the rest of the year, surprised many market participants. If such a pace of the rate hikes is to be realized, the current tightening cycle would be the most aggressive one since 2004-2006, when the Fed hiked the rates 17 times in that period.

In the press conference, it is worth highlighting that Fed's chair Jerome Powell warned about high inflation readings through the middle of the year and the tight labor market has come to "an unhealthy level." He said wage increases will need to slow down in order to cool off inflation.

What he said in the press conference actually opened the door for the Fed to raise the rates by 50bps in May, as well as to start shrinking its $9 trillion balance sheet in that meeting. These kind of expectations should have favored the dollar because higher Fed policy rates usually boost the value of currency, but that didn't happen. The greenback surprisingly declined overnight after the press conference, with the dollar index falling over one percent since the FOMC statement was released.

Such a bizarre price reaction in the dollar reminds traders that one cannot blindly expect the dollar to appreciate because of the Fed tightening. The currency may face increasing downward pressure due to increasing fears on U.S. recession and policy divergence between the U.S. and the euro zone.

The U.S. economic outlook sets for deterioration amid aggressive Fed tightening pace, putting the dollar in a difficult position ahead. Even before the Russia-Ukraine conflict, the U.S. stock market has been already heavily selling off when persistent rising inflation weighed in. Now the geopolitical tensions only made the situation worse.

Powell has made it clear in the press conference that the Fed will do what it needs to, to bring down the inflation, while showing little concern on the ongoing Russia-Ukraine conflicts.

However, the current inflation in the U.S. is mainly driven by the supply shortage and rising commodity prices, and those problems are not able to be solved by the monetary policies. In other words, if the Fed is determined to ease the inflation, it may look to aggressively tightening the policies in order to weaken the demand substantially, a move aims to balance the supply-demand and bring a slower inflation growth rate.

But this would increase the possibility of a recession, which is also reflected in the bond market. Previous Fed tightening cycles were always followed by recessions, including the period of 1998-2000, 2004-2006, 2016-2018. The U.S. 2-year and 10-year government bond yield gap, now narrows to only 25bps, a flattening curve flashing the warning that traders may widely expect the economic outlook to become more pessimistic, resulting on a negative effect on the dollar.

In addition, policy divergence between the Fed and European Central Bank (ECB) may narrow the U.S. and Germany 10-year bond yield, putting more downward pressure on the dollar. On Thursday, ECB's Christine Lagarde said the central bank is mindful of the risk ahead (due to Russia-Ukraine conflict) and is ready to revisit a plan if need be, one week after she pledged to do "whatever it can" to curb the inflation in the latest ECB policy meeting.

A less hawkish policy stance from ECB's chief caused the single bloc's bond yield to increase, because the market interpreted that the ECB may allow a higher inflation figure without any soon and aggressive tightening. Any supply shortage in energy (due to Russia-Ukraine conflicts) would also have a larger price pressure impact on the euro zone than the U.S., given the former is more dependent on Russia's energy supply.

Thus, the euro zone inflation may accelerate at a faster pace than in the U.S. later this year, further narrowing its government bond yield gap to U.S., which would be a positive for the euro. As the euro accounts for more than 50 percent weighing in the dollar index, any substantial gain in a single currency could easily decrease the value of the dollar.