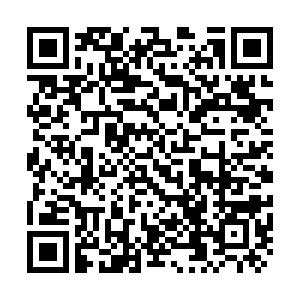 A Chinese envoy on Friday asked relevant parties to the biological security issue in Ukraine to respond to newly discovered documents and offer clarifications to remove the doubts of the international community.

China was once a victim of chemical and biological weapons and believes that any information and lead on biological military activities should trigger heightened concern and attention of the international community to avoid irreparable harm, said Zhang Jun, China's permanent representative to the United Nations.

"In this regard, relevant parties should take a responsible approach. Russia has further revealed newly discovered relevant documents. The party concerned should respond to questions, and offer timely and comprehensive clarifications to remove the doubts of the international community," he told a Security Council meeting on the biological security issue in Ukraine.

"We do not consider it too much to ask. And on this issue, no double standards should be applied."

China resolutely opposes the development, possession or use of biological and chemical weapons by any country under any circumstances, and urges countries that have not done so to destroy their chemical weapons stockpiles as soon as possible. Complying with the Biological Weapons Convention is the obligation of all state parties. China calls for early negotiations on the establishment of a verification regime under the convention, which will help improve global biosecurity, he said.

Under the current situation, it is the shared desire of the international community to achieve a cease-fire in Ukraine as soon as possible to avoid more civilian casualties and to prevent a massive humanitarian crisis. China shares this wish, said Zhang.

Direct negotiations between the parties concerned are the fundamental way to solve the problem, he said. Russia and Ukraine have held four rounds of negotiations. While the negotiations are kept going, there is hope for a cease-fire and a peaceful future. "China will continue to facilitate dialogue for peace. China supports the United Nations and all parties in ramping up mediation efforts, and hopes that all parties can do more to promote peace talks, rather than adding fuel to the fire," the ambassador said.

"Behind the Ukraine crisis is the issue of European security. It is our hope that the United States, the European Union and NATO can sit down with Russia for in-depth and comprehensive dialogues and explore ways to put in place a balanced, effective and sustainable European security mechanism based on the principle of indivisible security so as to achieve lasting peace and stability in Europe."