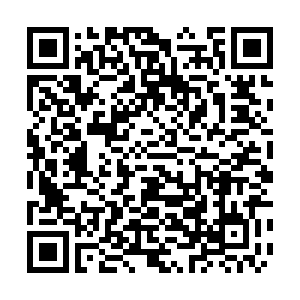 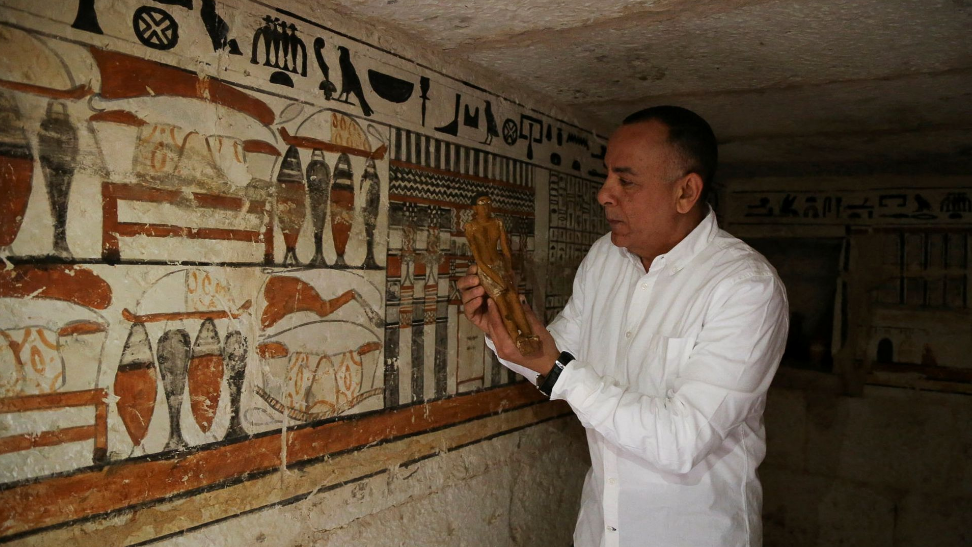 Secretary-General of the Supreme Council of Antiquities, Mostafa Waziri, displays a small statue at a discovered tomb at the Saqqara area, Egypt, March 19, 2022. /Reuters

Secretary-General of the Supreme Council of Antiquities, Mostafa Waziri, displays a small statue at a discovered tomb at the Saqqara area, Egypt, March 19, 2022. /Reuters

Egypt on Saturday unveiled five ancient Pharaonic tombs discovered at the Saqqara archaeological site south of Cairo, the latest in a series of landmark discoveries in the area.

Egyptian archaeologists discovered the five tombs northeast of the pyramid of King Merenre I, who ruled Egypt around 2270 BC.

According to Mostafa Waziri, the head of Egypt's Supreme Council of Antiquities, the five tombs, all in good condition, belonged to senior royal officials.

The Ministry of Tourism and Antiquities said one of the tombs belonged to a top official named Iry. A limestone sarcophagus and colorful decorations were found in the tomb.

The remaining tombs belonged to other members of the royal court, including a "steward of the royal house" and a priestess who was "responsible for the king's beautification."

The Egyptian authorities hope to inaugurate the new Grand Egyptian Museum near the Giza plateau later this year after its opening was repeatedly delayed.

It is hoped that the new museum, in addition to various archaeological discoveries in recent years, will help revive the country's vital tourism industry.

The sector has been battered by successive blows, including a 2011 unrest, the COVID-19 pandemic and now a halt of Russian and Ukrainian tourists, who account for a large portion of visitors to the country.