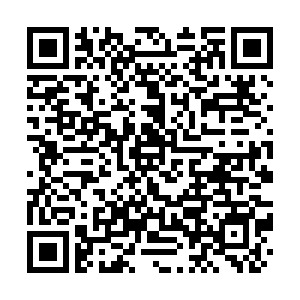 Before the plane crash in China's Guangxi on Monday, the Boeing 737-800 model was involved in 22 accidents, according to Aviation Safety Network (ASN).

Ten among those incidents were fatal, per the ASN database, with the first fatal crash on the record happening in September 2006 when an 18-day-old 737-800 collided mid-air in Brazil, killing 154 people.

The most recent case happened in August 2020 when an Air India Express flight slid off the runway in Kozhikode-Calicut Airport in India, killing 21 people.

At about 2:38 p.m. on Monday, a China Eastern Airlines passenger jetliner with 132 people on board crashed into a mountainous area in southern China's Guangxi Zhuang Autonomous Region. 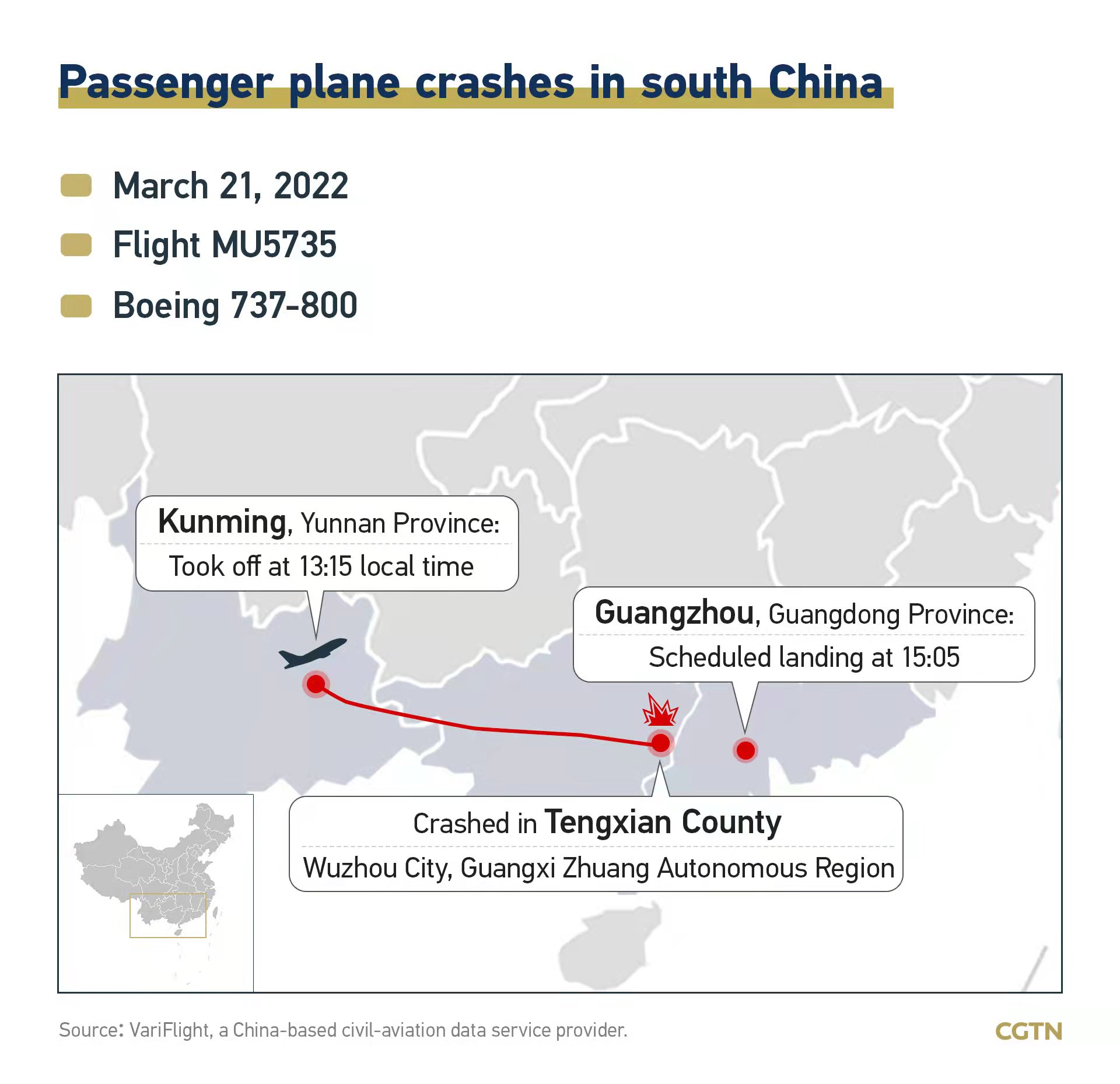 The plane was flying from the southwestern city of Kunming to south China's Guangzhou when it lost contact over the city of Wuzhou, the Civil Aviation Administration of China confirmed.

The number of casualties remains unknown as of 11:30 p.m. Beijing time. Company officials said the carrier has grounded all Boeing 737-800 aircraft after the crash.

Here is a list of all the accidents involving the model: 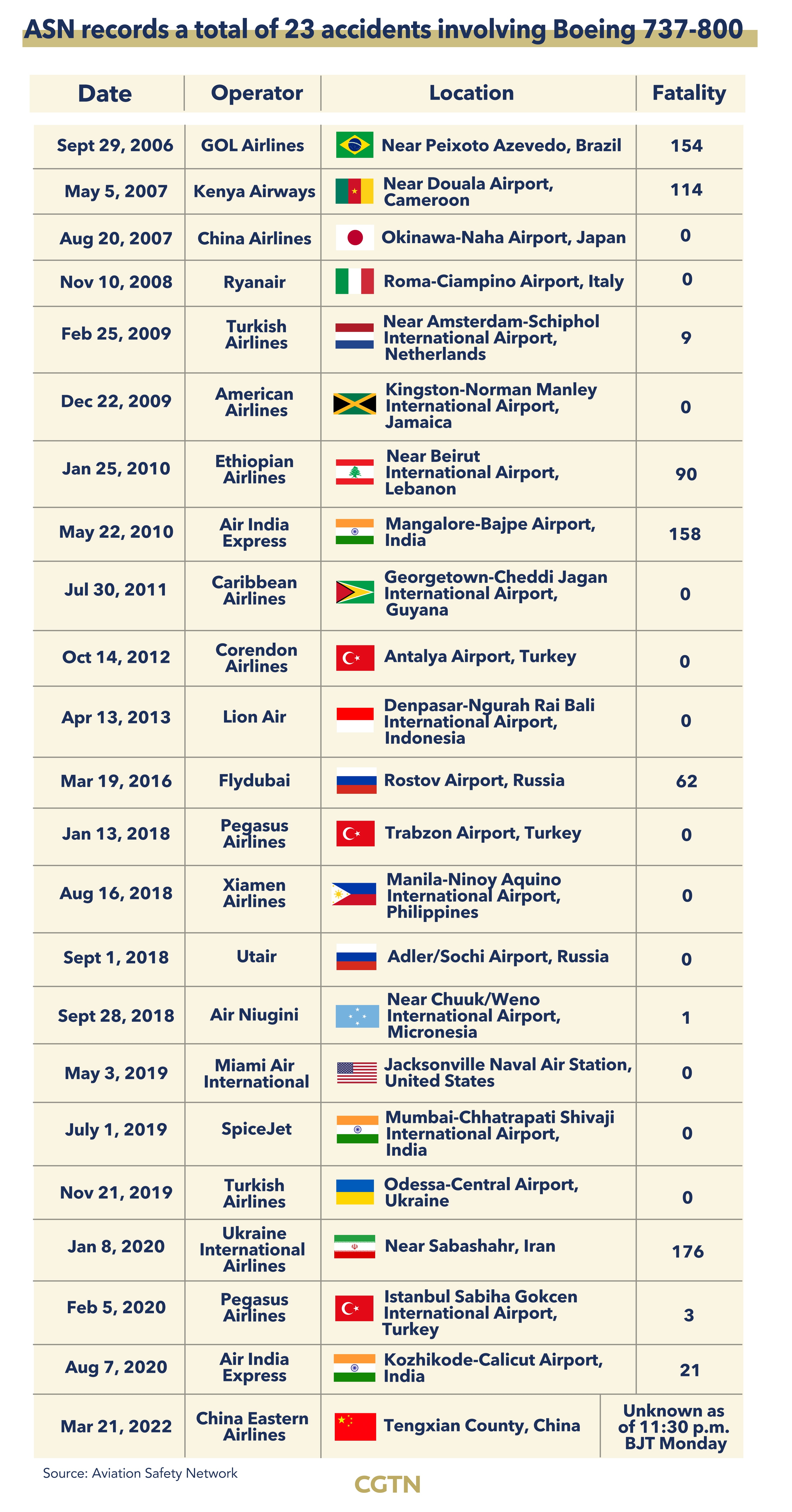