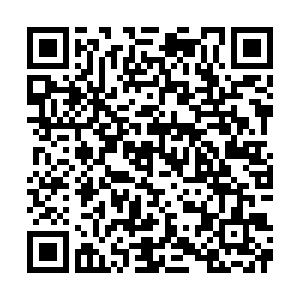 The Chinese Embassy in Britain on Monday urged the UK not to misinterpret or distort China's position on the Ukraine issue, stressing China's principled stance on the issue has been objective, fair, transparent and consistent.

UK media quoted Prime Minister Boris Johnson as saying that China should change its approach of "sitting on the fence" regarding Ukraine, and warning that "backing Russia was like picking the wrong side of history in the Second World War, a battle between good and evil."

A Chinese Embassy spokesperson responded that China does not want to see the crisis in Ukraine, and always stands on the side of justice and peace, and on the right side of history.

To solve the Ukraine crisis, the pressing priority now is for all sides to jointly support the parties involved to have dialogue and negotiation that will produce results and lead to peace, the spokesperson stressed.

"It is critical to cease hostilities as soon as possible, prevent the situation from worsening, and in particular, avoid more civilian casualties," the spokesperson said.

The spokesperson also called for rejecting the Cold War mentality, refraining from bloc confrontation and building a truly balanced, effective and sustainable security architecture for the region, so as to achieve long-term stability in the European continent.

China has been working with all sides to push for peace talks, the spokesperson said, adding that China has put forward a six-point initiative on the humanitarian situation in Ukraine and provided several batches of humanitarian aid to the country.

The United States and NATO should also have dialogue with Russia so as to address the crux of the Ukraine crisis and ease the security concerns of both Russia and Ukraine, the spokesperson stressed.

Noting China supports all efforts that are conducive to a peaceful solution of the crisis, the spokesperson also voiced firm opposition to the practice of pouring fuel over fire, instigating conflicts and creating bloc confrontation.

"We will never accept any external coercion or pressure, and we will oppose any groundless accusation against China," the spokesperson added.