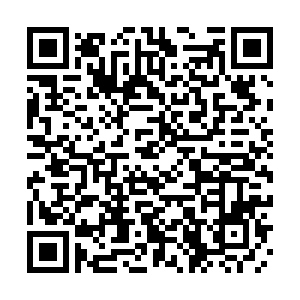 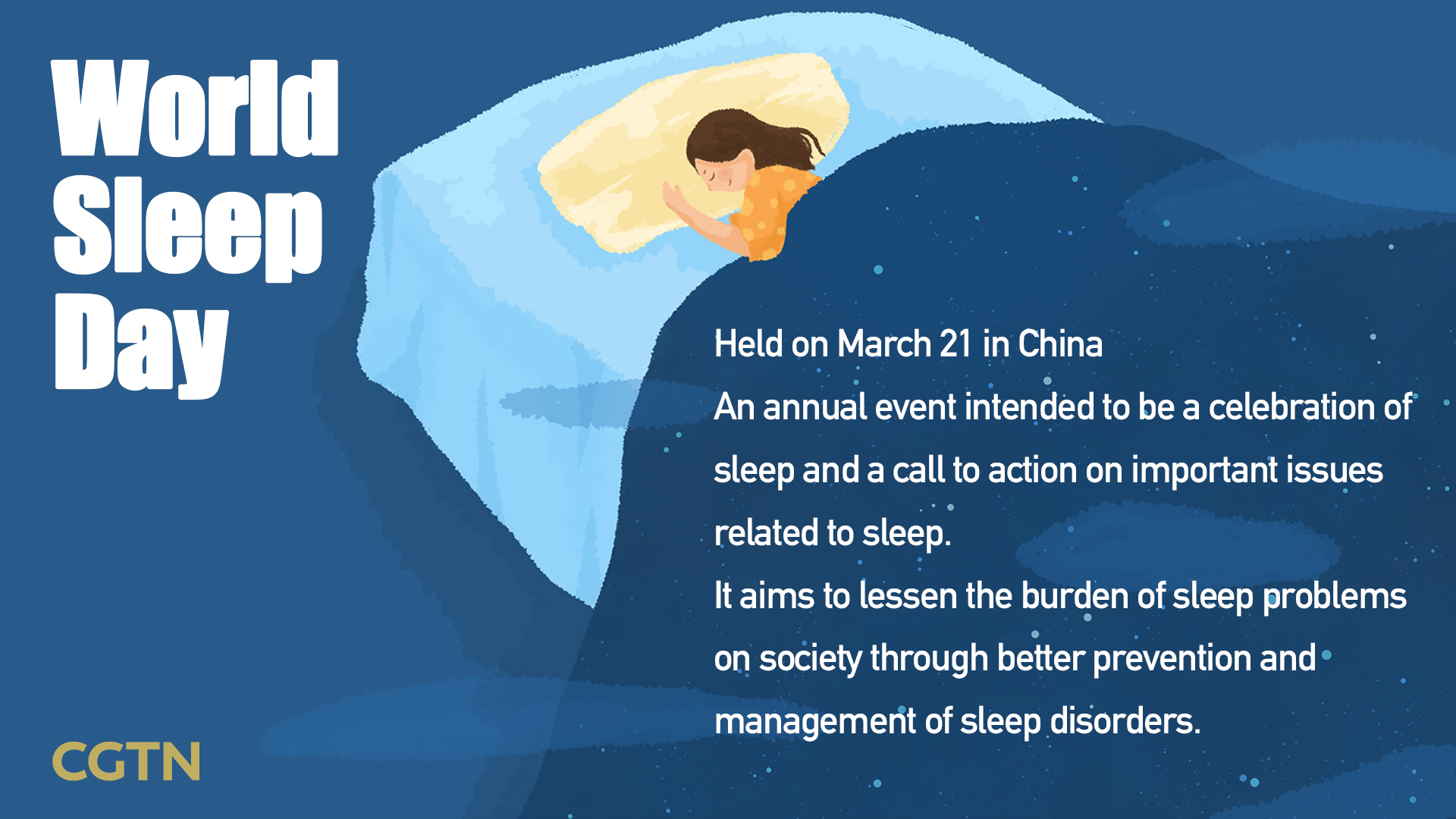 Editor's note: In recent years, China has increased its efforts toward improving people's access to high-quality healthcare services and adequate medical insurance to reduce their health risks and improve well-being. On each international day related to health, CGTN's China section reports on health issues facing the country and measures taken by the government to resolve them as well as people's contributions to combating certain diseases. This piece is on World Sleep Day, which is held on March 21 in China. It focuses on the sleeping problems of the people in China and what the experts say about alleviating them.

Over the past 10 years, the average sleep time of Chinese people has reduced by about 1.44 hours per day, from 8.5 hours in 2012 to 7.06 hours in 2021, due to factors including delayed sleep caused by using mobile phones or the internet, long working hours and sleep disorders such as insomnia, while only just 35 percent of Chinese people get enough sleep for 8 hours, according to a study published by the Institute of Sociology, Chinese Academy of Social Science, on March 18. 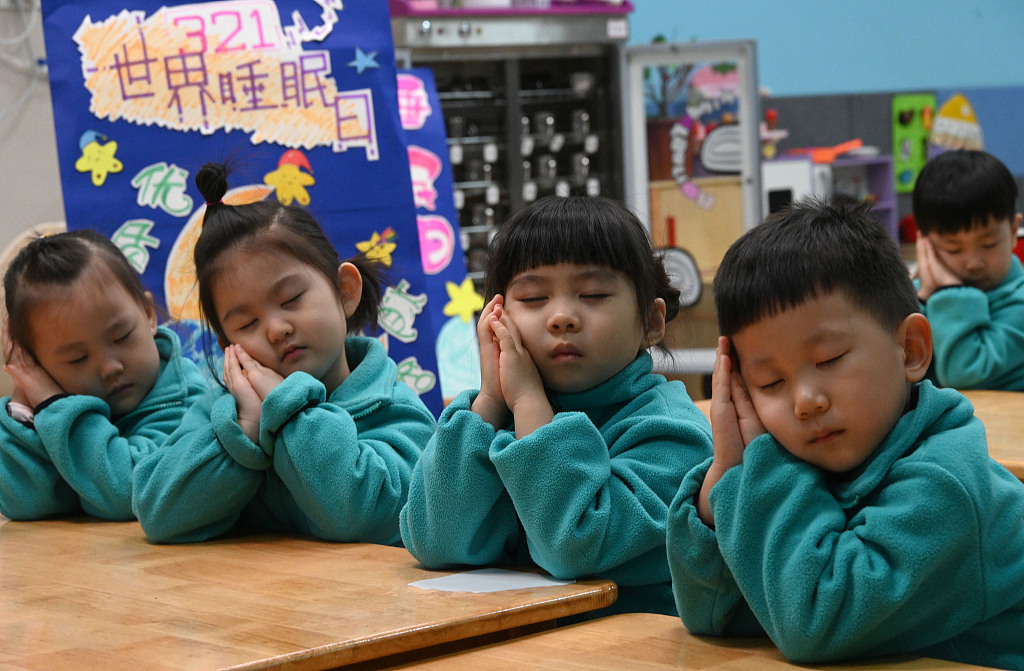 Chinese people now go to bed late and do not sleep for as long as they used to, and mobile phones are one of the many factors. About 74 percent of respondents in the study said they "always" or "sometimes" look at their phones for a while before bedtime every day. In comparison, according to the study, some 50 percent said they "sometimes" or "always" have insomnia due to using their phones before going to bed.

"I used to go to bed after 2 a.m., but recently I've been sleeping around 3 or 4 a.m. because I have been playing a new mobile game," Xia, a 26-year-old Beijing resident, told CGTN. She understands the importance of going to bed early and getting enough sleep for good health but could not stop playing those mobile games, she added.

Zhao Shen, a 32-year-old media practitioner, told CGTN that he watches short videos lying in bed, which delays his bedtime to around 1 or 2 a.m. "As I have to wake up around 7:30 a.m, I usually sleep five to six hours a day. But I have formed a habit, and now I can't even fall asleep without watching a bunch of videos." 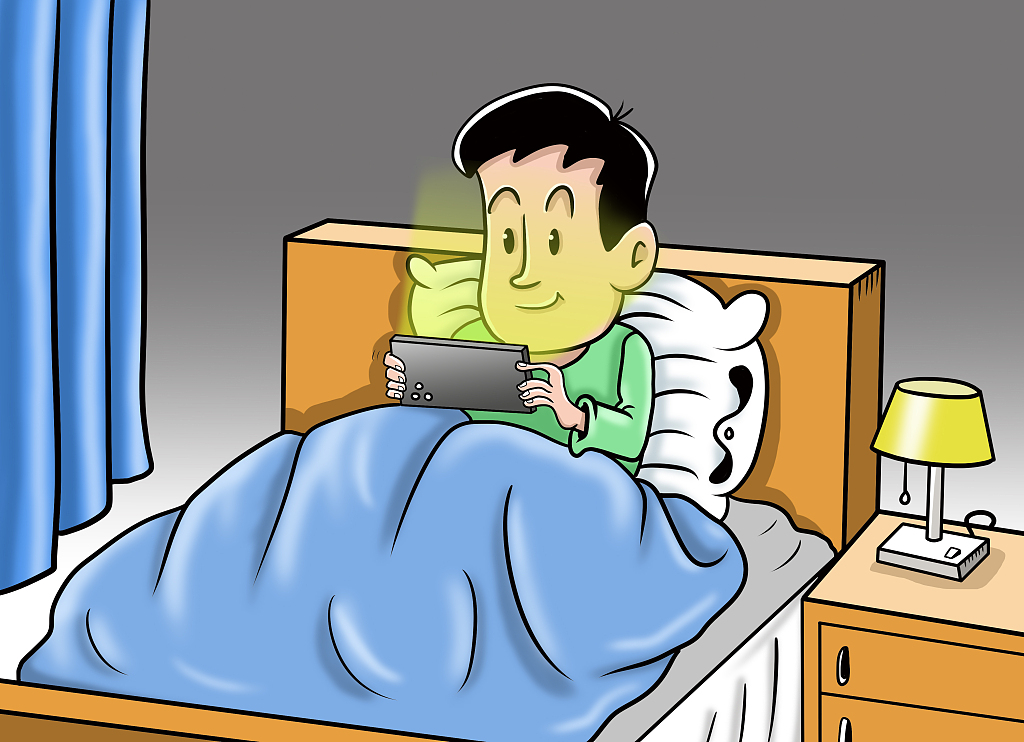 A cartoon of a man plays phones before sleeping. /CFP

A cartoon of a man plays phones before sleeping. /CFP

Moreover, long working hours are another culprit. "As I usually get off work late, I have to sleep late to have some time for myself," 26-year-old Ma Teng, who works in sales at a rental services company in Beijing, told CGTN. He said he goes to bed between midnight and 1 a.m. almost every night.

"I usually get off work around 7.00 or 8.00 p.m and work six days a week. After I get home, I do some chores, chat with my friends and watch some books or TV shows till midnight." He added that it is very common for people in his industry to go to bed late, and many of his colleagues go to bed after midnight.

"The blue light emitted by electronic products suppress the secretion of melatonin, a hormone primarily released by the pineal gland at night, and has long been associated with sleep control," said Xu Jiahui, attending physician at Sleep Medicine Center of Sir Run Run Shaw Hospital (SRRSH) affiliated with Zhejiang University School of Medicine. 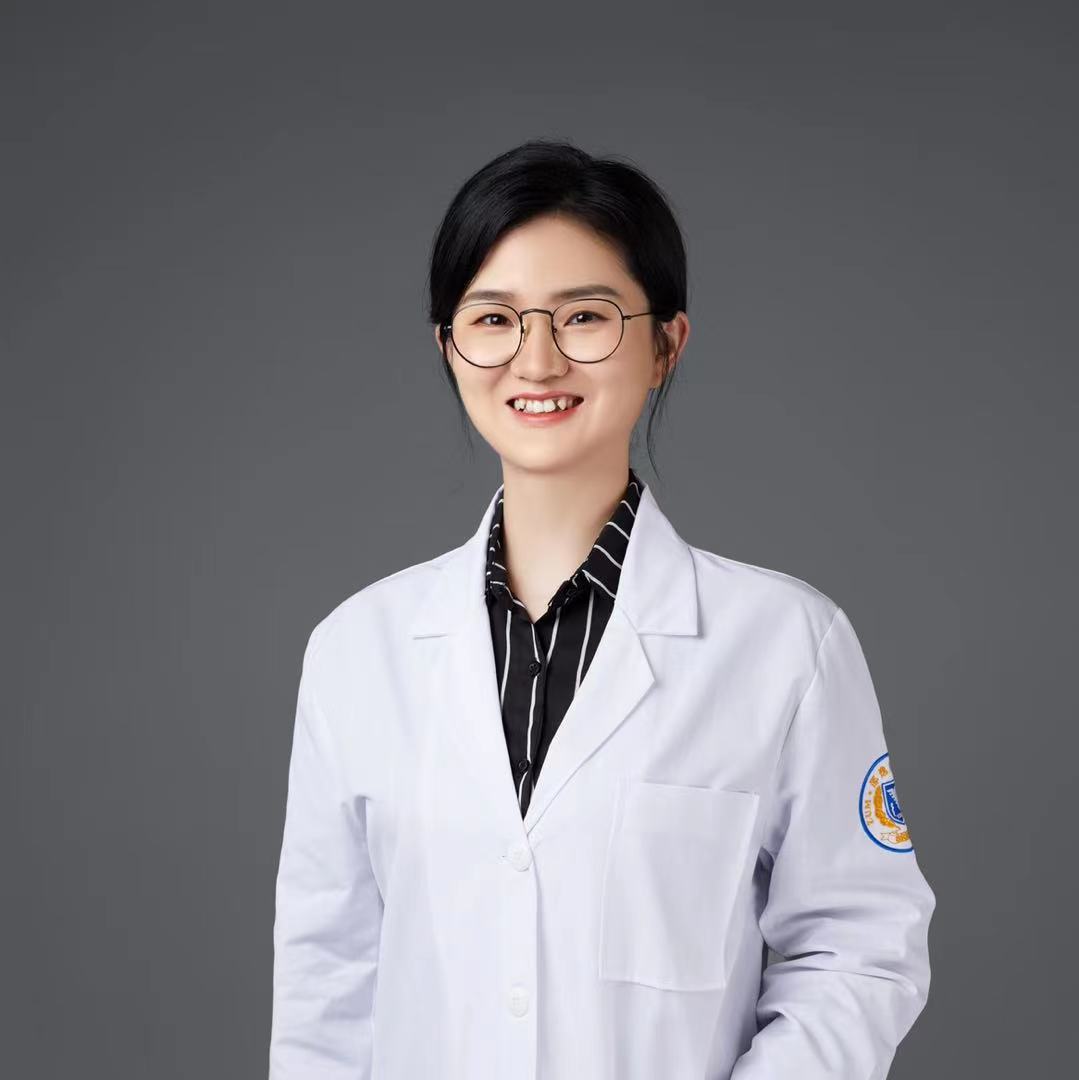 "Continued use of phones in bed can also affect the association between sleep and bed. When you see the bed, what you think of is not sleep, but the feeling of being awake in bed," said Wu Zhe, director of the Department of Physical and Mental Diseases and the Department of Insomnia, Beijing Yanhua Hospital.

It is recommended not to use electronic products, such as mobile phones or computers, half an hour before going to bed, he said, adding that all things unrelated to sleep should be avoided while in bed. "When you go to bed, turn off the lights and just sleep."

"Sleeping is very important to our health, both mentally and physically. A third of our lifetime is spent sleeping. Long-term lack of sleep can have various effects on us, such as spiritual deterioration, lack of mental clarity, poor concentration, loss of memory and emotional instability," Wu said.

It also has some potential long-term harms, such as increasing the risk of anxiety or depression, as well as decreased immunity, Wu added.

"In order to improve the sleep quality, it is recommended to go to bed at around 10 to 11 p.m. and sleep for 7 to 8 hours per day for adults," Xu said. "If you have no choice but to sleep late, please form a regular sleep schedule and get enough sleep," Xu said.

"If you occasionally can't sleep due to sleep disorders such as insomnia, just take it easy, don't be overly anxious about it, and follow your usual sleep routine. As your natural biological clock will help you restore normal sleep soon," Xu said. However, if insomnia lasts for more than three months and becomes a menace, it is better to seek medical attention, She said.

Training oneself to fall asleep

"To have a sound sleep, on the one hand, we must maintain a good mental state and be optimistic. On the other hand, be regular, make a schedule, stick to it, sleep before 11 and have enough sleep," said Wu, adding that When you wake up and feel full of energy, it means that you have a sound sleep.

Besides, one can try to get more sun exposure and exercise during the day, but do not eat or exercise within two hours of going to bed at night, Xu recommended.

"The bedroom environment should be quiet and comfortable, with suitable light and temperature and don't do things in bed that are not related to sleep, such as eating, playing games, watching TV," Xu said.

"It is also suggested not to drink coffee or milk tea or alcohol and other substances that can disrupt sleep afternoon."

On this special day, CGTN also talked with ASMR vlogger MTkoala, who shared her insights on the emerging career of ASMR "sleeper." ASMR appears to activate regions of the brain associated with calming, sleep-inducing hormones like dopamine and oxytocin. 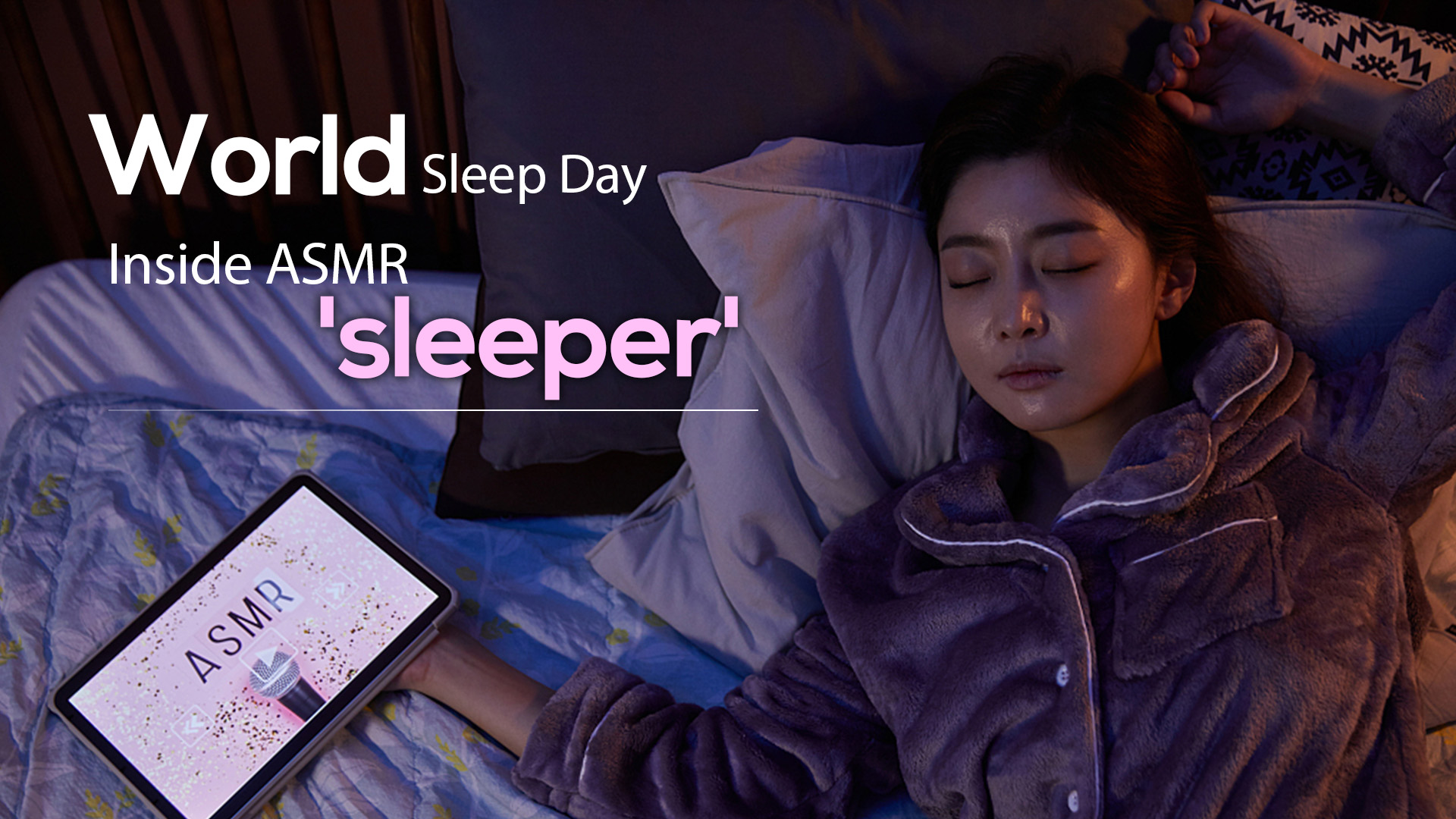