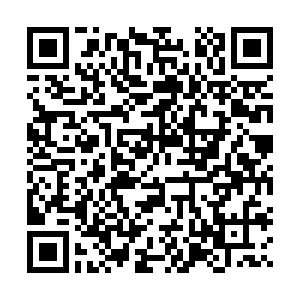 China and a group of countries on Monday called on the UN Human Rights Council to continue attending to serious human rights violations against Indigenous people and take necessary action.

Delivering a joint statement on behalf of the group of countries at the 49th session of the Human Rights Council, Jiang Duan, minister of the Chinese mission to the UN in Geneva, said they are deeply concerned about some countries' serious human rights violations against Indigenous people.

"In the past centuries, the countries in question have oppressed and exploited Indigenous people, violating their human rights and fundamental freedoms, looting their land and resources, killing with brutality their population and eliminating their culture," he said, adding that some Indigenous children, who were sent to "residential schools" for assimilation, were abused and many died unnatural deaths – the truth of which has been covered up to this day.

Jiang said the countries in question have not yet taken effective measures to protect the rights of the Indigenous people in their society and discriminatory legislation and policies remain in force.

"Indigenous people in those countries are subject to systemic discrimination and inequality and have been marginalized at the bottom of the society. Their disadvantaged position further deteriorated under the impact of the COVID-19 pandemic," he said.

The Chinese diplomat urged the countries in question to immediately act to correct their wrongs, investigate human rights violations against Indigenous people, hold those responsible accountable, seek redress for the victims, and completely eliminate discrimination.

"We call upon the Human Rights Council to continue attending to serious human rights violations against Indigenous people by the countries in question and take necessary action," he said.

(Cover: Jiang Duan, minister of the Chinese mission to the UN in Geneva, speaks during an online event titled "Systemic Violations of Indigenous People's Rights by the U.S., Canada and Australia" on the sidelines of the 49th session of the Human Rights Council in Geneva, March 18, 2022. / Chinese Mission to UN in Geneva)