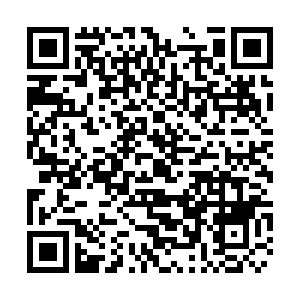 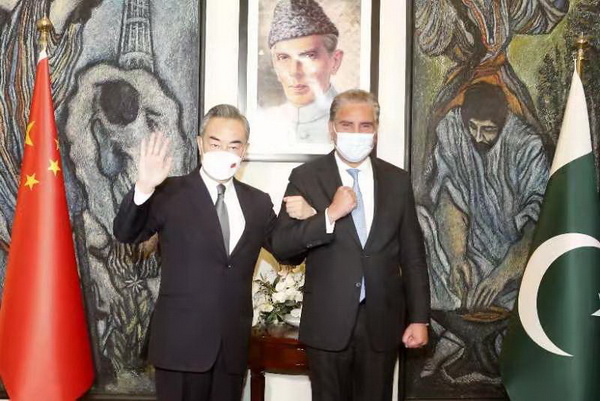 Chinese State Councilor and Foreign Minister Wang Yi said on Monday that China and the Islamic world have a strong desire to build partnerships for unity, justice and development.

During a joint press conference with Pakistani Foreign Minister Shah Mahmood Qureshi in Islamabad, Wang said it was the first time for him to attend, in his capacity as the Chinese foreign minister, the 48th session of the Council of Foreign Ministers of the Organization of Islamic Cooperation (OIC), which was held in the Pakistani capital.

He said his presence at the OIC event reflected the strong desire of China and the Islamic world to further deepen cooperation. He also said the theme of the OIC foreign ministers' meeting – "Building Partnerships for Unity, Justice and Development" – bears special significance under the current international circumstances.

China and the Islamic world both enjoy a profound history, seek similar values and share historic missions, Wang said, adding that China is ready to build partnerships with the Islamic countries for mutual support and understanding.

The cooperation between China and the Islamic world is a key part of South-South cooperation, he said.

In the face of centennial changes and the once-in-a-century pandemic, Wang said it is necessary for China and the Islamic world to forge closer ties, speak with one voice and safeguard their common interests.

Noting the challenges faced by the international system and basic norms governing international relations, Wang expressed China's willingness to work with the Islamic world to pursue multilateralism, safeguard sovereignty, independence and national dignity of all states, uphold the purposes and principles of the UN Charter, and maintain fairness and justice in international relations.

Underlining the huge potential and complementary advantages in the cooperation between China and Islamic countries, Wang said China is ready to join hands with friends of the Islamic world to make due contributions to global economic recovery and growth.

Noting that he is paying his first visit to Pakistan since the outbreak of the COVID-19 pandemic, Wang said China and Pakistan are committed to enhancing strategic coordination and pragmatic cooperation. 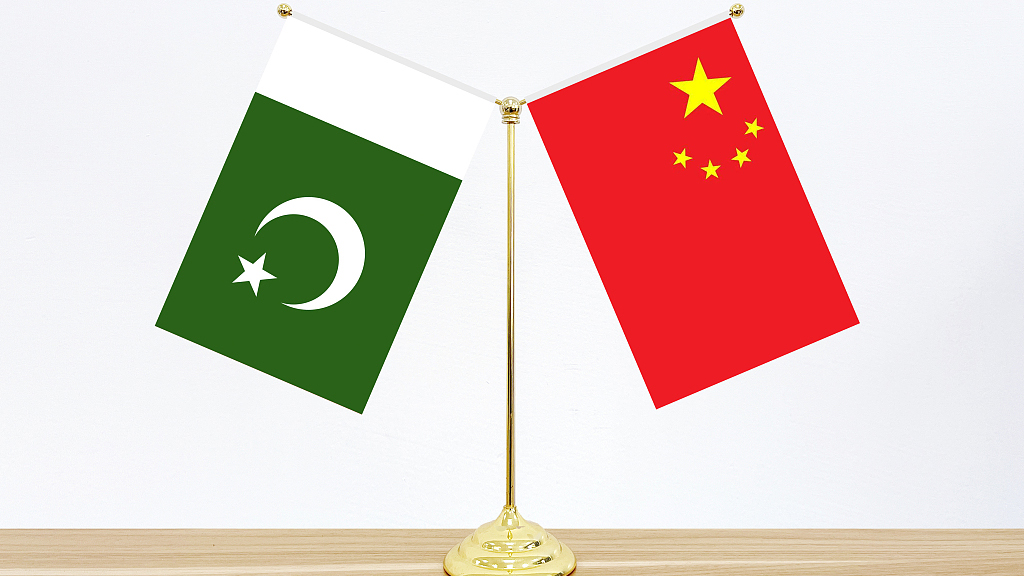 At the joint press conference, Wang said he held extensive and in-depth talks with Qureshi on bilateral ties.

China and Pakistan need to strengthen strategic communication and join hands to build a closer China-Pakistan community of a shared future for regional peace and prosperity, he said.

The Chinese foreign minister proposed that to further China-Pakistan ties, efforts should be made to give firm support to each other, and accelerate common development and revitalization.

No matter what changes take place in the international situation and their respective countries, China will stick to its friendly policy toward Pakistan, firmly support the Pakistani people in taking a development path that fits their own national conditions, and support Pakistan in defending its sovereignty, independence and territorial integrity, Wang said. 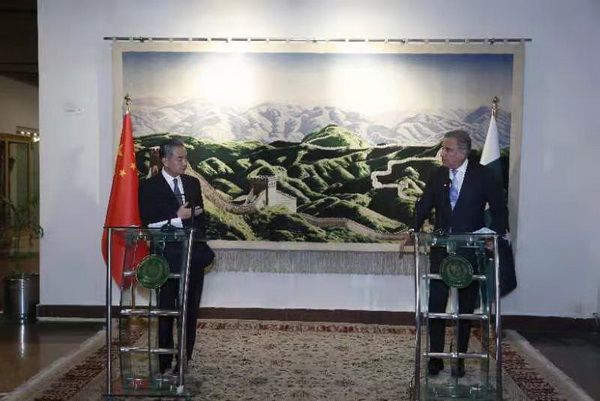 China supports Pakistan in severely punishing the perpetrators of the Dasu terrorist attack, appreciates its efforts to strengthen the security of Chinese personnel and projects in Pakistan, and will, as always, help Pakistan improve its law enforcement and security capacity, Wang said.

The Pakistani foreign minister extended condolences to the families of the victims of a China Eastern Airlines plane crash at the beginning of the talks with the Chinese foreign minister.

During the talks, the two foreign ministers also exchanged views on the Russia-Ukraine conflict.

The two sides raised their common concerns over the spillover effects of unilateral sanctions. They said international law and the purposes of the UN Charter should be upheld and called for achieving an end to the hostilities through diplomatic dialogue.

The Chinese and Pakistani sides also voiced hope that in the principle of indivisibility of security, a solution to the root cause of the Ukraine issue can be found, and a balanced, effective and sustainable European security architecture can be built.