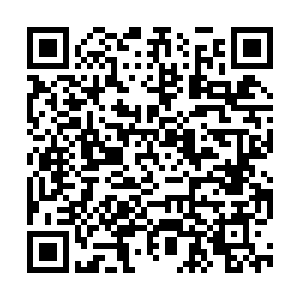 A Chinese Foreign Ministry spokesperson on Wednesday reiterated that the Taiwan question differs in nature from the Ukraine issue and the two are not comparable at all.

Spokesperson Wang Wenbin made the remarks when asked to comment on a virtual meeting between Taiwan leader Tsai Ing-wen and former Japanese Prime Minister Shinzo Abe, as the pair were reported to have a discussion on the issues including the Ukraine situation and the peace of the "Asia-Pacific region" on Tuesday.

Highlighting Taiwan is an inalienable part of China's territory, Wang stressed there is no so-called "president of Taiwan".

China opposes any country having diplomatic ties with Beijing from making any form of official contact or exchange with Taiwan, and firmly rejects Taiwan's accession to any agreement or organization of official nature, the spokesperson said, adding this position has always been clear and consistent.

He also said, Japan committed countless crimes during its colonial rule in Taiwan for half a century, and thus bears grave historical responsibilities to the Chinese people.

Noting some political forces in Japan are openly colluding with the "Taiwan independence" forces and pointing fingers at the Taiwan question, Wang said China deplores and rejects this and has lodged solemn representations with the Japanese side.

He warned that Taiwan is China's internal affair and has nothing to do with Japan, adding it is dangerous and futile for some people in Japan to compare Taiwan with Ukraine and encourage a breakthrough in relations with Taiwan.

Wang urged the Japanese side and some politicians to deeply reflect on history and earnestly abide by the principles stipulated in the four political documents between China and Japan and its commitments made so far.

The Japanese side should also stop any form of official exchanges with Taiwan, refrain from supporting the "Taiwan independence" elements, act prudently on the Taiwan question and stop making provocations, he added.

Wang also accused Taiwan's Democratic Progressive Party (DPP) authority of exploiting the Ukraine issue. "No matter what tricks the DPP authorities play, they cannot change the fact that Taiwan is a part of China, they cannot stop the trend that Taiwan will return to the motherland, and they cannot save the "Taiwan independence" forces from the eventual destruction."

Zhu Fenglian, a spokesperson for the Taiwan Affairs Office of the State Council also called on the Japanese side to correct the wrongdoings on Taiwan-related issues, refrain from going further and come back to the commitment to the one-China principle, which is the right path to follow.

She added the DPP authority's attempt to rely on external forces to seek "Taiwan independence" is doomed to fail.