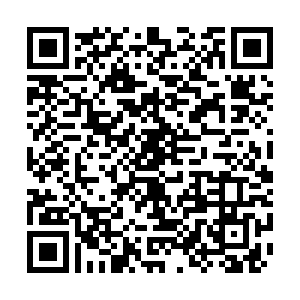 The Russia-Ukraine conflict continues on Wednesday as both Kyiv and Moscow claim their peace talks are encountering "difficulties."

"The negotiations are continuing online. They are proceeding with significant difficulties because the Ukrainian side has clear and principled positions," Ukraine's lead negotiator Mykhaylo Podolyak told reporters in written comments.

His comments came after Russian Foreign Minister Sergei Lavrov earlier accused Kyiv of shifting its negotiating position, saying the United States was working to keep Russia and Ukraine "in a state of military action as long as possible."

Russia said its forces used long-range weapons fired from the sea to hit a Ukrainian arms depot outside the northwestern city of Rivne and two Tochka-U missile launchers in an industrial zone in the outskirts of Kyiv. The defense ministry published footage of what it said was eight Kalibr missiles being fired from a warship at Ukraine's military infrastructure.

Ukrainian officials said that two civilians were killed in overnight shelling in the Mykolaiv region, a bridge was destroyed over the River Desna in Chernihiv and residential buildings and a shopping mall were struck in two districts of Kyiv, wounding at least four people.

The Pentagon said there are signs that Ukrainian forces are going on the offensive, retaking a town near Kyiv and attacking Russian forces in the south of the country.

Humanitarian corridors were set up to evacuate civilians from three towns in the southern Zaporizhzhia region and four villages in the central Kyiv region, Vereshchuk said at a media briefing.

Besides, people will be evacuated through the humanitarian routes from Mariupol city in the southeast and Rubizhne town in the east, Vereshchuk said.

The United Nations refugee agency Wednesday said 3,626,546 Ukrainians have fled the country since the conflict broke out.

More sanctions against Russia and the tightening of existing measures will be announced Thursday when President Joe Biden meets European allies in Brussels, U.S. officials said.

Biden will attend summits with NATO, the Group of Seven and the European Council before flying to Poland.

Putin said Wednesday Russia will only accept payments in rubles for gas deliveries to "unfriendly countries", which include all EU members.

Poland is expelling 45 Russian diplomats suspected of working for Russian intelligence, the foreign ministry said on Wednesday. Russia has denied the allegation, stressing Moscow will retaliate if its diplomats are expelled from Poland.

(A Ukrainian evacuee hugs a child in the train station in Przemysl, near the Polish-Ukrainian border, March 22, 2022. /AFP)