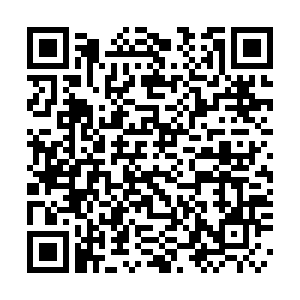 That would be the first full-capability launch of the nuclear-armed state's largest missiles since 2017.

According to Japanese authorities, the launch appeared to be a "new type" of ICBM that flew for about 71 minutes to an altitude of about 6,000 kilometers and a range of 1,100 km from its launch site.

The ROK's Joint Chiefs of Staff put the missile's maximum altitude at 6,200 km and its range at 1,080 km, adding that the projectile was launched "at a lofted angle," Yonhap News Agency reported.

That is further and longer than the DPRK's last ICBM test in 2017 when it launched a Hwasong-15 missile that flew for 53 minutes to an altitude of about 4,475 km and a range of 950 km.

During Thursday's regular press briefing, Chinese Foreign Ministry spokesperson Wang Wenbin called on all parties to focus on the peace and stability of the region and promote the political settlement of the Korean Peninsula issue when asked to comment on the matter.

The ROK tests fire its own missiles in response

Just hours after, the ROK's Joint Chiefs of Staff confirmed in a statement that the ROK was prompted to test-fire "some of its key missiles" as a clear counter-message against Pyongyang's missile launch.

The ROK has tested a volley of its own, smaller ballistic and air-to-ground missiles to demonstrate that it has the "capability and readiness" to strike missile launch sites precisely and command and support facilities and other targets in the DPRK if necessary, read the statement.

The United States and the ROK have recently warned that Pyongyang may be preparing to test-fire an ICBM at full range for the first time since 2017.

"The purpose of these tests, which did not demonstrate ICBM range, was likely to evaluate this new system before conducting a test at full range in the future, potentially disguised as a space launch," a U.S. official said at the time.

Pyongyang did not identify the missile system used in the launches but said they were testing components for a reconnaissance satellite system.