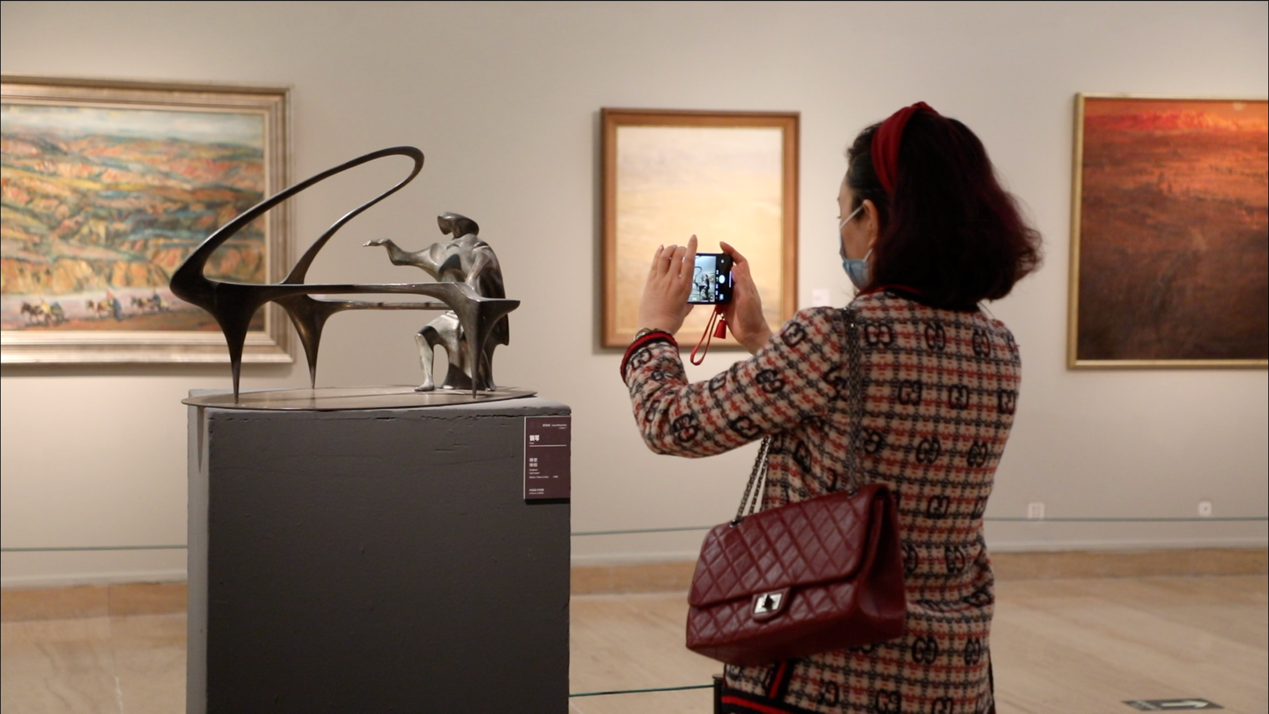 The National Art Museum of China is presenting a three-week-long exhibition of works from its own collection. The showcase will feature masterpieces from the past seven decades that depict the country's development during that period.

Wu Weishan, director of the museum, told CGTN that it's not easy to choose works for this exhibition.

"The National Art Museum of China has some 130,000 pieces. People are familiar with the works of great Chinese artists of the 20th century, like Qi Baishi, Xu Beihong and Fu Baoshi. Some of their works reflect the social changes from the 1950s till now," Wu said. "We've chosen the ones featuring creations of artists in different periods and different aesthetic values advocated by the public in different times." 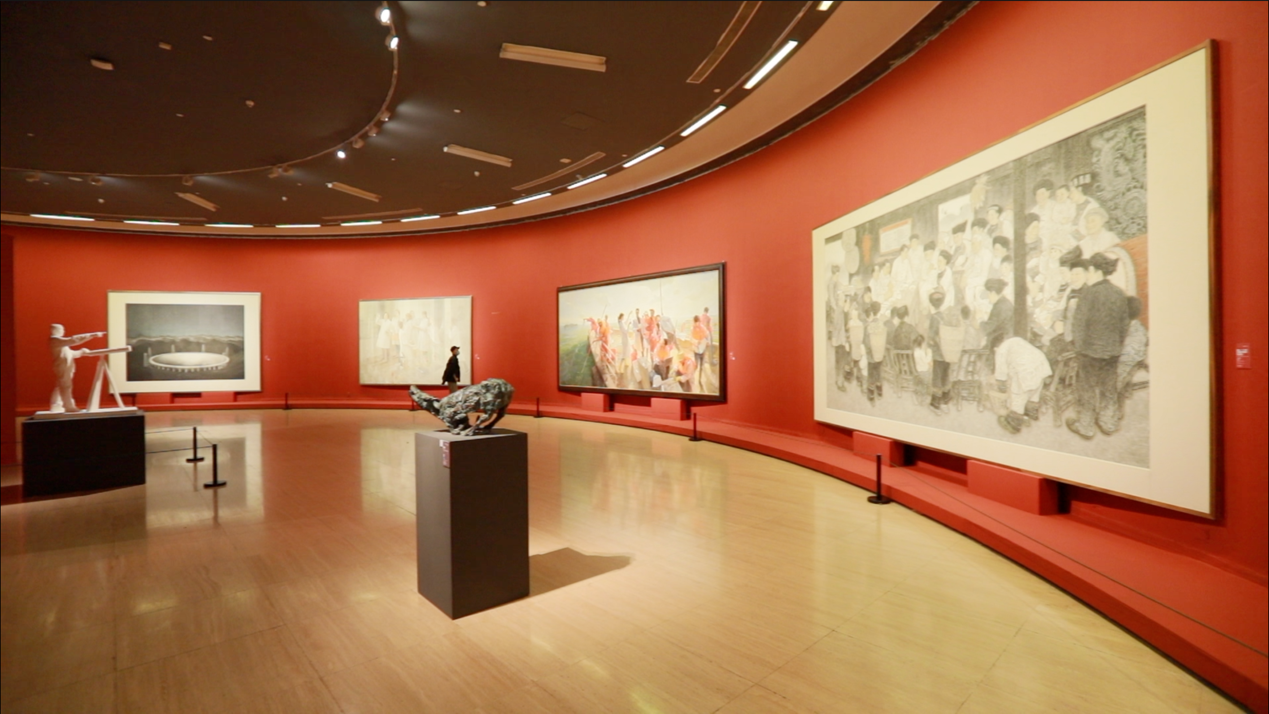 A view of the exhibition currently on display at the National Art Museum of China in Beijing. /CGTN

A view of the exhibition currently on display at the National Art Museum of China in Beijing. /CGTN

According to Wu, artworks that haven't been exhibited before are the first choice this time to give viewers a sense of freshness.

"This is the first time that I've seen an oil painting by Wu Guanzhong," Yang Jie, a visitor, told CGTN.

"I had seen quite a number of his ink paintings featuring poetic sceneries with special lining style. I spent quite a while in front of the work depicting a flock of geese on the Taihu Lake. Although the artist painted them only on paper, I felt like I was present in that scene. It seemed that every single goose was moving," Yang said. 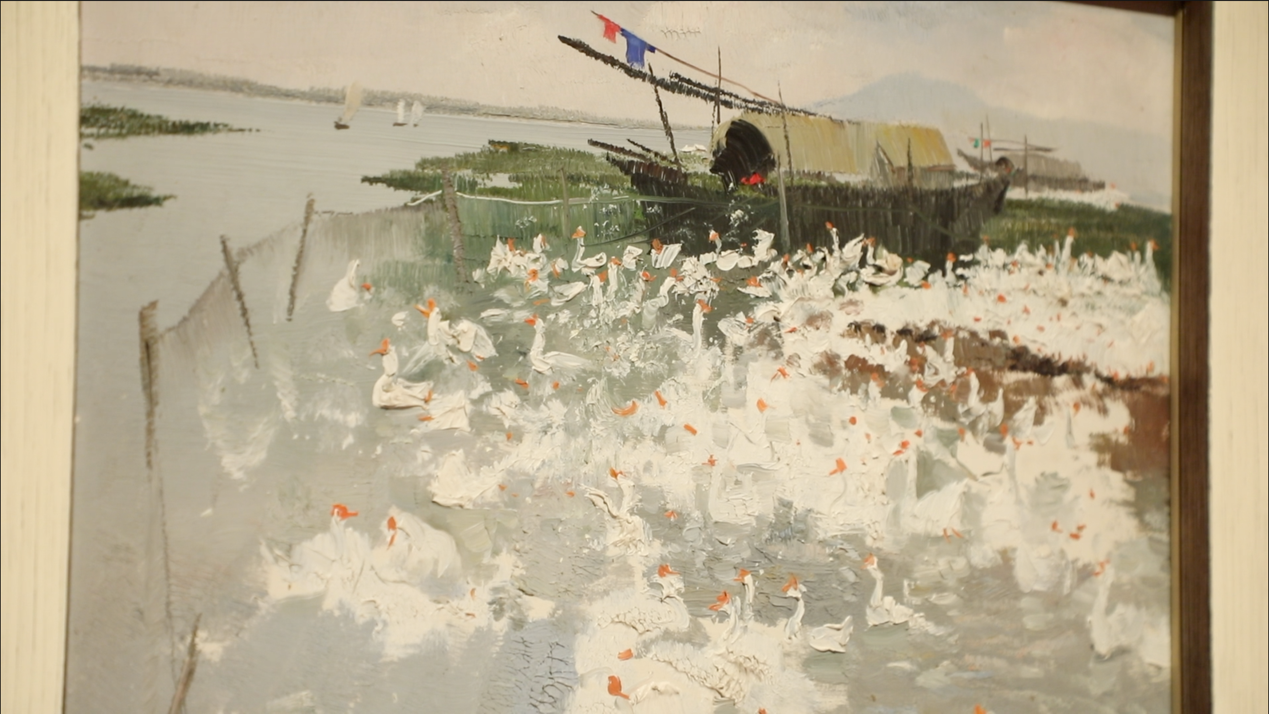 Almost every piece of artwork tells a story of how the artists tried to be a powerful voice in their time.

Fu Baoshi's landscape-themed ink painting has drawn a lot of attention. The artist embarked on a journey across the country in 1960 with his friends, seeking ways to adapt the classic Chinese mountain-and-water genre of painting to the artistic needs of his time. 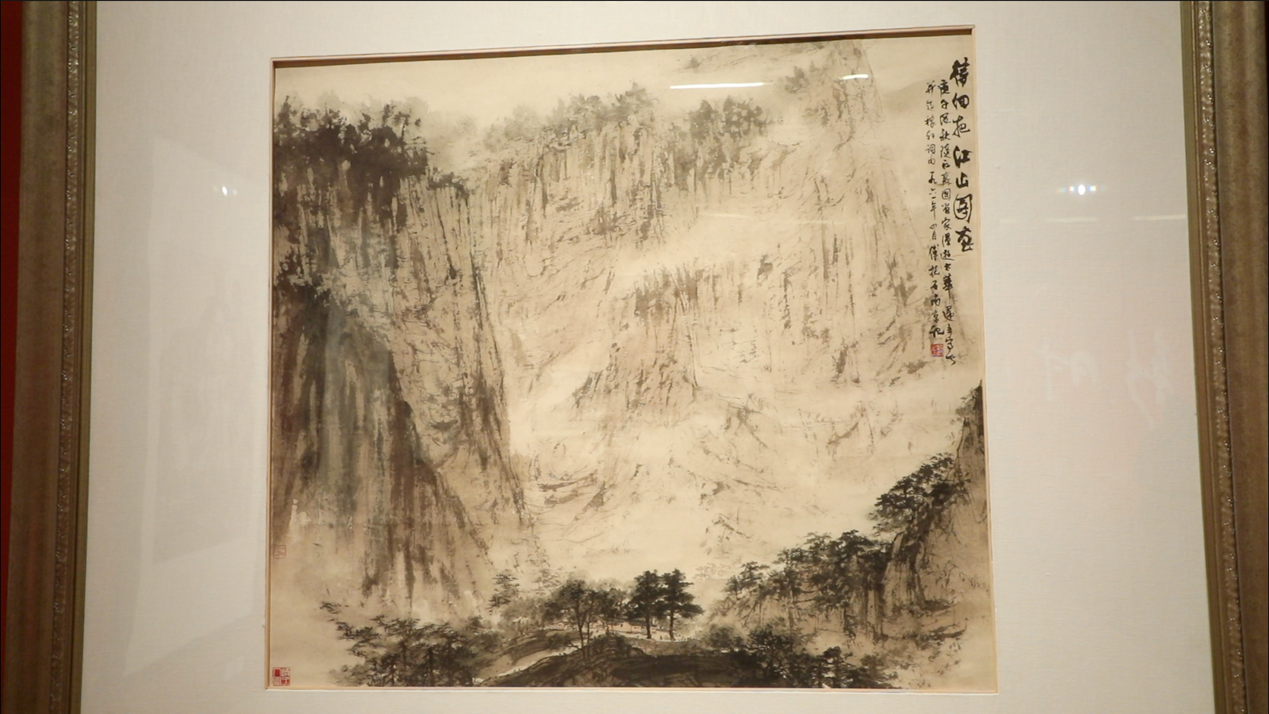 "Depicting the Landscape in Detail" by Fu Baoshi in 1961. /CGTN

"Depicting the Landscape in Detail" by Fu Baoshi in 1961. /CGTN

"Since the founding of the People's Republic of China, great achievements have been made in infrastructure construction, so the sceneries changed," Wu said. "Fu and other Chinese ink painters from Jiangsu Province took on an art journey of 11,500 kilometers. This work was painted by Fu when they made it to Mount Hua."

The nearly 300 contemporary art pieces would not be complete without works from young artists. Like their ancestors, they are also deeply rooted in traditional art but try to look ahead. 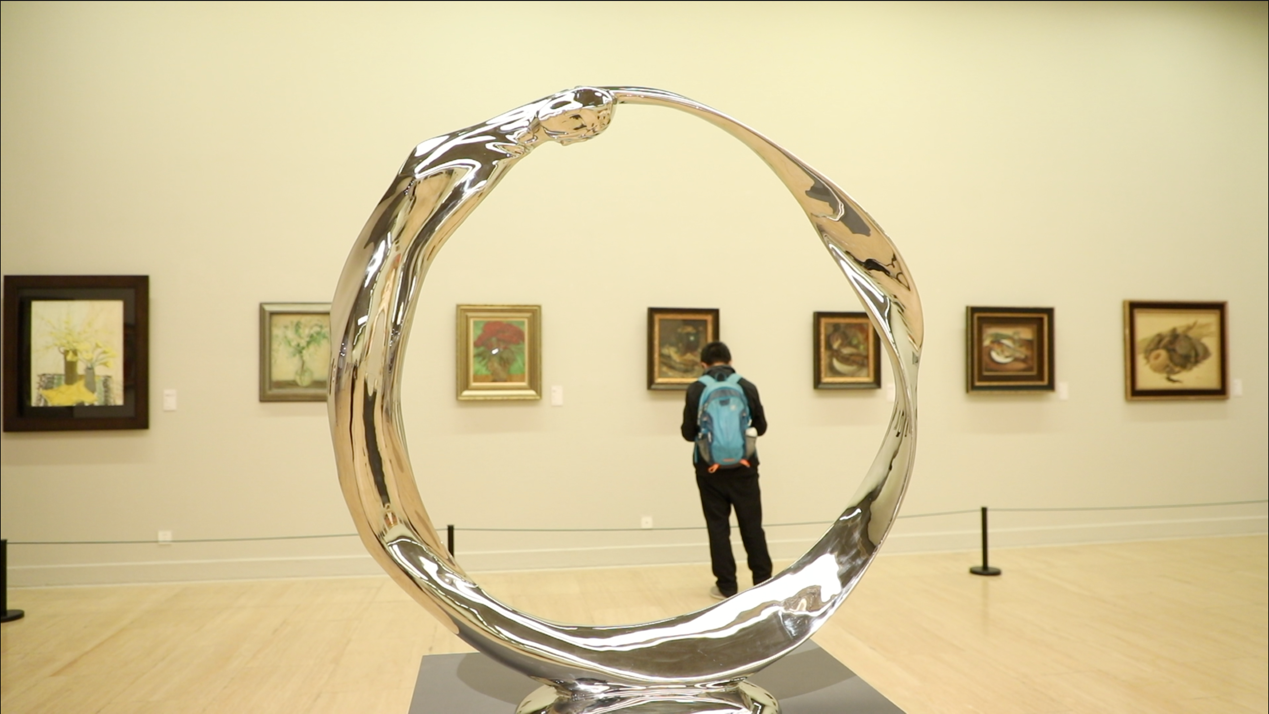 "This work is done by a young sculptor called Qi Hongyan," Wu said. "It features traditional Chinese operas. Qi created a steel circle to demonstrate the gesture of an opera singer fluttering her long sleeves. The material of mirror-like steel adds a modern feeling to it and reflects the surroundings. So, the environment will be part of the work. It's quite a creative idea."

The exhibition runs through to the end of March at the National Art Museum of China in Beijing.