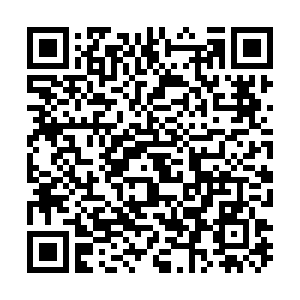 Chinese President Xi Jinping urged the international community to "make genuine efforts to promote peace talks" when dealing with the Ukraine crisis, calling to "create conditions" for a political settlement of the matter.

China is willing to continue playing a constructive role on this issue, Xi said on Friday afternoon during a phone conversation with British Prime Minister Boris Johnson.

Speaking of bilateral ties, as this year marks the 50th anniversary of the establishment of diplomatic relations at the ambassadorial level between the two countries, Xi said that the bilateral relationship in the past half century has witnessed continuous growth on the whole despite some ups and downs.

The Chinese president hailed the growing bilateral trade over the decades. The trade volume between the two countries has increased from $300 million to $100 billion dollars, and the two-way investment stock has risen from almost zero to $50 billion, he pointed out.

The two countries have coordinated and cooperated in such fields as global development and climate change, and have made positive contributions to tackling humanity's common challenges, Xi said.

Noting that China and Britain have different domestic conditions and development paths, Xi said the two sides should bear in mind a strategic and long-term perspective, respect each other, promote dialogue and communication based on openness and inclusiveness, and expand mutually beneficial cooperation.

Xi said that China is willing to conduct dialogue and cooperation with Britain in a frank, open and inclusive manner, and hopes that the British side can view China and China-Britain relations objectively, and work with China in promoting a continuous development of bilateral ties.

For his part, Johnson hailed the importance of the bilateral ties. Trade between Britain and China has been growing rapidly, and Chinese students in Britain outnumber those in any other European country, of which, he said, Britain is very proud.

Britain and China, two permanent members of the UN Security Council, share common interests on many issues and can work with each other on many things, he said.

The UK leader also said that Britain is willing to have candid dialogues with China, strengthen bilateral exchanges and cooperation, expand bilateral economic and trade cooperation and deepen communication and coordination on such global issues and regional hotspots as climate change and bio-diversity.