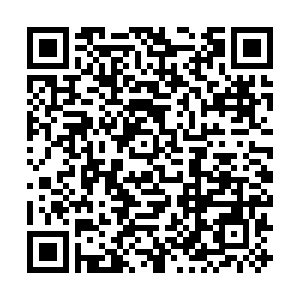 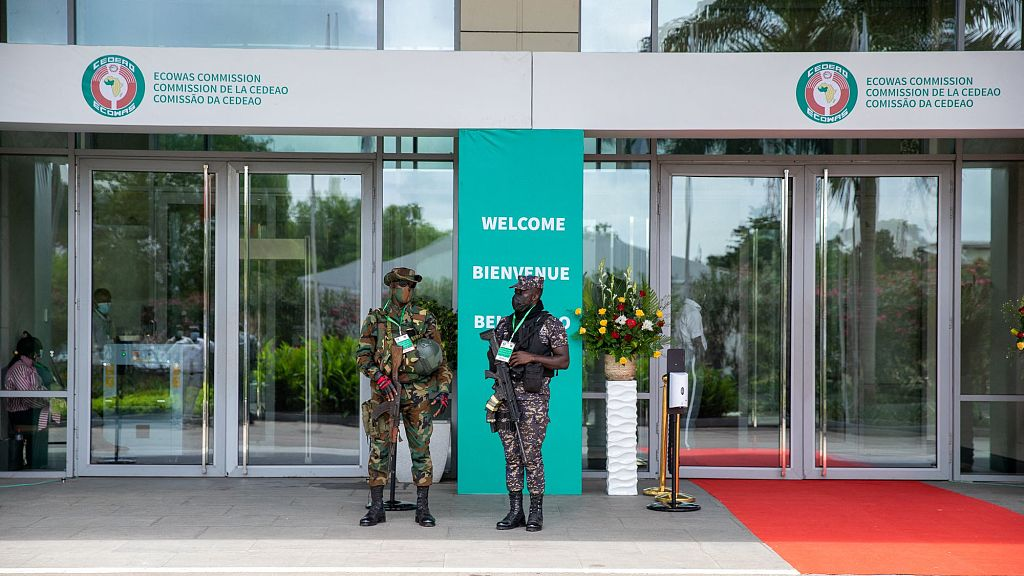 Security personnel are seen at an extraordinary meeting on the political situation in Guinea by the Economic Community of West African States (ECOWAS), in Accra, Ghana, September 16, 2021, /CFP

Security personnel are seen at an extraordinary meeting on the political situation in Guinea by the Economic Community of West African States (ECOWAS), in Accra, Ghana, September 16, 2021, /CFP

West Africa's main political and economic bloc said on Friday it would give Mali's military transitional government 12 to 16 months to arrange elections and offered Guinea's ruling government a month to propose a democratic transition timeline.

West Africa has been rocked by two coups in Mali, one in Guinea and one in Burkina Faso since August 2020.

The 15-nation ECOWAS has repeatedly condemned the military takeovers and is trying to bring power back into civilian hands.

"Our democratic values must be preserved," Kassi Brou said. "Some countries are going through challenges, but we must address those challenges collectively."

ECOWAS has already imposed sanctions on Guinea and Mali for dragging their feet on restoring constitutional order.

Kassi Brou said those measures would be gradually lifted in Mali if its leaders respected the 12- to 16-month ultimatum. Harsher penalties will hit Guinea if it misses its own April 25 deadline, he warned.

"We have no idea when the transition [in Guinea] will end and this creates tensions in the region and inside the country," he said.

Mali's interim government failed on a promise to hold elections in February and first said it would keep ruling until at least 2025, which was then revised down to 24 months.

Guinea, whose ex-President Alpha Conde was overthrown in September, has yet to lay out handover plans.

Before Friday's meeting the bloc's chair, Ghanaian President Akufo-Addo, said it was "time to take stock of where we are with our three recalcitrant member states."

Sanctions in Mali have already severed the country's access to regional financial markets, caused job losses and contributed to its default on about $180 million in debt payments.

Burkina Faso, which has so far been spared, will also face sanctions if the military government does not release ex-President Roch Marc Christian Kabore from house arrest within the next month, Kassi Brou said.