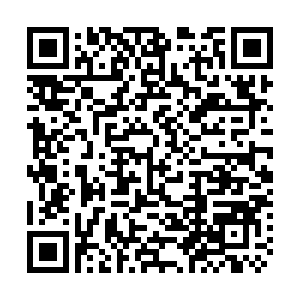 Next week, the one-month-old conflict between Russia and Ukraine is expected to continue while the foreign ministers of Afghanistan's neighbors are set to meet in China.

Russia-Ukraine conflict to drag on

One month into the Russia-Ukraine conflict, it is still unclear when and how this crisis will end.

The main tasks of the first stage of Russia's "special military operation" in Ukraine have been completed in general, the Russian military said Friday.

"The combat potential of the Ukrainian Armed Forces has been significantly reduced," said Sergei Rudskoy, first deputy chief of the General Staff of the Russian Armed Forces, adding that their "forces and means will concentrate on the main thing – the complete liberation of Donbass."

He stressed that the Ukrainian side insisted on a ceasefire, security guarantees and territorial integrity of Ukraine at the talks.

That was the first visit by the Chinese foreign minister since the change of government in Afghanistan in August 2021.

Wang's visit was of great significance, as it would have a positive effect on promoting peace and reconstruction in Afghanistan and upholding peace and stability in the region, said a spokesperson for the Chinese Foreign Ministry.

During the Chinese diplomat's visit, the two sides exchanged views on the third Foreign Ministers' Meeting on the Afghan Issue among the Neighboring Countries of Afghanistan to be held in China at the end of this month.

The first such meeting was chaired by Pakistan on September 8, 2021, one day after the Afghan Taliban announced the formation of an interim government in Kabul. The second meeting was held in Tehran, the capital of Iran, on October 27, 2021.

Friday: Prime Minister of Nepal Sher Bahadur Deuba is all set to embark on a three-day official visit to India (to April 3); Iran celebrates Independence Day; the President of India, Ram Nath Kovind, pays a state visit to the Republic of Turkmenistan and Kingdom of the Netherlands (to April 7).

Saturday: Argentina marks the 40th anniversary of the start of war over the Malvinas Islands, also known as the Falklands; Israeli Prime Minister Naftali Bennett pays his first official visit to India (to April 5).