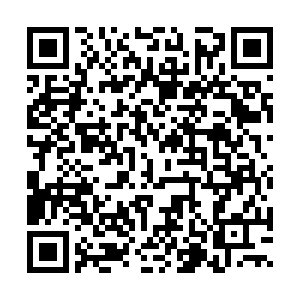 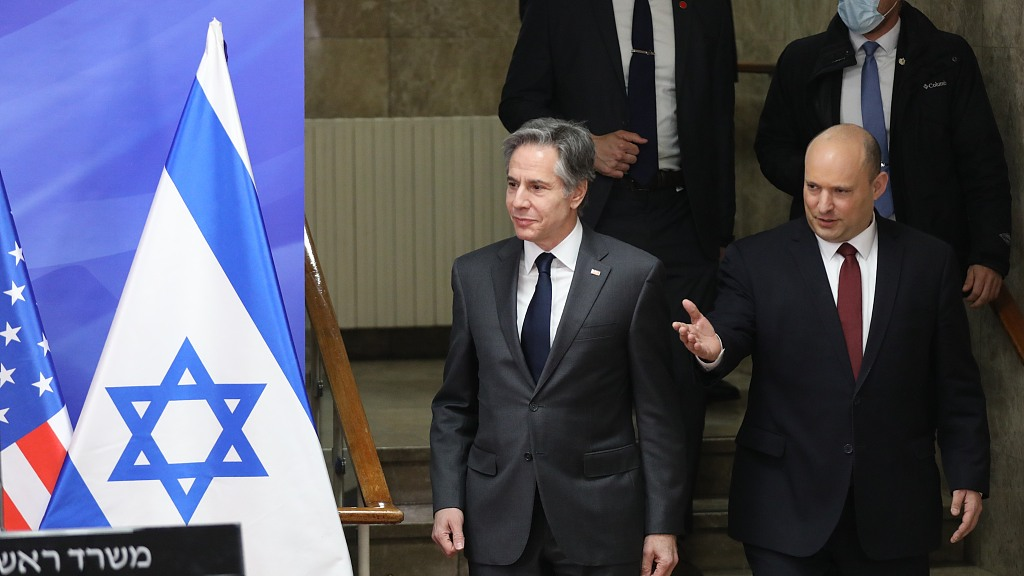 Israeli Prime Minister Naftali Bennett (R) and U.S. Secretary of State Antony Blinken prepare to give a press statement after their meeting at the prime minister's office in Jerusalem, Israel, March 27, 2022. /CFP

Israeli Prime Minister Naftali Bennett (R) and U.S. Secretary of State Antony Blinken prepare to give a press statement after their meeting at the prime minister's office in Jerusalem, Israel, March 27, 2022. /CFP

Israeli and Arab partners convened for a rare summit in Israel on Sunday attended by U.S. Secretary of State Antony Blinken, who sought to reassure the U.S. allies over Washington's diplomacy with Iran.

The issue is likely to dominate the two-day gathering, which includes foreign ministers from three Arab states that normalized ties with Israel in 2020, even as peacemaking with the Palestinians remained stalled.

Blinken's visit comes as some U.S. allies in the region question the Biden administration's commitment and brace for fallout from an Iranian nuclear deal and the Ukrainian crisis.

The nuclear talks had been close to an agreement several weeks ago until Russia made last-minute demands of the United States, insisting that sanctions imposed on Moscow over its "special military operation" in Ukraine should not affect its trade with Iran.

Restoring a 2015 nuclear deal "is the best way to put Iran's nuclear program back into the box it was in", Blinken said.

But whether or not that happens, "our commitment to the core principle of Iran never acquiring a nuclear weapon is unwavering," he said alongside Israeli counterpart Yair Lapid in Jerusalem, before the summit got underway.

ISIS claimed responsibility for the attack, according to a statement posted on the group's Telegram account.

On Twitter, Blinken wrote: "We condemn today's terrorist attack in Hadera, Israel. Such senseless acts of violence and murder have no place in society." At the summit, Blinken is also expected to press Arab allies to step up support for Ukraine to fend off Russia's military operation as several Gulf nations have so far stopped short of providing meaningful assistance.

After talks with Blinken, Israeli Prime Minister Naftali Bennett, who has cautioned that a nuclear deal with Iran would not be binding on Israel, said he hoped Washington "will hear the concerned voices from the region, Israel's and others."

Attending the Lapid-hosted summit in a desert hotel will be the United Arab Emirates, Bahrain and Morocco, which were part of the so-called Abraham Accords brokered by the Trump administration to normalize ties with Israel.

Egypt's foreign minister, whose country on Saturday marked 43 years of peace with Israel, will also join the summit.

"Normalization is becoming the new normal in the region," Blinken said, adding that Washington hoped "to bring others in."

Before travelling to the summit venue, Blinken held talks in the occupied West Bank with Palestinian President Mahmoud Abbas and voiced continued U.S. commitment to a two-state solution of the Israeli-Palestinian conflict.

The venue for the foreign ministers' meeting is Sde Boker, where Israel's founding father and first prime minister, David Ben-Gurion, retired and is buried.