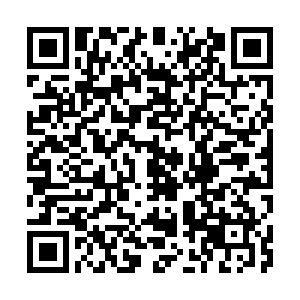 Palestinian President Mahmoud Abbas on Sunday told visiting U.S. Secretary of State Antony Blinken that the Israeli occupation of the Palestinian territories must end through a political solution.

During a meeting with Blinken in the West Bank city of Ramallah, Abbas stressed the need to resolve all permanent status issues, including the refugee issue, and the release of all prisoners under the auspices of the International Quartet and international resolutions, Palestine's official news agency WAFA reported.

Abbas called on the U.S. to implement its commitment to the two-state solution by stopping Israeli settlement and settlers' assaults, preserving the historical situation in al-Aqsa Mosque in East Jerusalem, and prohibiting Israel's unilateral actions.

Abbas also demanded that the U.S. consulate in East Jerusalem be reopened and that U.S. laws designating the Palestine Liberation Organization (PLO) as a "terrorist organization that encourages incitement" be repealed.

He told Blinken that current events in Europe showed "blatant double standards, despite the crimes of the Israeli occupation," according to the report.

"The continuation of the unilateral Israeli measures will soon lead to the implementation of the Palestinian Central Council decisions that called for the termination of commitments to all agreements signed with Israel," Abbas was quoted as saying.

For his part, Blinken reiterated the U.S. commitment to the two-state solution principle and pledged to prevent any party from taking any action to raise the level of tension.

Blinken is scheduled to attend a conference in southern Israel with his counterparts from Bahrain, Morocco, the United Arab Emirates and Egypt.