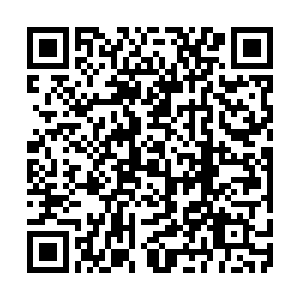 The yen fought to regain a footing on Tuesday, recovering a little from heavy selling as some traders start to see risks of official pushback if Japan's currency falls much further.

The yen has been hammered some 7 percent lower through March as the Bank of Japan has stuck with dovish policy settings – this week buying bonds to defend its yield target – while central banks in the rest of the world are hiking rates.

On Monday, it dropped as far as 125.10 versus the dollar, round about where authorities have made verbal pushback in the past. On Tuesday, it rose about 0.5 percent in Asia trade to sit at 123.32 to the dollar.

The greenback was broadly steady, meanwhile, keeping the euro at $1.0996 and capping a recent rally in the Australian dollar to hold it just below $0.75.

Japan's central bank bought a little more than $500 million in bonds on Monday and another $2 billion on Tuesday morning, having vowed to make unlimited purchases in the market until Thursday to defend its 10-year yield target of 0.25 percent.

The move, a demonstration of resolve to keep Japan's monetary policy ultra easy, underlines the stark contrast with an ever-more-hawkish sounding U.S. Federal Reserve and has tipped the already-sliding yen off a cliff.

But with Japanese government bonds (JGBs) barely rallying, and indeed five-year bonds selling further, it is clear that some investors doubt the longevity of Japan's policy.

"Anyone who watched the RBA 'cap' blow is probably excitedly (and logically) short (on) JGBs right now hoping for a similar move in Japan rates," said Brent Donnelly, president at analytics firm Spectra Markets, referring to the Reserve Bank of Australia's (RBA) abandonment of its yield target in November.

Minutes from the Bank of Japan's March meeting published on Tuesday showed policymakers stressing the need to keep monetary policy ultra loose, even as some of them saw signs of growing inflationary pressure.

Yet economists see pressure for a shift if persistent yen weakness exacerbates inflation by raising import costs, particularly for energy, and reckon that 125 is a key level.

"Japanese yen depreciation is a big problem for the Japanese economy, because the economy – especially households – is facing rising inflation and yen depreciation could accelerate that," said Kentaro Koyama, chief economist at Deutsche Bank in Tokyo.

"If the dollar/yen rate exceeded 125 I'd expect some more severe verbal intervention," he said, coming either from politicians or even the central bank.

Among other majors the New Zealand dollar was a fraction weaker at $0.6889 and the sterling was under pressure at $1.3093.

European consumer confidence data and U.S. job openings figures are due later in the day.