China's first hybrid carrier rocket, the Long March-6A, blasted off at 5:50 p.m. Beijing Time on Tuesday with two satellites on board from the Taiyuan Satellite Launch Center in north China's Shanxi Province. It has become part of China's new generation of carrier rockets.

The new rocket is a medium launcher, spanning 50 meters, with a liftoff weight of 530 tonnes.

Powered by three liquid-fueled core boosters and four solid-fueled boosters, it is able to take advantage of the two different fuels. 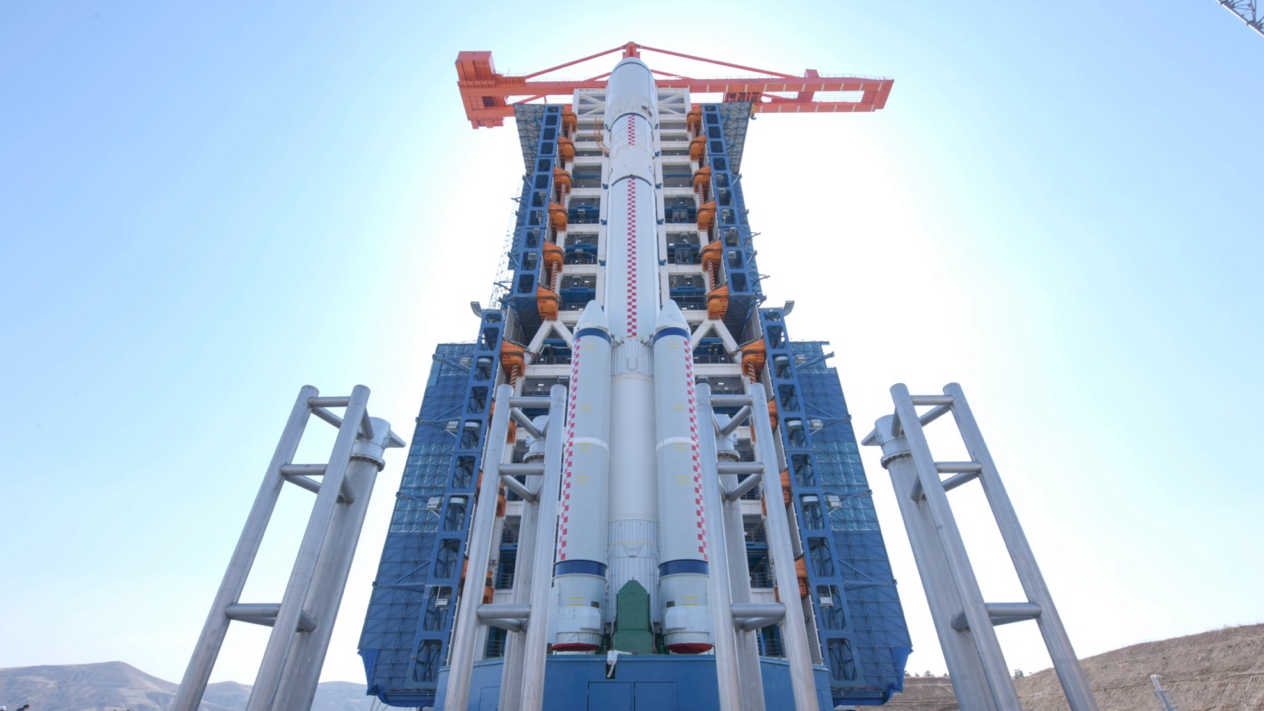 Mixing the two types of fuel makes the rocket stronger and faster, as well as more reliable and economical, thus meeting the needs of intensive launches of multiple types of satellites.

Experts say the mix of solid side boosters and liquid core engines has been a main form of many other countries' rocket power systems for decades.

The successful launch of the Long March-6A marks a milestone in the history of China's space program, boosting launch capability, technology development, and the potential for commercial exploration of the cosmos.

The Long March-6A was developed by the Eighth Academy of China Aerospace Science and Technology Corporation (CASC). The rocket is also the first in the country to be equipped with a so-called "health check" system, which can sense malfunctions and automatically abort launching.

The two satellites on board are the Pujiang-2, for tasks including scientific experiments and land resources survey, and Tiankun-2, for experiments on space environment detection technology.

Long March-6A carrier rockets have followed some module designs of its predecessor, the Long March 5. The shared module designs can be applied to develop diverse rockets for different purposes.

"In our new generation carrier rockets family, we developed many rocket series by combining shared module designs," said Hong Gang, chief commander of Long March-6A of the Eighth Academy of CASC. Booster combinations of a carrier rockets can be diverse, such as a rocket with no booster or a rocket with two solid boosters or two liquid boosters, depending on the launch missions.

The flexible combination can effectively cut down the preparation time and the launch cost, according to Hong.

"Our general modules can be assembled into different types, just like building legos, to meet the needs of different carrying capacity."